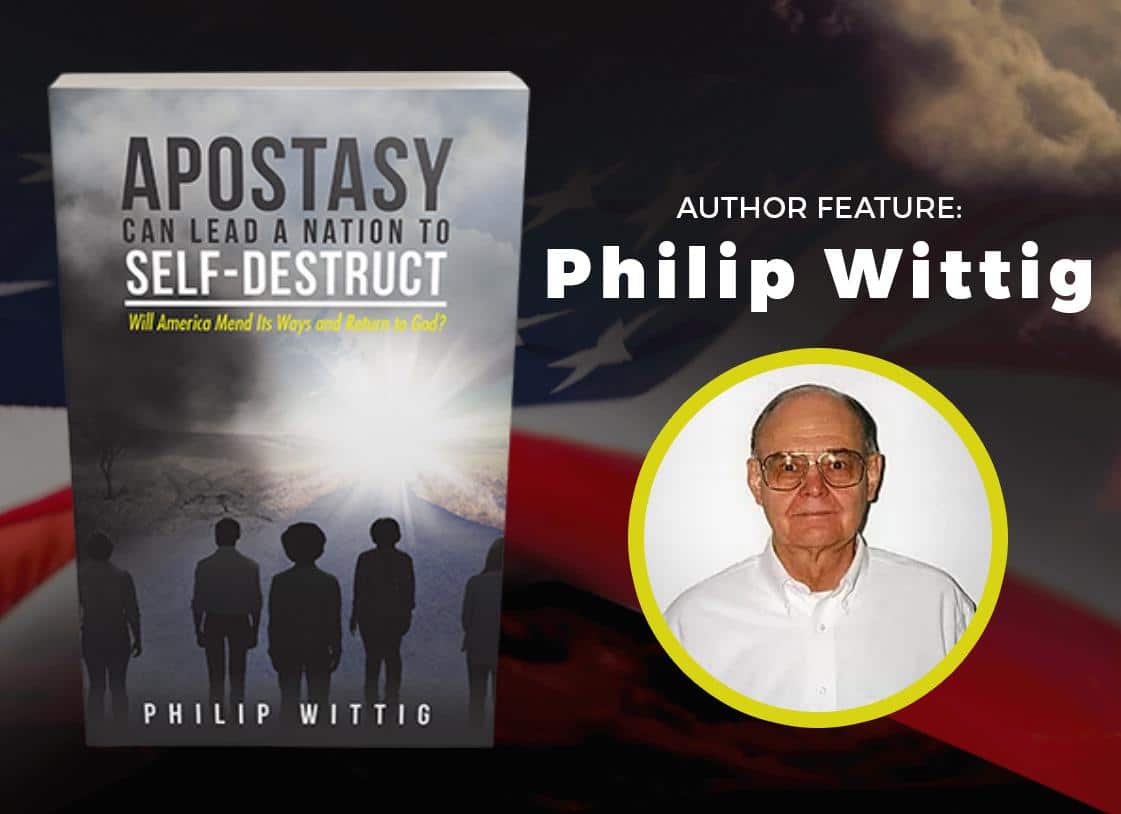 Philip Wittig’s commitment to the salvation of America is very evident in his 2017 work Apostasy Can Lead a Nation to Self-Destruct.

After the events of the 2011 September 11 attacks, various materials have been published regarding America’s path to self-destruction. For many decades, the United States has made many enemies both foreign and domestic because of its neoliberal policies and wars of aggression, among others. Most of these books tackle politics, terrorism, military-industrial complex, and greed for other nation’s wealth.

For author Philip Wittig, America is heading towards self-destruction, unless its people will repent and return to God. His book Apostasy Can Lead a Nation to Self-Destruct: Will America Mend Its Ways and Return to God? It is both a warning and an appeal to the American people to change their ways and return to the path of righteousness or suffer destruction. ReadersMagnet features Philip Wittig, his views on American society, religion, and what his book is truly all about.

Philip Wittig is a Lutheran and an active member of the Sheridan Lutheran Church in Lincoln, Nebraska since 1968. He has served in various capacities. He’s been facilitating a men’s Bible study for the past 13 years. Philip has committed to reading the Bible daily. This led to reading and studying the whole Bible. During his study of the Old Testament, Philip Wittig encountered an interesting story. The story of ancient Israel and their relationship with God caught Philip Wittig’s attention. The Bible tells the story of the ancient Israelites, God’s chosen people. God delivered them from bondage and in return the people worshipped Him. However, the Israelites began to turn away from God. They began worshipping and sacrificing to false gods and idols. God pleaded with the people of Israel. He commanded to return to Him and honor His commandments. Finally, God decided to abandon the people of Israel and leave their fate to the evil Assyrians. Philip Wittig that the same is happening in the United States. America is heading towards the same path as Israel. Wittig worries that if the nation does not repent and return to the good grace of God, its people will suffer the same tragedy that befell the Israelites more than three thousand years ago. Thus, his book Apostasy Can Lead a Nation to Self-Destruct.

Apostasy Can Lead a Nation to Self-Destruct

Apostasy Can Lead a Nation to Self-Destruct: Will America Mend Its Ways and Return to God? is Philip Wittig’s 2017 religious and historical book. In this work, Philip paints a stark comparison between two great nations, three thousand years apart in history. For Wittig, ancient Israel is similar to America in several ways. Wittig discussed how the ancient Israelites lost their way and forgot how God took care of the generations before. This supposed “historical amnesia” resulted in apostasy or abandonment of their belief in God, resulting in God finally giving up on His people. In the same way today, America is in a deep spiritual crisis. According to Witting, God is slowly abandoning America. The September 11 attack is a reminder that America is no longer under God’s protection. Instead, military and church leaders and the government failed to see this sign. Instead, they are giving attention and budget to beef up national security and another military spending. Political correctness and policing the world has become America’s priority rather than honoring God and returning to a more moral and humane path. Wittig’s book hopes to educate readers by identifying how the nation could experience the same fate if the people fail to see the need to change their ways. More importantly, he hopes to inspire people to strengthen their faith and together as a nation, return to the good grace of God, our creator, and protector.

Paul Wittig’s Apostasy Can Lead a Nation to Self-Destruct: Will America Mend Its Ways and Return to God? has received numerous positive reviews from the book publishing industry’s most trusted book review publications such as BlueInk Reviews, Foreword Reviews, The US Review of Books, and Kirkus Reviews. The book was also exhibited in book fairs in America and around the world, such as the 2020 Los Angeles Times Festival of Books, Miami Book Fair, and Frankfurt Book Fair.