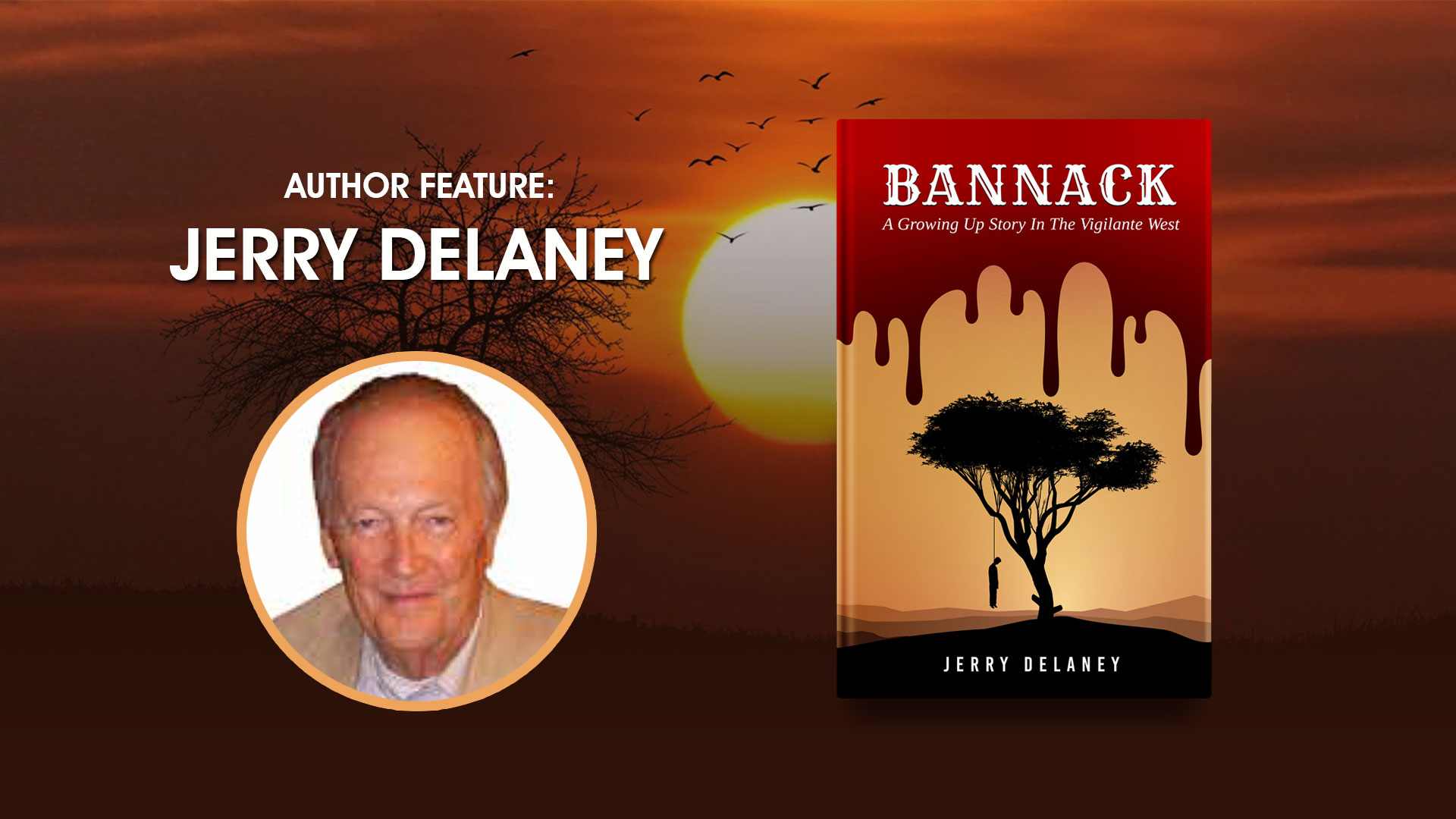 Thomas “Jerry” Delaney is the author behind the young adult Western fiction, Bannack: A Growing Up Story In The Vigilante West.

Bannack: A Growing Up Story In The Vigilante West is a Young Adult book by Jerry Delaney. It is a historical fiction about the legendary town of Bannack, known for its large-scale gold discovery in the 1860s and its violent history, in particular vigilantes and outlaws. Today, we will feature a Montana native and the author behind the beautifully written historical fiction about this famous but now abandoned town in American Frontier.

Thomas “Jerry” Delaney was born in northwest Montana. He spent his childhood in Polson, a small town in Lake County, Montana. Jerry went to Georgetown University in Washington, where he finished his college education. He formerly served as director of public affairs at Memorial Sloan-Kettering Cancer Center in New York City.

Thomas “Jerry” Delaney taught writing. He served as an adjunct writing professor at City College of New York and was editor of a health magazine. As a freelance writer, Jerry has taken on multiple writing projects, including editing a national health magazine and adapting a play based on Albert Camus, the famous French philosopher, and author. The said play was presented in Santa Fe, New Mexico.

The myths, legends, history of the Western frontier have always appealed to many writers and literary greats, and Jerry Delaney is one of them.

In 2020, Jerry released his masterpiece, Bannack: A Growing Up Story In The Vigilante West. By far, this is Jerry Delaney’s major work and his debut novel. It is a coming-of-age adventure set in one of the famous towns in the Western Frontier during the Civil War. As someone who grew up in the historical West’s tales, myths, and legends, Jerry vividly sets his novel in Bannack and majestic Montana.

Bannack: A Growing Up Story In The Vigilante West is consists of masterfully written 218 pages featuring wild adventure, history, tragedy, a journey to self-discovery, and redemption. The title for Jerry Delaney’s book is after the town famous for the gold rush, outlaws, and vigilantes. Bannack is located in Beaverhead County, Montana.

The narrative is told through the journey of a young man named Billy Mayfair, who was kicked out of his house in Illinois by his father. Billy Mayfair then sets on a journey towards Montana territory in the hopes of finding fortune in gold.

Just like many people during this period in history, Billy struggles to find a job and shelter. He finally lands a job in a Union hospital during the height of the Civil War. After saving money, Mayfair proceeds to travel north of Fort Benton and then settles in the town of Bannack, where his life will forever change.

In this remote town, Billy Mayfair begins life anew and settles. He also befriends the town sheriff, and they become the closest of friends. But the town is haunted by outlaws and vigilantes, and Billy witnesses all the violence as he learns to become a man.

Thomas “Jerry” Delaney’s narrative is inspired by Bannack’s history, particularly the violence, vigilantism, and the gold rush era. The town is known for its hanging of outlaws. People witnessed the trial and hanging of several men found guilty by the Vigilance Committee of Bannack and Virginia City in 1964, including the town’s sheriff, deputies, and several others. Overall, there were twenty-two individuals in less than a month. Today, Bannack is now a ghost town and a National Historic Landmark.

You can purchase a copy of Bannack: A Growing Up Story In The Vigilante West through Amazon and ReadersMagnet. To know more about Thomas “Jerry” Delaney, please visit his official author’s website today.