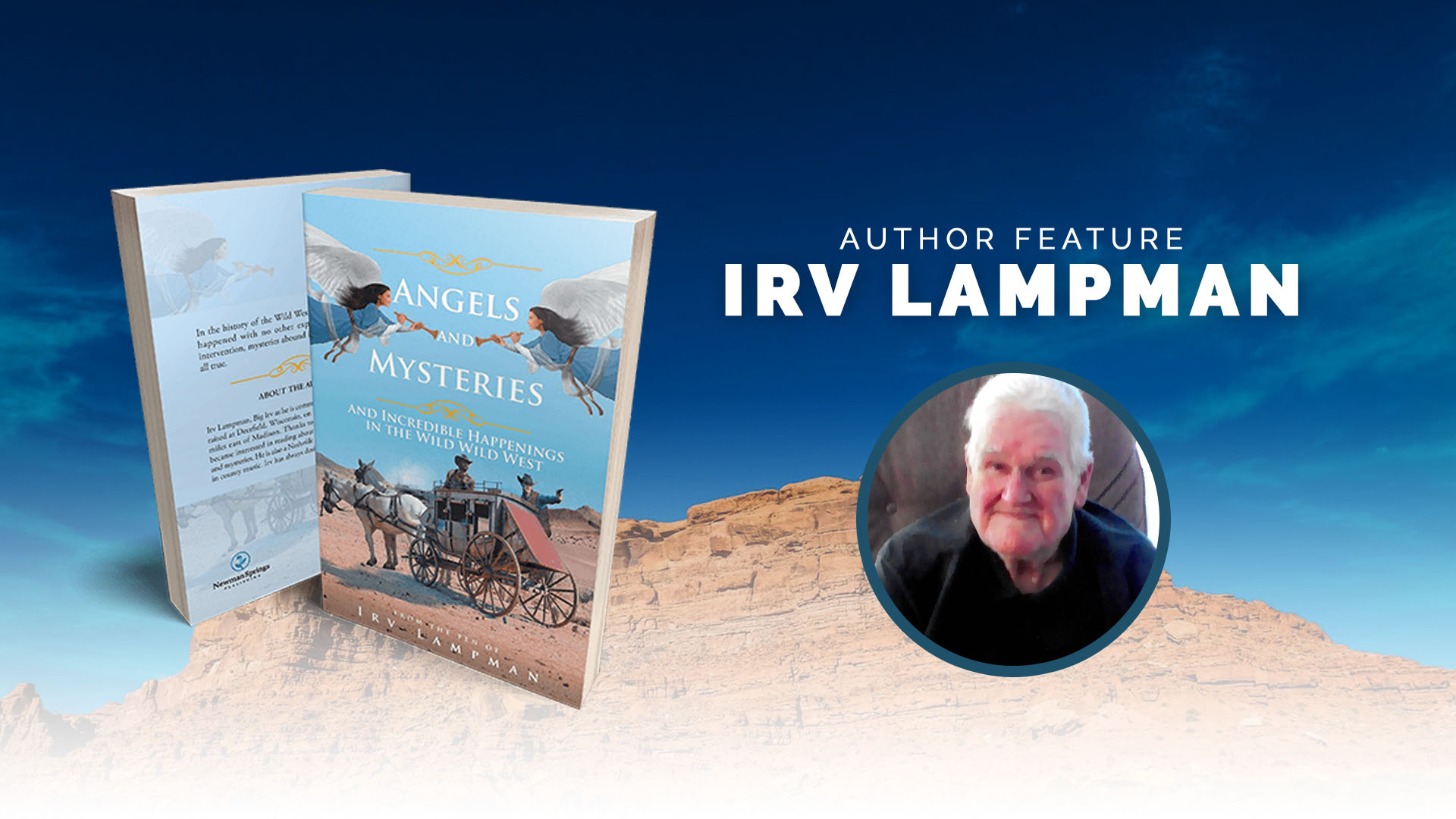 Western fiction is a literary genre that features stories about the American Old West. It covers several sub-genres and formats including dime novels, pulp magazine stories, frontier tales, and Western comics. Some of the popular works of Western fiction are The Lonesome Dove by Larry McMurtry (1985), True Grit by Charles Portis (1968), and The Assassination of Jesse James by the Coward Robert Ford by Ron Hansen (1983). Since the last two or three decades, there have not been too many Western fictions published. Recently, however, we stumbled about several interesting works by Western fiction writer Irv Lampman. Let us get to know more about Irv Lampman and his unique Western fiction novels.

Irv Lampman was born and raised at Deerfield, Wisconsin, on a small farm about fifteen miles east of Madison. Popularly known as Big Irv, Lampman’s interest in Wild West stories and angels and mysteries began when he was young. Irv’s mother played a big influence on his particular interest in Western fiction. Aside from writing, Irv Lampman is also passionate about music. As a Nashville artist, Irv spent many years in county music. Irv’s commitment to writing enabled him to write and published three books. Mountain Yarns and Prairie Tales (2003), Deathwind of the Border (2010), and Angels and Mysteries and Incredible Happenings in the Wild West (2019) are all Western fiction novels.

Below are Irv Lampman’s published works and a brief synopsis for each work.

Published in 2003, Mountain Yarns and Prairie: Poems about Cowboys, Ghosts, Railroads and the Sea

is a collection of cowboy tales and stories. In this book, Irv shares the rich narrative of long-ago hunts and battles of the old country and the wild West including Ethereal phantoms of Kentucky and Tennessee mountains, ghost tales of Wyatt Earp and Doc Holiday, and many other stories handed down from one generation to the next.

Deathwind of the Border

Deathwind of the Border is a historical novel based on the life of Lew Wetzel. It was published in 2010. Lew Wetzel is one of America’s greatest frontiersmen and is said to be the one responsible for the opening up of the Ohio River country. Wetzel earned the monicker “Deathwind of the Border” because of his passion and dedication in the pursuit of Native American Indians. As an Indian fighter, he also fought sadistic white renegades known as Gargoyles. Lampman’s novel features Wetzel’s life and exploits as well as his brilliance and skill as a warrior.

Angels and Mysteries and Incredible Happenings in the Wild Wild West

Angels and Mysteries and Incredible Happenings in the Wild West is a recently published book set during the Western expansion of the United States, commonly referred to as the Wild West. Most of the stories in the book were told to the author by an old lady who was born at the end of the Civil War and grew up in the time of Billy the Kid, Wyatt Earp, Doc Holiday, the cattle drives, and the wagon trains headed west. One of the stories is about a man named Jose Garcia who seemed to have an angel ready to intervened when he was about to make a mistake.

To know more about Irv Lampman and his works, you can grab copies of his books, or visit his website today.