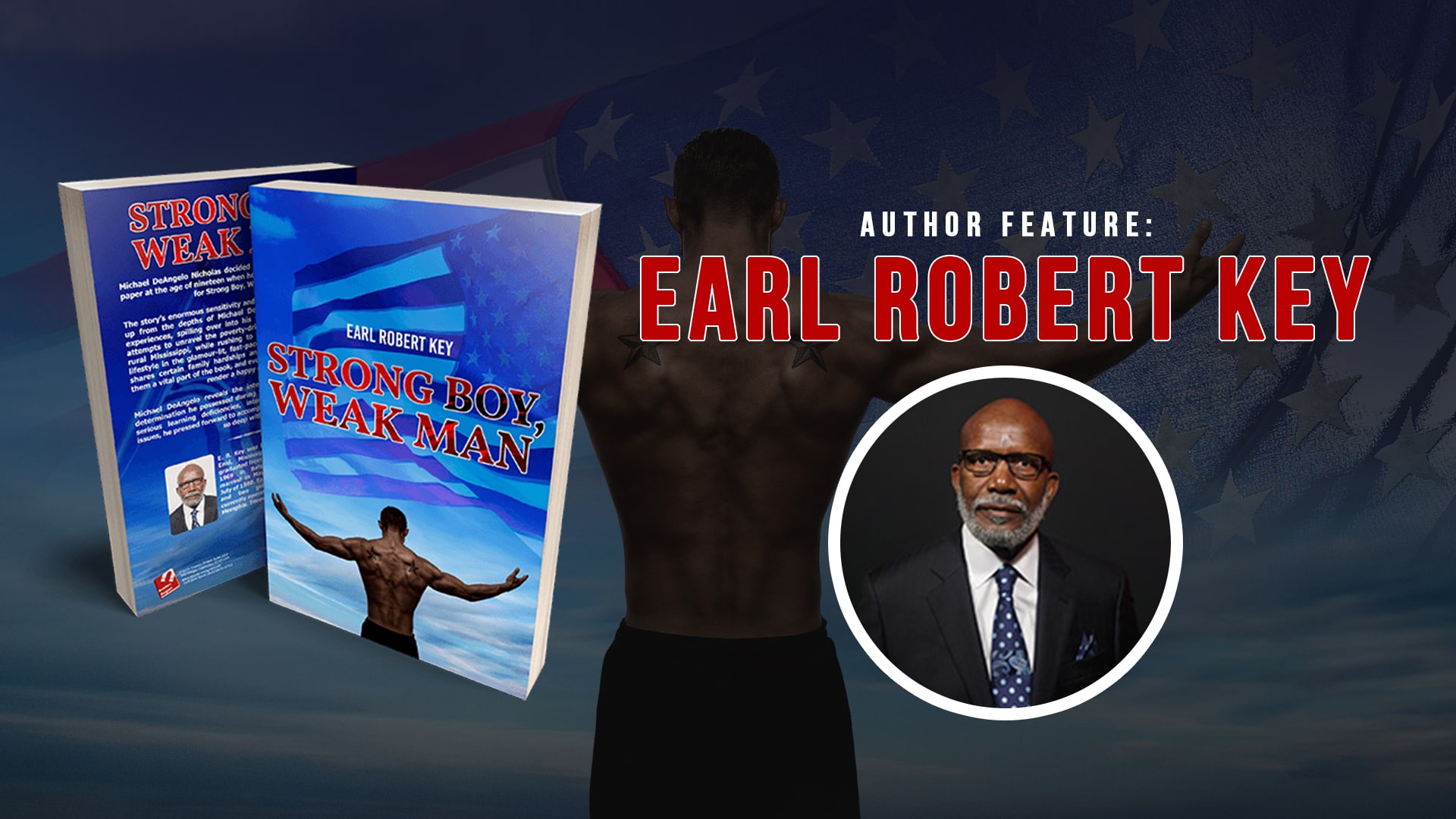 When we think of coming-of-age literature, we think of J.D. Salinger’s The Catcher in the Rye, John Knowles’ A Separate Peace, The Adventures of Huckleberry Finn by Mark Twain, and the war classic The Red Badge of Courage by Stephan Crane.

Author Earl Robert Key was born on January 24, 1950 in Enid, Mississippi. E.R. Key came from a family of thirteen children, Earl being the tenth. Earl’s parents, Manaway and Virginia Key both raised their children on a farm. Like many other Black families in the area, the Key family relied on sharecropping. Both Manaway and Virginia made sure that the family never lacked for shelter, clothing, and food.

Earl Robert went to Panola County School System in Batesville. He then attended and graduated from Patton Lane High School in May 1969.

Key dreamed of being a professional boxer. Muhammed Ali and Dr. Muhammed Ali are two key figures in young Earl Robert Key’s life. He saw how both mean, along with other blacked men at that time, worked hard to follow their dreams. Earl was determined to one day be able to realize his dreams and be more than just a farm boy in rural Mississippi. Aside from boxing, young Earl was also interested in becoming a professional barber. He would practice his skills in young men in his neighborhood.

One life-changing incident happened while Earl Robert was still in high school. He participated in sports activities and one day injured his knee. This would prove to be a huge blow later on in his life and opportunities he would miss.

During his senior year, Earl Robert Key decided to volunteer for the Marines. However, because of his knee injury, Earl was not accepted. Years later, Earl Robert would find himself drafted in the Armed Forces only to be turned down on the account of his knee injury. The physician who examined Key advised him to undergo surgery. He did so at age 19.

In July 1969, Earl decided to find better opportunities and moved to Memphis, Tennessee. There, he was able to work at Piccadilly cafeteria, as well as other jobs. His knee injury continued and this became the reason why he was unable to work long at a particular job.

Earl Robert Key married in May 1977 and divorced in July of 1988. He is the father of one son and two grandchildren. Earl Key currently operates as a master barber in Memphis, Tennessee.

It is an inspiring story of an African-American youth’s determination and perseverance amid racism, poverty and family issues in the Jim Crow South. The novel follows the life, trials and later successes of Michael DeAngelo Nicholas, born to a sharecropping family in rural Mississippi.

Weak Man, Strong Boy can also be a social commentary. Through the main protagonist, Michael DeAngelo, Key paints the social realties during that period as well as the challenges and traumas a typical rural boy like him encounters. Key takes his readers to the glory days of high school football, childhood dreams of African-American youth, juvenile issues, and economic hardships of sharecropping families in America. It is also interesting to note that Earl Robert Key shares some of Mike DeAngelo’s realities growing up.