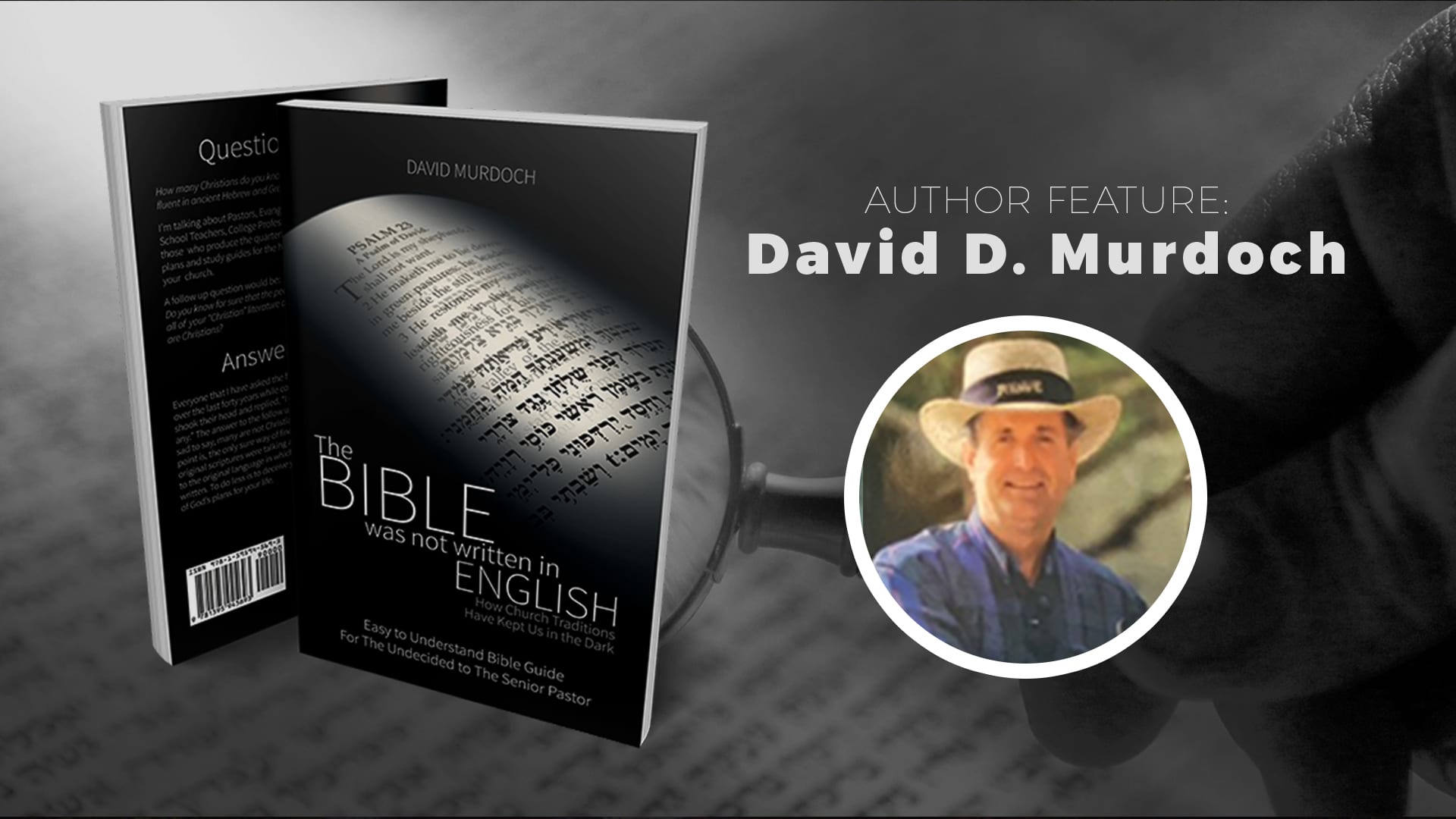 Authors’ Lounge features David D. Murdoch, author of the book The Bible Was Not Written in English.

Christian literature offers numerous new insights about the scriptures, religion, and the way we practice our faith. These books also guide us in understanding our society and other individuals. David D. Murdoch, author, and pastor share with us his insights about understanding the Bible through his book The Bible Was Not Written in English.

David D. Murdoch is a former pastor and counselor. He was a student of the David Ebaugh Bible School. He considers David Ebaugh and Dr. Arnold Murray of The Shepherd’s Chapel, which is the largest TV Ministry in the world, as his mentors. David studied the bible most of his life. He was a pastor of a small town in Baytown, Texas. David also began counseling in the early ’70s. This was the start of his commitment to study more about and how to apply its lessons in real life.

David Murdoch’s knowledge of Biblical research is mostly self-taught. According to him, while others may open the door for you, you still have to study and allow truth to become a reality to you. For David, most of our troubles happen because of our poor knowledge of the Bible and that the Holy Bible is an essential tool in answering life’s uncertainties. Murdoch believes that since it was not originally written in English, many of the current church beliefs are based on the traditions of men rather than the scripture. He also discovered that many of our health issues are brought upon by us not following God’s food laws which when studied in the original languages were strictly followed.

David Murdoch thinks that many who professed to study the Bible do not know how to use it properly. Most teach traditions based on long-held traditions. David hopes to provide a fresh view of the scriptures, making it clear and much easier to digest. Murdoch presents the Bible in a more palatable form, especially for those who are want to understand. All these points are featured in a written by David Murdoch himself.

Pastor David Murdoch also believes that anyone can learn from the manuscripts even if one is not familiar with the ancient languages. In the 1980s, according to Murdoch, he and his wife Martha raised Egyptian Arabian horses. Keeping the pedigrees accurate led David to a better understanding of paying close attention to details which includes knowing the names and families in the Bible. It led to a closer study of the manuscripts, which broadened David’s understanding of the Bible. *

The Bible Was Not Written in English

In 2015, Murdoch The Bible Was Not Written in English: How Church Traditions Have Kept Us in the Dark. The book features David Murdoch’s insights and views based on his experience in Biblical Research and the study of the scriptures. He hopes to clarify misconceptions because of the mistranslations. The author is calling wants readers to study more about the Bible and the original manuscripts, for them to understand God’s message to His people.

“When the proper intended meaning is set forth, the entire Bible begins to make more sense,” said the author. “Areas of conflict that seemed unanswerable in English are now crystal clear with a new corrective light of truth for these end times.”

The Bible Was Not Written in English: How Church Traditions Have Kept Us in the Dark has 3 parts. The first part features the obstacles that most Christians face whenever they try to research deeper about God. Part Two focuses on facts and myths and how tradition has influenced today’s belief structures, leading most believers to falsehood. Part Three tackles God’s food laws which are quite interesting to readers.