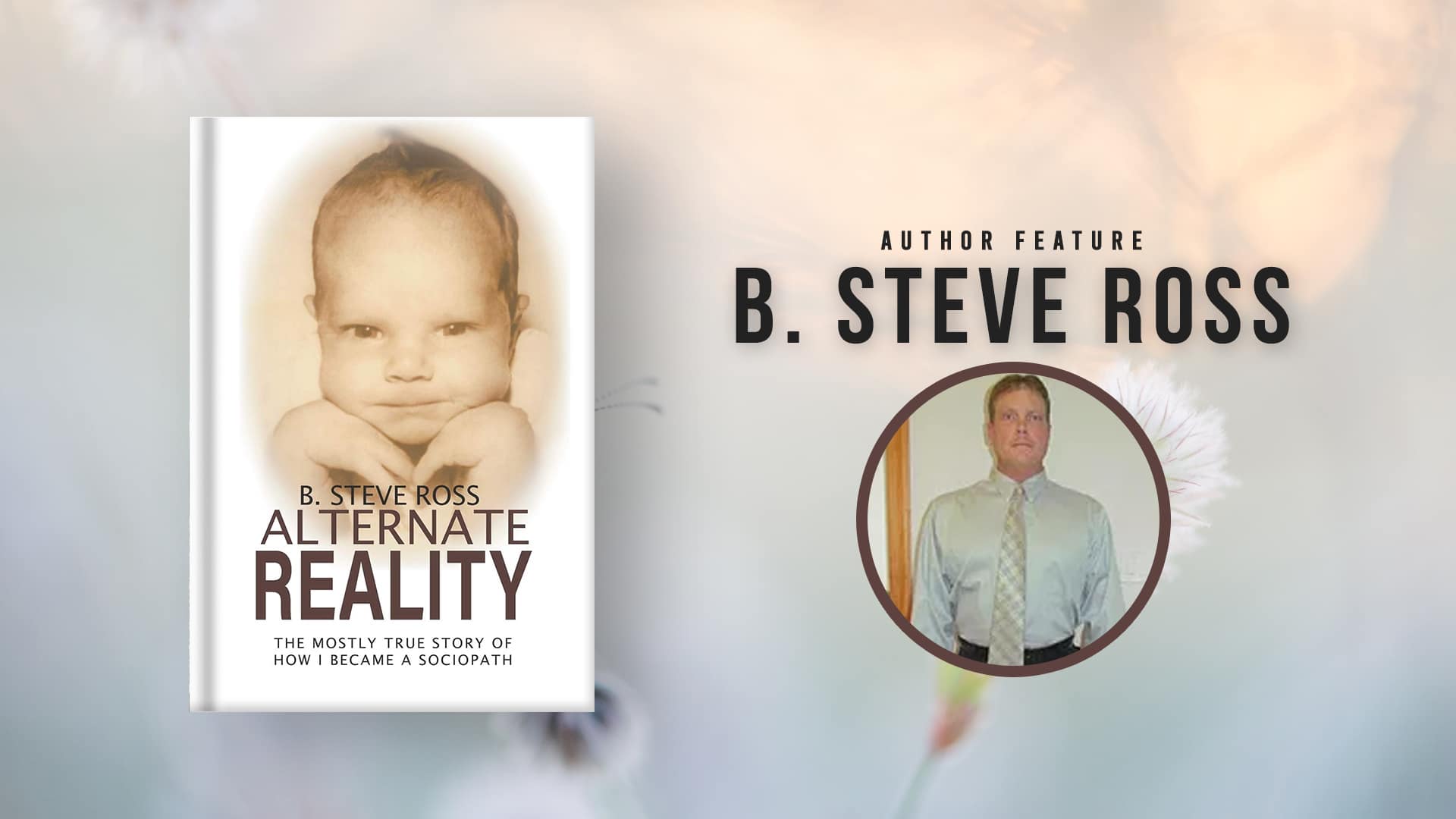 Steve Ross is the author of the comical memoir Alternate Reality.

Alternate Reality is a book about sociopaths and understanding their world. More importantly, it is a memoir of one sociopath and how he journeyed from childhood into a family man with the said condition. B. Steve Ross wrote the books and shared with us his amazing journey, his ups and down, as well as his many adventures and misadventures of being a sociopath. And he did this in a very comical way, full of wit and hilarious narratives. Today, we take a closer look at the man behind the book Alternate Reality- Mr. B. Steve Ross.

Glenn Davis a.k.a B. Steve Ross was born in the Appalachian Mountains. Raised a poor white boy along with two other siblings, life was quite hard for him and his mother. Ross’s father is a sociopath. He died when Steve was just seven years old. His mother had to raise them all by herself. To be raised by someone with a 9th-grade education proved to be challenging for the children who had to learn things mostly by themselves and without the guidance of proper parental education. Steve has one older brother and one sister, three years younger than him. Despite being a loving person, Mrs. Davis was a horrible mother in a lot of ways according to Steve. Even before his father’s death, Steve and his sibling already suffered a lot. Steve recalls one incident,

“That evening brought one of the worst days of my life. We were used to my father getting drunk and becoming abusive to the point where it was normal for us to have to sneak out of our bedroom window onto our back-porch roof to escape. I would jump to the ground, then my brother would lower our four-year-old sister down to me as best he could before he would drop her into my arms, then he would jump to the ground. Once we were all accounted for we would run across the street to Deena and Rochelle’s house and have their mother call the police. We would stay there and play until my mother came and got us once all was clear. As I said, this was a very common occurrence and got to the point where it was no big deal, it was normal.”

B. Steve Ross would later sum it up:

“We would have been better off if we were left in the woods to be raised by wolves. The end result of my upbringing was me becoming a sociopath.”

This traumatic childhood, their poor economic and livelihood condition, and the tragic early death of his father may have proved to be contributing factors to Steve’s sociopath behavior. But not all sociopaths are bad. Often times, we associate the term with “mental instability” or violent behavior, but that is not all true.

Coming Out on Top

Despite the multitudes of challenges including being a severe dyslexic, Glenn Davis a.k.a. B. Steve Ross still managed to succeed in life. Through hard work and perseverance, Steve was able to earn a job and eventually becoming a Master Electrician. This career enabled him to serve in the US Navy as a Nuclear Power Electrician for more than 8 years. He also stayed married to the same woman for over 30 years. Their union produced 2 amazing children. Despite being a sociopath, Steve became an active contributing member of the society managing youth programs in his community and becoming one of its pillars. And of course, needless to say, he has done a truly magnificent job of writing and publishing his own book.

Glenn Davis wrote and published the book Alternate Reality: The Mostly True Story of How I Became a Sociopath or a Comical Look at My Messed Up Life under the pen name B. Steve Ross. The book is an amazing memoir about his battle and journey as a sociopath. From the book’s title, alone readers can see that Ross has a positive disposition in life. Alternate Reality is not only a chronicle of his journey in life but also serves as proof and inspiration that sociopaths are also ordinary people struggling to achieve a happy and decent life.

To know more about B. Steve Ross and his work, grab a copy of his book, or visit his website today!