Apex Five: From NASA to Far-Future Earth by Sarah Katz 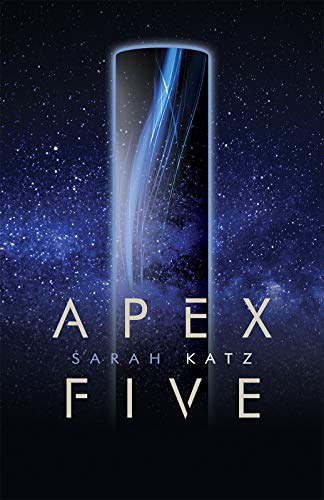 Science fantasy novel “Apex Five” follows five nations on a post-apocalyptic Earth set millennia down the line. Intent on eradicating religion in the name of scientific advancement and expanding out from their home planet, far-future humanity faces an unfathomable threat from the void beyond. Meanwhile, Rohem, a solar-powered human originally used as a weapon against the dominant nation of Tabira, embarks on a journey of self-discovery that will reveal the secret behind humanity’s sudden forward leap in technology, as well as the danger of unchecked expansion.

Inspiration for this story stemmed from both real-world politics as well as reflections on how current aspirations of solar technology could turn out for both the human race and planet Earth, at large. To that effect, the target readership for the book are young adults and adults with a passion for science fiction, fantasy and epic worldbuilding. Overall, I aim to craft a futuristic scenario that compels readers to consider the benefits as well as the drawbacks of the human drive to advance and expand. On a more personal front, I strove to use this story to weave parallels between the Arab-Israel conflict.

As someone with family in Israel who wants only peace for both sides, I set out to demonstrate how there are always two sides to a story. So, while the majority of character perspectives in “Apex Five” include Lirians – a plausible allegory for Jewish people escaping back to their safe haven of Israel – the book also emphasizes the neighboring Garo nation, a people who have dwelt in the region for years and believe the Lirians are encroaching on their land as an extension of the technologically dominant nation, Tabira. However, perhaps the most crucial aspect of this story arc concerns desired solidarity between the Garo and Lirians against Tabir supremacy.

Still, as my expertise lies far deeper in politics and security than physics, I am forever grateful for the advice and patience offered by my former classmate from UC Berkeley, Sebastian. With a PhD in plasma physics from Germany, Sebastian spent several uninterrupted hours coupled with multiple pages of text explaining exactly how a certain scientific concept in my book could work – with the caveat, of course, that we were speaking “strictly theoretically”.

While I continue to promote my story to interested readers, the pilot script adaptation currently represented by Golden Mile Productions lends hope for a potential cinematic undertaking in the future. We shall see. Perhaps above all else, this project has taught me that not only is there always room for improvement with art, but that oftentimes, simply relaying your story to readers can provide just as much reward as striking a deal for Hollywood production.

As a project, “Apex Five” may never have emerged, were it not for my own career in technology. Having worked in cybersecurity at various giants such as Facebook to currently NASA, I have realized that this book maintains a special place in my creative bank aside from the nonfiction research articles I typically compose on the subject of technology and futurism.

To date, my proudest moments as an artist would have to be when “Apex Five” received a Cygnus Book Award for Science Fiction, an American Fiction Award, a Pinnacle Book Achievement Award, a New Apple Literary Award and a Global Summer E-book Award. That said, however, the most rewarding aspect of this author’s journey is hands-down the opportunity to meet so many talented fellow creators at conventions. Thus far, I have had the privilege of meeting countless authors as well as two film directors and a producer while exhibiting “Apex Five” across Worldcon 76, the New York Book Expo and Silicon Valley Comic Con 2019. Additionally, in 2019, this book placed #1 on Amazon Kindle in the science fiction category, a feat which I would be satisfied if it remained the top accomplishment associated with this story.

As we all embark on this creative journey of mutual support, I look forward to championing fellow writers at Authors’ Lounge!

“Apex Five” is available in Kindle and paperback on Amazon:

Feel free to connect with me on social media at: