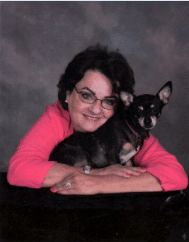 Alexis has often been described as a free spirit or having an old soul. Both, I say are true. I have been her best friend for over fifty-five year’s. I know her better than she does.  It is my honor to do this for her.

Life was very hard and I believe that is why she loved writing so much. Her English teacher told her that she would be a great writer if she could just learn English.

Her love for animals goes without saying. She worked for a veterinarian; she wanted to start a humane society. She was told not to waste her time. It would not be accepted. I went with her to document abuse. Sometimes waiting for farmers to leave their home so she could take pictures of the abused horses, cows and so forth. Taking care of dumped dogs and cats. She had about twenty or so of rabbits and a man went to her house; wanted to buy ten of them. They were making small talk when the man said he was going to dress them. She had never heard that team before, so she asks him what he meant. He said he was going to kill them and put them in the freezer.” Not my rabbits you won’t” was said by she as each rabbit was pulled out of the pen he brought and back into her pen. “Have a good day sir.” And that was the end to that.

She is the Founder and Charter President of the Danville Area Humane Society, in Danville, Va. going strong today.

Diagnosed with Parkinson’s in 2009, however, she never accepted it. Today you will see tremors and she still disclaims it. Helping people while they were sick has been about all she has done in her life. With the exception of running through the gate like it was, left wide open to experience everything that life has to offer. There is not much she has not experienced.  No means ‘why not’ to Alexis. She wrote Shellie’s Surprise Adventure in two hour’s one Christmas Eve. Many tried to edit it, then agreed that would be the way a child would see it. Shellie is turning seven and wants to go play before her party and is warned against going in to the woods. She is playing while chasing a butterfly she wants to give her momma.  Then she realizes that it is dark. She and her dog and bear sit by a tree and fall asleep. Back at her parents’ home the family and friends were arriving for her party, but she was not to be found. A search party was formed to find her.  Shellie was fast asleep. She thought she was dreaming when she seen an angel. But…was she dreaming? Are angels real? You will have to find out by reading about her adventure. In addition, the powerful lesson she learns.

Look for more of Alexis’s books to come including her memoir, “Silent Thunder.”