After The Haze – Seven Years on, an Indie Author’s Retrospective 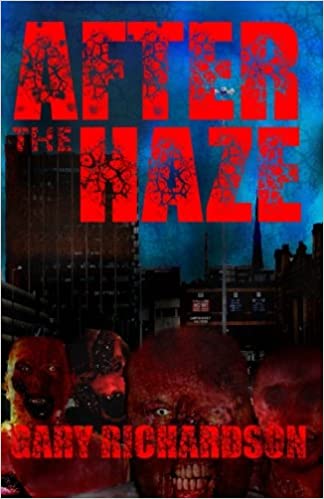 I won’t lie to you that it came as a surprise to me to hear from Jennifer at Reader’s Magnet when she approached me to write an article about my third book, “After The Haze”, for their Author’s Lounge. Released in July of 2014, “After The Haze”, sequel to 2012’s zombie thriller “The Purple Haze”, came into the world quietly and seemed to creep away again like a cat that just crapped in a shoe. It is the longest book I have written and, to date, the last. It’s not that I’m not proud of what I have accomplished with my writing “career”, it just turned out not to be the career I’d dreamed of.

Having said that, “The Purple Haze” did spend days (the exact number of which escapes me) in the top five paid horror stories in Amazon UK’s Kindle chart, and peaked After The Haze at number 107 in the overall paid Kindle chart. Not bad by any means, and with over seven thousand copies of the book being downloaded (mostly during free promotions) across twelve different countries around the world, the fact that so many people had sat up and taken notice of my work was certainly a heart warming experience. I was in the local paper and recognised on the street twice. Off the back of this I quickly got into writing my second book, “Ratty’s Bones”, released in 2013, a story about a young man reflecting on his life up to the incident that landed him in prison, and how a talking rat named Ratty played a part in this. As a story, I was incredibly proud of “Ratty’s Bones”. At the heart of the book was a very real and human story about coping with grief, physical and mental abuse, and psychological issues stemming from bullying and domestic abuse. Coming in at just under two hundred pages, it was short, described by many book review sites as a short story, but the feedback I received from people saying they had been moved to tears by the story was again fuel that I needed to keep going, and get started on a third book.

“After The Haze” begins back before the purple haze incident that caused virtually all of the worlds population to turn into flesh eating zombies, introducing Alan and his granddaughter Libby, along with her plushy duck, Jenson. As you can predict, it doesn’t take long for the world to be turned upside down and their lives irreversibly changed forever. Flash forward nine months, and the story rejoins the survivors of “The Purple Haze”, now safely aboard a Royal Navy ship anchored a few miles off the British mainland. Under the care of their saviours and protectors, Yvonne, Martin and Mike have recovered physically from their ordeal, but the mental wounds have barely begun to scab over. The respite from the carnage is brought to an end when it is decided by the ship’s commanders that they can’t remain on a ship at sea indefinitely. Accompanied by a four man team of Royal Marine commandos, Yvonne and Martin are tasked with offering their experiences to aid in a reconnaissance mission to find more survivors and to see if a settlement can be established for mankind to regrow and reclaim their stolen lands. That is, of course, if the survivors they come across actually want to return to life as it was before the haze.

Although it is a sequel, “After The Haze” could be enjoyed as a stand alone read, but it is strongly recommended that you read “The Purple Haze” first. When I was writing my books, it was around the time that, mostly thanks to mobile gaming and the Nintendo Wii, casual gaming was everywhere. Because of this, I wrote my books in a such a style that they should be considered casual reads. You can pick them up, put them down and easily find yourself back in the story when you come to continue reading. Are you a train commuter? Then my books are perfect for you. They are loaded with disgusting gore and fun action set pieces, and above all else, I want you to be entertained and potentially moved by the plight of normal people in abnormal situations. If that’s how you feel reading my books, then I’m satisfied.

Through being contacted by Jennifer at Reader’s Magnet and the Author’s Lounge, they have encouraged me to do something I had all but accepted I’d never do again. Write. Not only is this the first writing I’ve done in seven years, this article is the first time I’ve ever been asked to write an article of any kind. As a man fast approaching 40, there are more stories I want to tell, but over the years, life has gotten in the way and there has been no time for writing, but once life settles down I may begin again. These days I consider myself a brewer of beer without a brewery, but whilst I feel I’ve lost the knack for writing, I suppose you’re never too old to get it back. The future is ours to make.