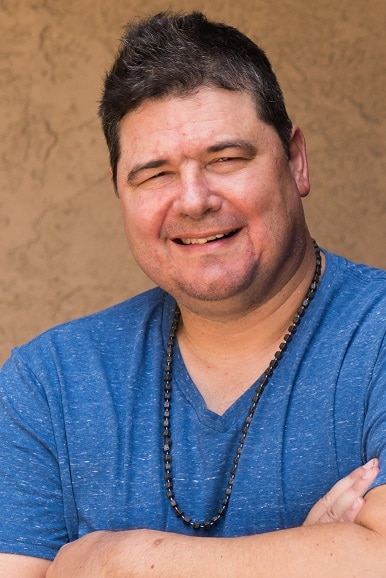 My parents, Radomir and Libuse Luza, whose maiden name was Podhraszka, were both on the cusp of  success and fame in their beloved homeland of Czechoslovakia during and after WWII.

He as a promising politician and she, at 15, as the youngest actress ever accepted into The Czech National Dramatic Conservatory, studying and acting the works of playwrights William Shakespeare, Aeschylus, Aristophanes and the ancient Greeks before Adolph Hitler closed the doors in 1943.

When my father learned that he was on the Czech Communist Death List in 1948, he quickly collected my 19-year-old mother, whom he had just married, and escaped country, career and kin through territory not yet occupied by the Soviet Union.

The two heroes and geniuses before their time arrived in Paris, their goal, sooner than anticipated.

The City of Lights, however, did not turn out the way that they had expected. Soon, my mother, the Czech refugee was being spit on and kicked out of elevators because she dared look for work with an accent.

The changes my father experienced in France were much more internal. Within five years, Radomir and Libuse were on their way across the Atlantic Ocean to America,  namely New York City and Queens.

There, despite the Parisians urging my parents to stay put because they said Americans were “barbarians,” the beleaguered and somewhat defeated dynamic duo found a second home and a new lease on life which they never let go off or regretted.

Yes, they were Czech at heart, but now just a little more American in blood. Father soon earned a Ph.D in Eastern European History from New York University while mother helped put him through school by coloring the hair of the likes of Jackie Kennedy and Gloria Vanderbilt at The Helena Rubinstein Hair Salon in Midtown Manhattan in the 1950’s.

Unfortunately, mother had but one day off and spent Mondays pounding the pavement without my father’s help to get a break in theatre or film as an actress. She managed to get an interview with a famous director who promised to use her as the next Ava Gardner. But as was my dear mother’s luck, the director died before she could see him again. I often asked my mother why she did not try to get into the world famous Actors Studio, led by Lee Strasberg, which was the place for established and emerging actors to study at the time, but she always said that she passed the building by on the street and did not even want to try entering it.

She seemed deeply frustrated at not being a member of The Studio, but confided in me that she knew that she could get in. Such was and continued to be my mother’s fate in this country in her chosen and God-given field. She never acted in another play outside of The Conservatory in Czechoslovakia.

My father’s future, however, held a different set of cards. He initially got a job teaching at The Louisiana State University of New Orleans, now The University of New Orleans. Requiring more of an intellectual and scholarly challenge, he moved onto Tulane University in Uptown New Orleans, known as one of the three best universities in The South, along with Rice and Vanderbilt. Radomir Sr. wrote and published eight books in his life, the last of which, “The Hitler Kiss,” an autobiography of his experiences in the Czech Underground during WWII, co-written by Christina Vella, proved to be the most reader-friendly and popular tome of his career.

My mother died after a prolonged battle with Ovarian Cancer in her adopted city of Philadelphia in 2001. My father followed her in 2009 dying of natural causes in his assisted living center in Blue Bell, PA outside of Philadelphia. Not long after my father’s passing away, The University of New Orleans named its new research center after him. With all this art, writing and hard work, it is no coincidence that I turned-out like I did: an award-winning, widely published poet and critic.

Check-out many of my 30 books (26 collections of poetry) on Amazon.com and BarnesandNoble.com. Even my earliest books can be found there.  I know.  I recently found them there. “Sidewalks and Street Corners,” my latest poetry collection, is available from Christian Faith Publishing in  Meadville, PA where it was released in November of 2018.

I have also been The Poet Laureate of North Hollywood, CA for eight years and a Pushcart Prize Nominee for about six years. In 2016 I received The Irwin Award for “The Most Innovative Collection of Poetry of the Year” from The Book Publicists of Southern California for EROS OF ANGELS, my 400-page Magnum Opus, which was both a tribute to Los Angeles and a journey of one man from skid row to literary row.

I have Featured my poetry over 100 times across the country. I have also organized and hosted over a dozen readings in cities such as Jersey City, NJ, Hoboken, NJ, Fort Walton Beach, FLA, New York City and Los Angeles.

Currently, I co-organize and co-host both UNBUCKLED: No Ho POETRY at T.U. Studios in North –Radomir Vojtech Luza–8/19/19– Hollywood, CA with Mary Anneeta Mann on the First Saturday of the Month from 3:45 PM to 5:45 PM. as well as SALIENT SUNDAY Downstairs at The Beyond Baroque Literary Arts Center on The Third Sunday of each month from 5 PM to 7 PM in Venice, CA with fiancé Patricia Murphy.

To me the written and spoken word is unlike drama or acting in that it forces you to write and recite your own words, not someone else’s, in a time in history when many people are either too frightened or unsure of how to do that. I give myself to poetry, heart, soul and being, and it gives itself back to me like a Saint Bernard, courageous, but shy. It never fails. Whenever I feel nervous, scared or unsure, it is to poetry I sprint. It never lets me down.

To me, poetry is the literary bridge to God.

To learn more about me and my work as a theatre, film and book critic and artist, please click on