Who are the Cassidys and why do they have Chronicles? 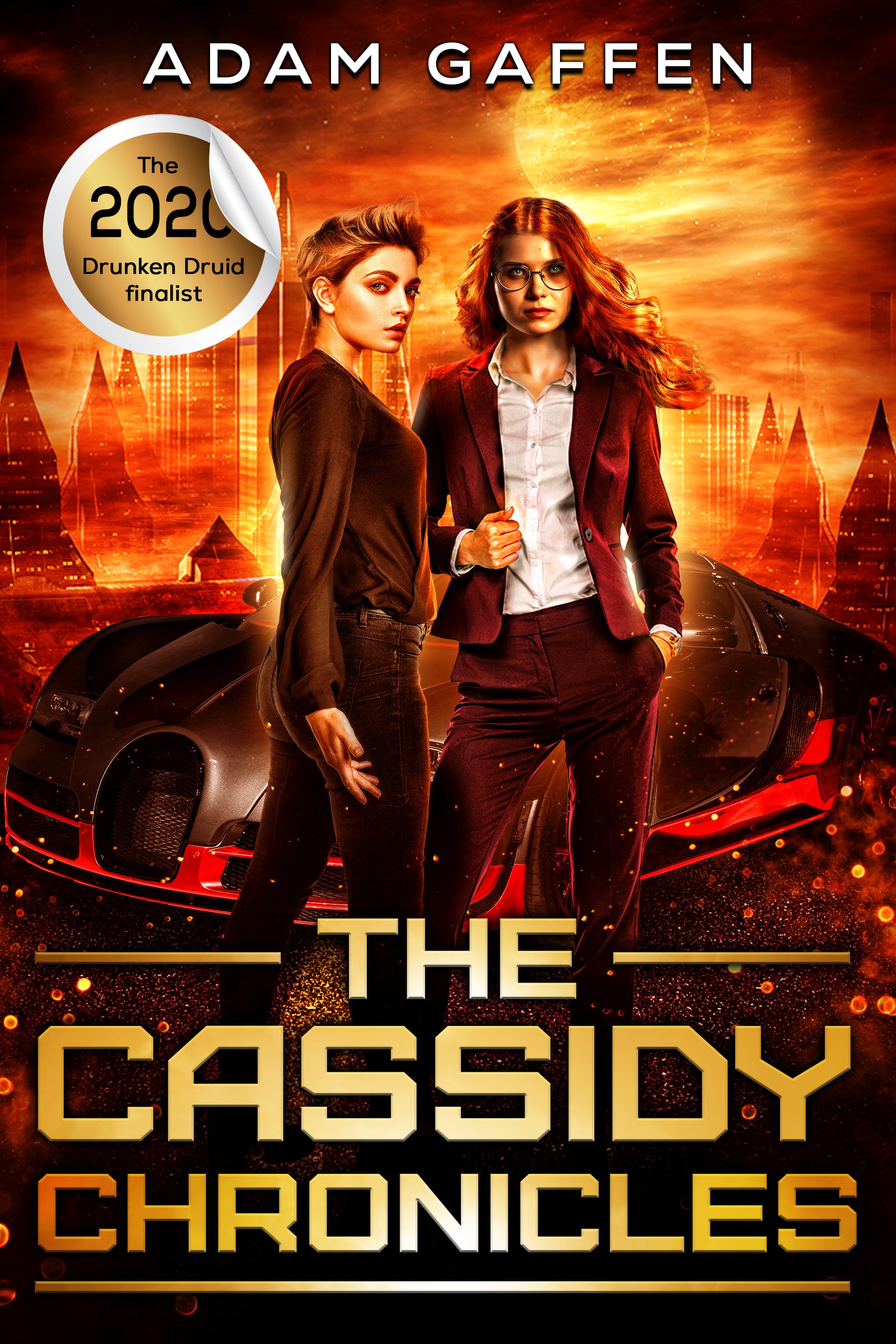 Thanks for joining me here on the Reader’s Magnet Author’s Lounge!

They really did the place up nice, didn’t they? No skimping on the décor (even though it’s all virtual).

Oh, you want to know about me and my books? Great! That’s one of my favorite subjects; my books, that is. My other favorite subject? My wife. But that’s for another time.

Why don’t I start at the beginning?

I write Science Fiction, and most of my energy these days goes into my Cassidy Chronicles series. There are five books in the series: The Cassidy Chronicles, The Road to the Stars, The Measure of Humanity, A Quiet Revolution, and Triumph’s Ashes. The latter four constitute the Artemis War arc, from the founding of the Terran Federation to the final battle against the Union of Artemis. They’re all hard sci-fi, which means I don’t do a lot of handwaving and have the ships powered by Unobtainium; the science is at least plausible, if not possible using today’s tech. There’s also elements of space opera, spy novels, thrillers, and even a dash or two of romance. It’s all leavened with a heavy dose of humor, lots of pop culture references, and is deliberately LGBTQ-inclusive.

“But wait!” I hear you cry. “Why is it called “Cassidy Chronicles”, and why does the first book have the same name as the series?”

When I started writing this series, I was intending to write a set of four novellas, each about 25,000 words, which together would make up the Chronicles. They each had a planned title: Run Like Hell, A Deadly Quest, A Desperate Gambit – you get the idea. I got the first two written pretty quickly, started on the third, and then life intervened. I ended up taking a six-plus year break from writing (I do not advise this). When I finally started again I was able to finish all of the third installment, but it was too long, 60,000 words instead of 25,000, and I couldn’t split it up. Since I had planned to combine them all into one volume, I did so right then and launched the whole thing as an integrated novel called The Cassidy Chronicles. When I started the next novel, it wasn’t supposed to be in the Cassidy universe, but it wasn’t working as a standalone book. I dropped it in and suddenly I was writing a series.

As for the name: the stories center around Aiyana Cassidy (Cass) and her wife, Kendra, starting from their planned wedding. Beautiful day, sun shining, guests watching, and then the minister pulls out a gun and tries to kill Cass.

They take off running with their fiancé, Derek, and the first volume turns into a thriller/adventure novel as they try to avoid death and find answers. Along the way they are in turns betrayed, surprised, uncover new strengths, learn secrets, dodge disaster, and discover new allies. And by the end of the book – and I’m not giving away any spoilers, as they obviously survive otherwise it would be a really short series! – they’re in a position where they can pursue their dreams.

Each book has an overarching theme. Volume 1 is about their quest for family, and how it can include the most unlikely people. Volume 2 is the pursuit of dreams and how dreams made real come with real responsibilities. Volume 3 looks at the ways humanity defines itself and subdivides itself in the most ridiculous ways, leading to intolerance. Volume 4 draws upon the power of those dreams to ignite a spark in others, no matter how unlikely it might be. And in Volume 5 the question is asked: what will you sacrifice so your dream can survive?

I don’t want you to think these are heavy, serious, War and Peace or Great Expectations-type books. While they each have a theme, the story and the relationships between the characters are what drive them, and the story and the characters are used to explore the theme without necessarily hammering the reader about the head with it. I want you to have fun reading it, not slog you way through. If the only thing I do is entertain you, I’m happy. If I make you wonder about something, about possibilities, I’m thrilled. And if I make you say, “Hey! Wait a minute!”, I’m ecstatic.

What’s next for the Cassidys?

Well, their story continues. I’m currently preparing a five-book box set, which will include a short story not available anywhere else; I have the next Cassidy novel started, which will focus on one of their starships on an exploratory mission; I have an idea for another novel, set quite a few years further into the future; and Kendra is writing a memoir of her childhood with Cass for the Kindle Vella program.

In the meantime, you can pick up all five of the novels on Amazon. The first four all available on Kindle, in paperback, or from Audible; the fifth is not yet available from Audible but will be soon.

To keep up with me and the Cassidy universe, go to my website, https://cassidychronicles.com, where I have all sorts of free stuff for you (including books and music!) as well as chapters you can read and author interviews. You can also find me on Facebook and Instagram under my name, Adam Gaffen – there’s only one of me, accept no substitutes! And finally I love to hear from readers, so drop me an email to [email protected]. Or you can email Kendra at [email protected].

Thanks for having me! And I’ll leave you with one piece of advice from Kendra: “If I don’t ask you, though, you can’t say yes.”

You gonna go read The Cassidy Chronicles now, aren’t you? Of course you are!