Where Have You Gone, Billy Mayfair? | T. Gerald Delaney 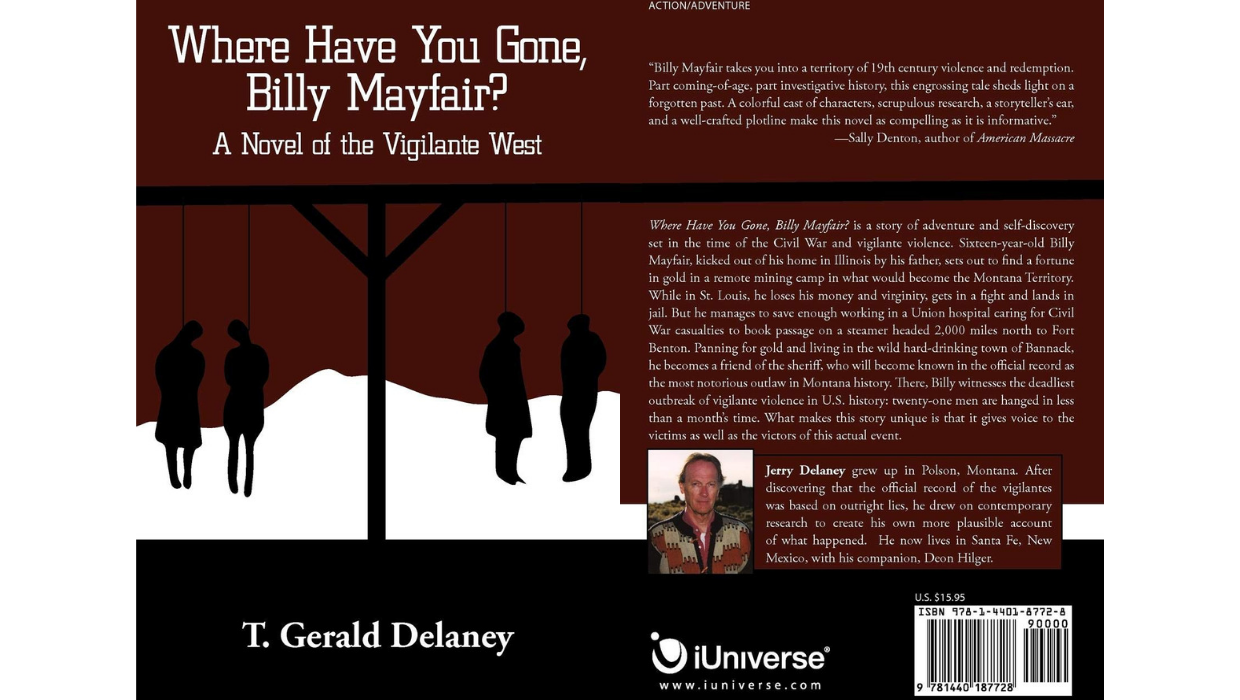 Where Have You Gone, Billy Mayfair? is a story of adventure and self-discovery set in the time of the Civil War and vigilante violence. Sixteen year-old Billy Mayfair, kicked out of his home in Illinois by his father, sets out to find a fortune in gold in a remote mining camp in what would become the Montana Territory. While in St. Louis, he loses his money and virginity, gets in a fight and lands in jail.

This book is the untold story of the Civil War History, that no history book has ever written.

But he manages to save enough working in a Union hospital caring for Civil War casualties to book passage on a steamer headed 2,000 miles north to Fort Benton. Panning for gold and living in the wild hard-drinking town of Bannack, he becomes a friend of the sheriff, who will become known in the official record as the most notorious outlaw in Montana history. There, Billy witnesses the deadliest outbreak of vigilante violence in US.history: twenty-one men are hanged in less than in a month’s time. What makes this story unique is that it gives voice to the victims as well as the victors of this actual event.

Where Have You Gone, Billy Mayfair?: A Novel of the Vigilante West

Jerry Delaney grew up in Polson, Montana. After discovering through extensive research that the official record of the Montana vigilantes was based on a lie, he created his own more plausible version of what happened at that time. He now lives in Santa Fe, New Mexico, with his companion, Deon Hilger. It’s his birthday today, April 17!