WHAT ABOUT THOSE UFO’S? 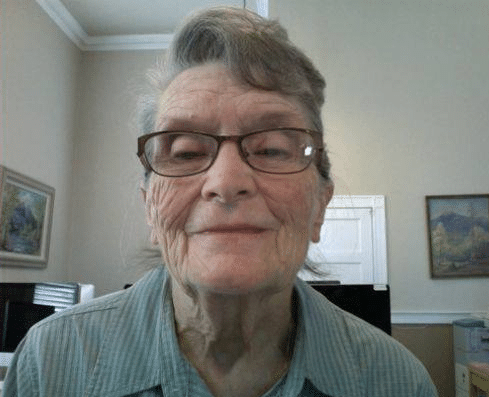 Once again I’m grateful to Reader’s Magnet for helping me with my book “My Spiritual Journey” and for setting up this Blog for me to express my views. I do think they are really important as I have learned that using the scriptures as a base to go from, the truth can be known. In this day, especially since all this crazy stuff is happening, we need all the truth we can get. The truth will always endure in the end not matter what.

From the time I was ten years old, I have been intensely interested in UFO’s. Being a Mormon, I had a good Bishop that had a very frightening experience. He was out plowing in his field and a UFO nearly knocked his off his tractor. He jumped off and laid down in one of the furrows. Within just a little while, after he arrived home, nearly everyone in town knew what had happened to our Bishop. The was in 1948…after they really started being sighted. Being the curious person I am, I wanted to know all about them, so I researched everything I could get my hands on….which wasn’t much. When I was about fifteen, I got hold a magazine that reported the story of the UFO that crashed near Roswell, New Mexico. I was very intrigued. So the years went by and I just keep on watching and searching. I often watched the sky at night wanting to spot one. Finally one night around 1978 or so, my kids were have a house party and I couldn’t stand the noise so I went out and sat in our VW bus to wait it out. It must have been around 10:30 p.m. I was looking out to the northeast at the stars when all of a sudden one of them started moving around in the sky….going in and out and in and out and around. I watched for at least twenty minutes and knew that no airplane could do that. I then decided to go in and tell one of my daughters to come and see…. that I thought I might have spotted a UFO. She came out with me and another daughter wanted to see too. After a few minutes, one of them said, “Mom, I think you’ve finally spotted one.” From that time on, I w as able to spot one almost every time I went out late at night if I waited long enough.

One night in the late 80’s or early 90’s, I was awakened around 3:30 or 4:00 a.m. My son was very ill and was running a high fever. I got up and wet wash cloth and put it on his forehead and sat there holding his hand. I was looking out the window when a ball of light came streaking toward the house from the south. I think it was only about a block from the house when it turned on a dime and headed east. I had been told by a friend that you could ESP UFO’s and they’d respond, so I jumped up and ran to the window and ESPed them and said in my mind to them, “If you cam hear me, blink your lights!” That thing literally magnified about ten times the light it was before.” That was a huge thrill! I never felt afraid or alarmed at all. I felt that they were friendly. From that time on, I have spotted many UFO’s and still feel the same way about them. The most interesting one I’ve ever seen happened in the early 2000’s. My friend that told me about the ESP thing had been visiting me at my home. It was dusk when she left to go home, which was about a 45 min. drive. In just about 45 minutes she called and said, “Take your phone and run out into the street and look toward my house!” I ran out to the street so the trees wouldn’t block my view and looked south. She said, “What do you see?” OH MY GOSH1 There was a huge UFO over her home town. I could see the lights all around it. She said, “This is a mother ship and it’s about two or three football fields long!” She ran into her house to get her binoculars, but by the time she went back out, it had disappeared. That was the most remarkable experience.

About seven or eight years ago another friend sent me a book “Hidden Truth, Forbidden Knowledge” by Steven Greer. It is the most amazing book ever and it confirmed some of my suspicions. I had several friends that were UFO’ers and we decided that not all of them were good. We didn’t know why, but it just didn’t make sense that they would be hostile. Because of my belief in the scriptures, I knew that earth has the most wicked people living here than in the entire Universe. This is the only planet that was wicked enough to crucify out Lord and Savior Jesus Christ. The book of Moses in the Pearl of Great Price tells of the City of Enoch being taken into heaven just before the flood. Enoch and Noah were contemporaries. Because the inhabitants of the earth were so wicked at that time, and because Enoch’s city was the only place where righteous people dwelt, those people were saved from the flood. We used to speculate and wonder if UFO’s actually came from the City of Enoch. Of course there are many planets in the Universe that are populated if read and believe in the Pears of Great Price.

So what Steven Greer found out was that the real ET’s are peaceful people. They are very concerned about what’s going on on our planet now. It is extremely dangerous because of the evil, wicked men that have been planing on taking over the world, (NWO). They are at a stage in their corrupt plans where they plan to do just that. The good UFO’s know this and are trying to wake people up to their dire situation. Steven Greer was an emergency room doctor that started learning about UFO’s when he was very young. He has become personally acquainted with some of them and has even gone out into the Universe with them. They know that the evil designs of the so called Shadow Government (or Deep State) are actually calling the shots in this world. They have the most wealthy families on earth on their side. Remember what Satan said? “You can buy anything in this world for money.” The technology they have now is 50 years ahead of us and they are extremely dangerous. They have taken much of the technology from the Roswell wreck and have their own UFO’s. They are planning a mass invasion to scare the people of this planet earth to death. They are even going to fake the Second Coming of Christ. I read about that in the book, “Inside the New Age Nightmare”. The good news is that the 42 months spoken of in the book of Revelation is almost upon us and that will be the final confrontation with Satan. He knows his time is short and he’s coming at us with all his forces, but we know that in the end, truth prevails. We know that Satan is powerful, but Christ is our creator, and our Savior, and He is the most powerful of all. Only through Him do we have safety. This world will no longer belong to Satan as Christ will come to rule and reign as our King for a thousand years and there will be peace, love and joy like no one has ever dreamed. Just hang on and come to Christ. I know He lives. I know He hears and answers prayers and I know that He loves all of us and hopes that those who need to repent will. I pray for all of us in these troublesome times.