Tony DiGerolamo Talks About The Pineys 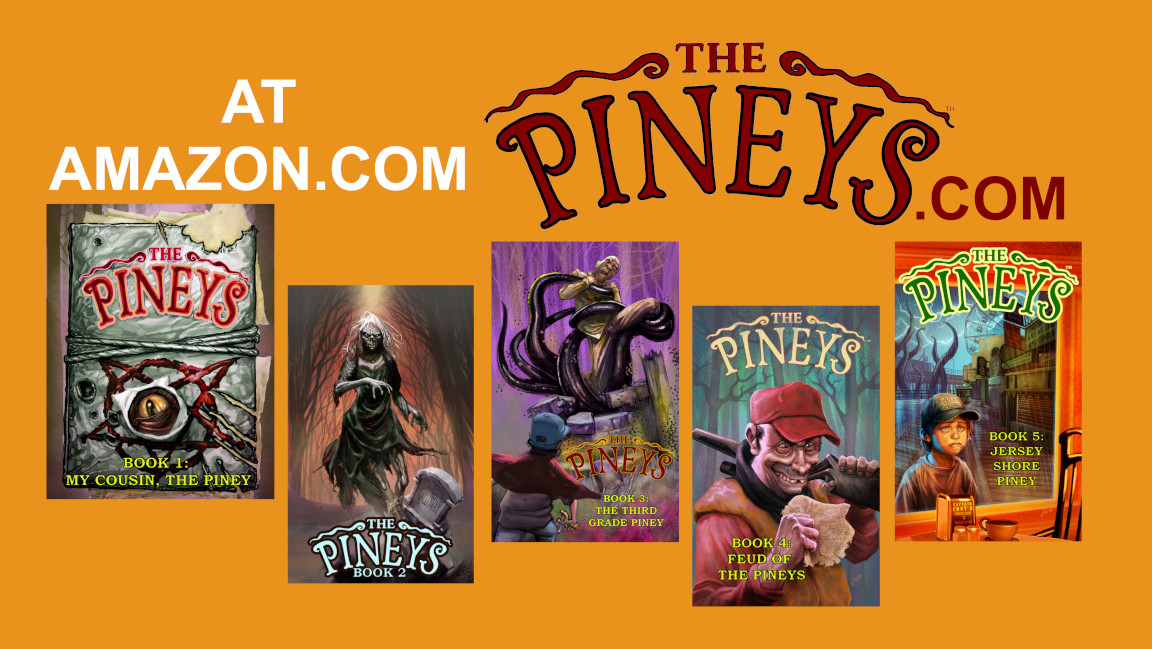 My horror/comedy novella series is called the Pineys and it’s based on the the folklore in South Jersey, including the Jersey Devil.

Mother Leeds, the infamous mother of the Jersey Devil, was a witch. Instead of just one devil, she opened the portals to Hell and flooded the Pine Barrens with hundreds of them. This event did not go unnoticed by the villagers of Abe’s Hat. The hunters banded together to form a secret society to hunt down the hellspawn and send them back to the Abyss. Their modern descendents continue the hunt to this day.

This is the story of four cousins—  Cursed by their ancestors, brought together by destiny and trying to keep South Jersey from going to Hell.

As a Piney and South Jersey resident, I’ve written about the legends for years. My first comic book was based on the Jersey Devil and many of my stories take place here. (Write what you know, right?) But also, I come from a large extended family and I wanted that dynamic brought into a story like this. Family makes everything more personal and worthwhile, so I figured it would do the same for my story. I modeled several of the extended cast after the personalities of some of my relatives.

Fans of horror and comedy, like myself. And, of course, South Jersey natives who will get the little regional references dropped in throughout the books. I think that kind of regional flavor can really help expand the feeling of the world the books portray.

I hope they would be entertained. It’s what I like to get from a story. A good laugh, maybe a clever twist, something I didn’t know— Things like that.

I like to write each episode as if it was a one-hour TV show. I’m up to book six published and I’m current writing eight, but eventually I’d like to do maybe five seasons of ten or thirteen books each. We’ll see. I do have an ending in mind. There’s plenty of legends and folk tales I haven’t touched on yet.

I’m a screenwriter and comedy writer. Previously, I’ve written for Politically Incorrect with Bill Maher, Space Ghost: Coast to Coast on Game Tap and The Simpsons comic books. But I love to write about monsters and South Jersey and supernatural stuff. I also make webcomics and you can view them, along with my books, at The Webcomic Factory and my first webcomic, Super Frat,. I also make videos on YouTube, Bitchute and Rumble at Screenplays and Opinions:

My Amazon page will take you to my books here: