The Wizard without a Wand by Dale Stubbart 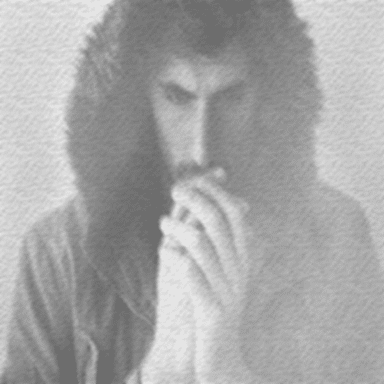 The Wizard Without a Wand is the first book in my series by the same name.

Meet Shmedley Thrumbledack. His parents are very powerful wizards. And they’ve secured a full scholarship for him to attend Wizard School. Shmedley is after all very smart in Wizard Math. And he knows exactly how many a gazillion is.

Shmedley is very thrilled to be going to Wizard School, but there are several problems. The first is that even though Shmedley’s parents are very powerful Wizards, they’re very poor. To Shmedley, this is a think-a-ma-what-um. He does have a full scholarship, but it doesn’t cover his books or his transportation to Wizard School. Schmedley will have to take the Wizard School Bus, rather than the Train. Once his parents have paid for his books, there’s no money left over for a Wand.

Shmedley can’t go to Wizard School without a Wand! But he must. How will he be able to participate in classes? How will he defend himself from bullies?

Luckily, Shmedley falls in with some other students who are also kind. Still there are other problems.

Shmedley immediately gets a girlfriend – Leesha Fourthchild. This is great, especially since he hadn’t even thought about having a girlfriend. The only problem is that Leesha sometimes involuntarily becomes a Velociraptor.

One of the most fun things about writing this story was trying to come up with pictures to represent each major character. How do you make a person look like a Wizard without putting a Wand into the picture? I decided to use a hood to make Schmedley look mysterious. Many, but not all of the main characters wear hoods. Gloria wears a hat. But then again, her braids have to be free to fly her around. I made the pictures of the characters more mysterious by enshrouding them in fog or clouds. They’re black and white because this is a very early Wizard School.

This book targets young adults and other readers of fantasy. Of course, there are many who are interested in Wizards and Wizard Schools. Yet, my story is different from the more famous story on this topic. Yes there are Wizard students who go to Wizard School. And there is a Wizard School Train. But the similarities end right about there. For one thing, my story doesn’t get nearly so dark.

I hope that readers enjoy my story. There’s plenty of humor. At the same time, there are plenty of situations which require the characters to use their creativity, personality, magic, and other skills. Shmedley, Leesha, their best friends Epsi and Gloria, and six other students form the Tensome – a group of kind students. Yes, there are bullies in this story. Yet, the Tensome are more powerful, mostly due to their kindness.

Shmedley has to learn how to be a Wizard without a Wand. Leesha has to learn how to live with herself, in spite of the fact that sometimes she’s a Velociraptor. Epsi has to deal with being the smartest student. Gloria, his girlfriend, has to deal with being just a normal student. Oscar Henry is the largest, most muscular student at Wizard School. At the same time, he is the gentlest. How can he be both at the same time? Hopefully as people read this story, they’ll learn how to be ok with being themselves, no matter how strange that might be.

I’m now considering writing another related book where Schmedley, Leesha, Epsi, and Gloria are very old. Because they’ve time traveled so much, and perhaps for some other reasons I’m not yet aware of, they’re even older than Arlanda Florida who was the Principal of Wizard School when they attended. What are they doing at this point in their lives? How are they dealing with old age? Leesha, for instance, can’t remember the previous day. Are they still as vibrant as they once were? How will they still make a difference?

I’ve written over 100 books in various genres. I started writing in College for Spanish classes. I had to write stories in Spanish. I got A+ on those stories. When it came to English (my first language), I was pulling a C at best on my stories. My English Teacher helped me rid my stories of plot holes. In Graduate School, my philosophy teacher helped me clean up holes in the logic. Even though many of my stories take wild turns and many of them include fantasy, they still have to make logical sense, even if it takes formulaica logic.

After I married, I wrote a few stories every Christmas for my wife. About ten years ago, a neighbor showed me how to self-publish my books. Since I’m very good with computers, that was easy for me. And now I can share my stories with a larger audience, hopefully making their days brighter while they cheer on the main characters.

The Authors’ Lounge offers you a chance to discover authors. Not only can you find out more about their books, you can find out the back story. Who is this author? And why did they write this book?