The Visionary by J.C. Gemmell 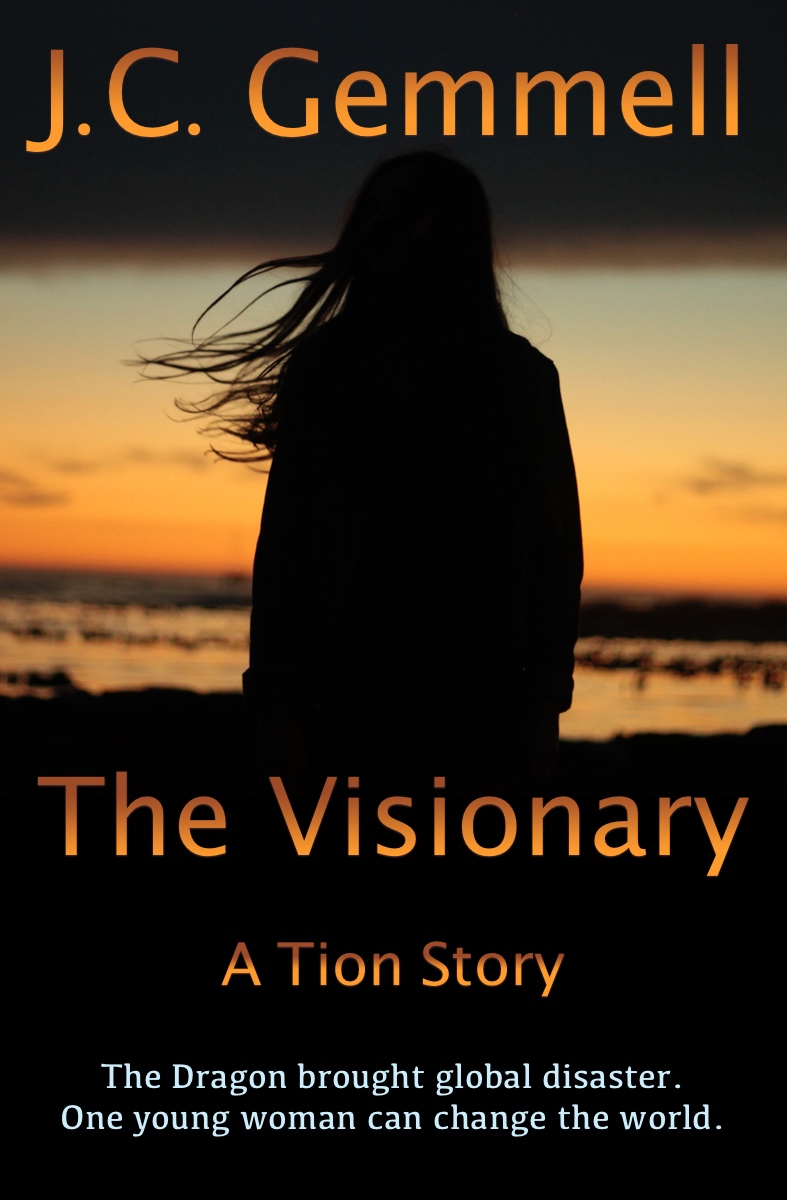 The Visionary is a future-fiction short novel set over three decades from 2060. It is a character-driven story about a twelve-year-old girl called Xin-yi from Guangzhou City, China. Her protagonist, who she refers to as The Dragon, is a volcano in Antarctica. The Dragon is called Erebus. Its eruption triggers a series of natural disasters, causing the Earth’s sea level to rise by sixty metres in under a month. Xin-yi and her mother are forced to flee the coastal city, leaving her brother behind.

I wrote The Visionary over six weeks on either side of Christmas, 2020. I have previously published two full-length novels set a thousand years into the future. I wrote these for an adult audience simply because of the concepts, diversity and intricacies of an over-populated world. I wanted to create a shorter read that would be enjoyed by young adults as well. My first two books were written in tandem over six or seven years, and I have a third member of the series, which I plan to publish in Spring 2022. One of the characters interested me, and so The Visionary is really her backstory.

As an avid science fiction fan, I wanted to give young adults something they could identify with and enjoy, and I wanted it to be free. I think this is a fascinating time for people born this century because they have so much influence over the future. This is why I wanted to use a natural disaster as the background. To avoid a political story, I chose a volcano to be the villain, not global warming or over-fishing, although these play a small, supporting role. It’s imperative to me that we encourage future generations to invest in story-telling, and part of that is reading as widely as possible.

Xin-yi and her mother escape the flood by moving inland and find themselves living amongst a community of rice farmers. A chance conversation with a group of international census officials encourages Xin-yi to move to attend a university in central China, despite her young age. She learns to visualise the tools humanity will need to survive, and her life as a Visionary commences. Xin-yi studies hard, and excels in her work, and is relocated to California, where a young Icelandic man becomes her confidant.

As Xin-yi matures, the enormity of her work becomes apparent. She and others like her will be responsible for the salvation of the human race because the flood has devastated the world. They envisage a world radically different from the one we know, where technology and information are paramount.

Yet this isn’t a science fiction techno-tale. For me, Xin-yi is as natural a person as I can imagine, and the people surrounding her are the focal point of her story. It is her love for her family, her ageing mother, her abandoned brother and missing father that empowers her, and the unexpected love for a Christian boy from Iceland. As she continues to grow, Xin-yi realises she cannot have everything she desires, and she has to decide between those she loves.

Part of the joy of writing a short novel was the break from my current project, which is perhaps six times as long. It was exciting to pare everything I wanted to share down to ten short chapters, representing ten different years in Xin-yi’s life. It has also changed my understanding of a central character in my current book; I have learned things about her that I didn’t expect.

I’m optimistic that The Visionary will gently challenge readers while giving them believable characters, which in turn makes the sci-fi believable. I wanted the book to be an easy, satisfying read, something for a Sunday afternoon that delivers a moving story that makes sense. This is a stand-alone work, but it is also an introduction to the broader series.

The Visionary is available free as an e-book at online stores, and it will always be free. I’m grateful to Elizabeth Schultz at the Authors’ Lounge for giving me the opportunity to talk a little about my Christmas 2020 project, which provides me with the perfect excuse to postpone proofing the next instalment of my main project. Please visit jcgemmell.com for details of my main series.