The Thing About Kevin by Beem Weeks 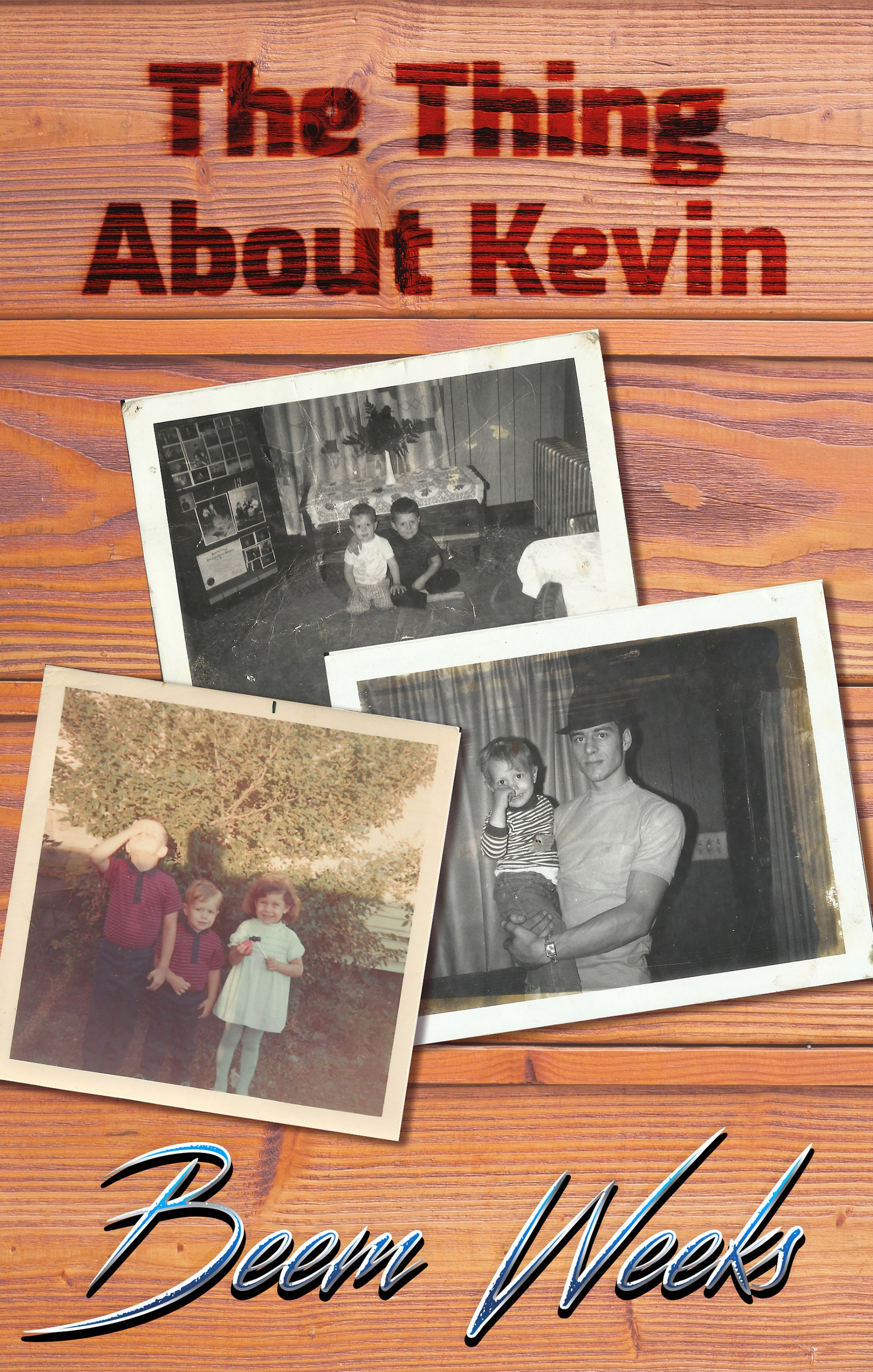 The Thing About Kevin is the story of Jacob Radner, a middle-aged man originally from Chicago, who returns home to bury his recently deceased father. The family is all there—except for older brother Kevin. Thirty-seven years earlier, Kevin Radner walked out the front door and vanished. Will this prodigal son return and finally make peace with the ghost of his mobster father? As the patriarch’s body is lowered into the earth, long-hidden family secrets become uncovered: a former girlfriend, a child born out of wedlock and adopted out, a mother willfully blind to the sins of the father. Everybody has family. But sometimes, those who are closest to us are the very ones we should fear. The deeper Jacob digs, the darker his own past becomes. His recollections of that perfect childhood he’d always cherished become clouded by new revelations from those who saw the past through different lenses.

My inspiration for this story came from a what if scenario. What if the past we’d always remembered didn’t really go down the way we recall? What if the ones we love, respect, and trust the most are really monsters with dark and deadly secrets? These things happen in the real world more than we might consider. I watched a documentary about a woman who learns her father was a notorious serial killer. Even after he’s arrested and sentenced to life in prison, she has a difficult time seeing the man as anything other than the father she’d grown up loving. She couldn’t separate the man who celebrated her birthdays, played Santa Claus at Christmas, and comforted her when she had chicken pox, from the brutal killer splashed across the television screen. Everybody has secrets—even our parents. Some are just darker than others.

My target audience is anybody who enjoys a good story. This is a dark tale of intrigue and betrayal with bits of mystery and thriller running through its veins. I try to add twists that may catch the reader off guard. The Thing About Kevin is a shorter read, clocking in at just over 7000 words.

It’s my hope that readers are entertained by this tale. I hope they ponder the notion that humans are complex creatures. We are capable of warmth and kindness and making the world around us a better place. But we can also be narcissistic bullies with the ability to inflict deep psychological and physical damage on others. Everybody has a story to tell—even the bad guys and girls.

I wrote The Thing About Kevin as a shorter story meant to fill the gap between the previous book—Strange Hwy: Short Stories—and the next novel to be released. I’m currently working on two novels. Whichever one gets finished first will be that next release. I enjoyed writing The Thing About Kevin. I hope to see it continue to find an audience. My publisher and I have been discussing the idea of making short films. I think Kevin lends itself nicely to such an endeavor. But those sorts of plans depend on financing and finding an experienced filmmaker.

I’ve been a writer for most of my life. My intentions had been journalism—music reviews, to be specific. I settled into fiction twenty years ago. Fiction just proved to be fulfilling in ways journalism isn’t. I’ve had several short stories published in various anthologies. I have four original works published. Jazz Baby is a novel set in the American south of 1925. I’ve also released two short story collections entitled Slivers of Life: A Collection of Short Stories and Strange Hwy: Short Stories. I am truly grateful to the Authors’ Lounge at Readers Magnet for the opportunity to share The Thing About Kevin with readers who may not be familiar with me or my work.

I can be found online at the following spots: