The Last Sketch by Gosia Nealon 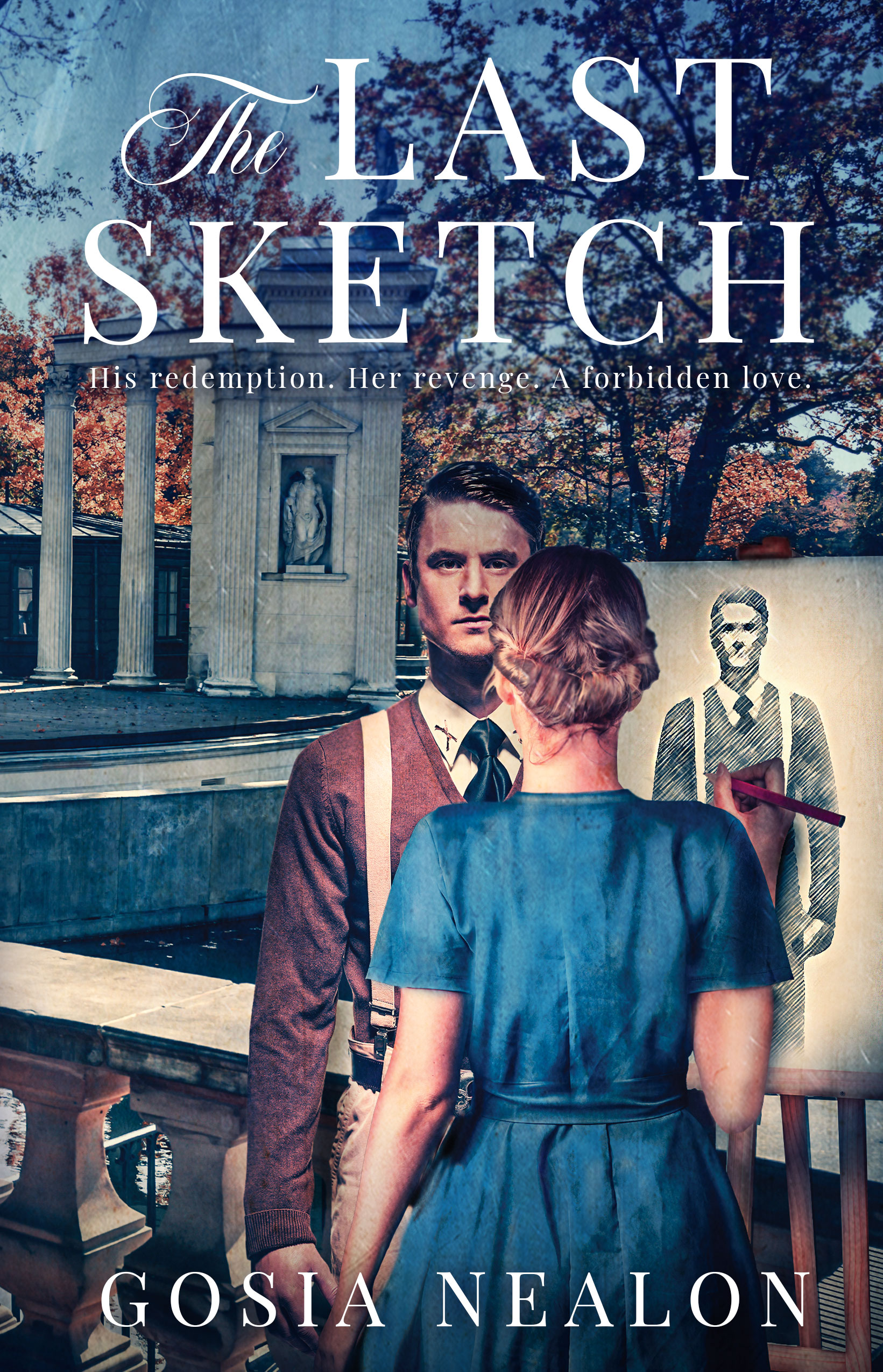 Gosia Nealon is the author of The Last Sketch: A World War II novel set in Warsaw and Montauk, published in September.

While Gosia Nealon is a proud New Yorker, she was born and raised in Poland. Her journey to the Big Apple revealed a wealth of cultural differences but also the values that connect us all. Like the fierce desire to protect family, find love, and ultimately, discover who we are and why we’re here.

Gosia’s award-winning short stories have always delved into life’s biggest questions, but it was the drama, sacrifice, and tragedy of WWII that led her to pen her debut novel, The Last Sketch. Growing up in Poland, Gosia heard many firsthand accounts of the war, told from a perspective rarely captured in mainstream literature. She was compelled to breathe life into Wanda and Finn, two young people falling in love in the midst of a terrifying conflict that would change the world forever.

“Gosia Nealon writes from the heart in The Last Sketch, an incredibly moving piece of historical fiction picking up near the end of World War II. […] The Last Sketch is an action-packed story that dots all the i’s and crosses all the t’s.”—Indies Today

Poland, 1944. Wanda Odwaga will never stop resisting. As the Nazis occupy her beloved homeland, the twenty-three-year-old artist vows to do whatever it takes to help the underground movement mobilize against Hitler’s forces. But she’s devastated when the Gestapo storms her house in search of rebel leaders, killing her heroic father and leaving the face of his murderer forever etched in her mind.

New York. Finn Keller longs to balance the scales. Having escaped Germany with his mother as a teen, he’s disgusted his estranged twin brother has become a ruthless Nazi henchman with a vicious reputation. So when a covert government agency approaches him with a dangerous undercover mission, Finn willingly risks his life to play his part in turning the tide of war.

Still grieving her unforgivable loss, Wanda’s thirst for revenge takes an unexpected leap forward when she once again encounters her father’s killer. And as Finn dives deeply into the role of impersonating his cold-hearted sibling, he’s captivated by the beautiful Polish woman frozen in front of him… her eyes blazing with the promise of murder.

Can these two players in a deadly game survive the ravages of a sadistic conflict?

When Gosia’s short story The Faithful Tunnel was awarded Fourth Place in the Genre Short Story category in the 89th Annual Writer’s Digest Writingcompetition, she set on writing her first novel. However, before working on it, Gosia spent a long time researching and then thinking about it. Growing up in Poland, she learned a lot about World War II, but her storyline and characters are all fictional.

She started with characters. She needed to know each character very well before working on the plot. Thanks to that, later, the story flowed smoothly. Soon she realized that her characters made their own decisions, and she had not much to say. In her next step, she first outlined the entire story before writing the first draft. She got into the habit of thinking about a particular scene before going to bed at night, and then she was up very early in the morning to write.

“The Last Sketch grabbed my heart and it didn’t let go. I grew such an attachment to these characters, I couldn’t get enough. This is an absolute MUST READ!“—Goodreads Review

While writing The Last Sketch, Gosia focused on creating strong characters and a fast-pacing plot, and she wanted to prove that true love can survive the worst.

She is currently working on her second novel set during the Warsaw Uprising in 1944.

To know more about Gosia and her work, visit her website at www.gosianealon.com. In addition, you can purchase her book (Paperback, Hardcover, Kindle, and Audiobook) on Amazon: Amazon.com: The Last Sketch: A World War II Novel Set in Warsaw and Montauk eBook : Nealon, Gosia: Kindle Store, and other retailers.

Gosia is very thankful to the Authors’ Lounge for this great opportunity to talk about her book.