The Green House by Dan Lawton 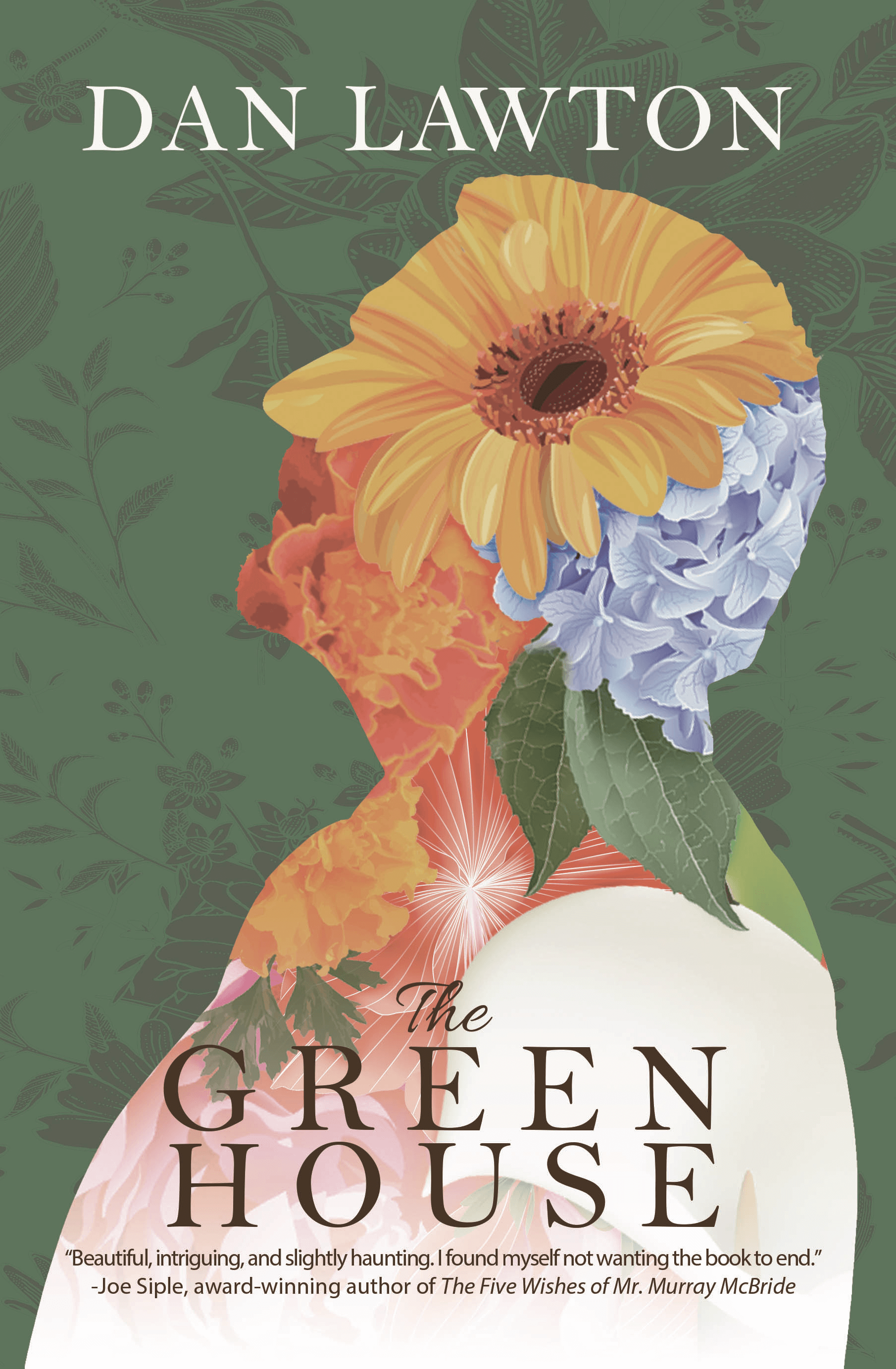 -Finalist in the Mystery category for the 2020 Book Excellence Awards

-Finalist in Literary Fiction for the 2020 American Fiction Awards

Seven flowers, seven colors, seven meanings, and one 37-year-old secret—the green house is the keeper of it all. Its creator, Girard, is a fragile elderly man whose life was shattered by tragedy nearly four decades ago. And when tragedy strikes again—this time to his beloved wife, Miriam—Girard struggles to cope.

The pain of the two interwoven tragedies drives Girard to places of his psyche he desperately tries but is unable to escape. And while the green house he constructed reminds him every day of the regret and the agony and the heartache, it’s the only place in his world that offers him peace and tranquility.

Girard turns to the green house as his savior, and with it, he discovers the power behind it not even he knew existed—hope for a second chance.

“The Green House” is about love and loss and ultimately forgiveness. The story is deeply personal in that the root of it comes from a real place. At the time I wrote it, or at least most of it, there was someone in my life who was struggling with some of the mental health issues that our main character, Girard experience—protagonist is up for debate, though I think he is. As a writer, I thought the best way to try and understand what this person was going through was to write about it. So Girard is a projection of my interpretation of what this person was going through, with a fictionalized plot.

“Beautiful, intriguing, and slightly haunting. I found myself not wanting the book to end.” -Joe Siple, award-winning author of The Five Wishes of Mr. Murray McBride

“The Green House by Dan Lawton is a bittersweet tale about a man who struggles to cope with his guilt in the wake of his wife’s death. The story begins with Girard in his greenhouse, a place he views as a safe haven. He notices that his wife, Miriam, is not in bed and that his car is missing. Still, he goes to sleep, only to get a visit from the police, requesting he identify Miriam’s body. His daughter, Stacey, whom he hasn’t seen in decades, soon comes to visit, only for him to discover that Stacey has inherited the alcoholism that her father deals with. As the story continues, and more difficulties are brought to light, Girard learns to understand himself, alongside the faith that he carries.

One of the many things that Lawton does very well is incorporating nature therapy with grief. The flowers and colors that he uses in the story blend wonderfully with Girard’s journey. For instance, one of the flowers that Girard chooses to represent Miriam is an amaryllis. The amaryllis represents love, or more specifically, someone chasing love. Girard makes note of how unapologetically the flower’s beauty presents, similar to Miriam and how she does things. Another thing that Lawton does extraordinarily well is to show how Girard’s decisions affect his family. From a drunk driving accident that resulted in the death of his unborn baby, to what he says to his daughter about her alcoholism, it’s very realistic of what might happen with the death of a loved one and shows the grief that Girard is dealing with in a way that captures you. It makes you empathize with Girard. While I did feel that the ending was a bit rushed, overall, I would recommend The Green House by Dan Lawton to readers who enjoy literary fiction and Christian inspirations.” -Reviewed By Robin Goodfellow for Readers’ Favorite

“Girard Remington had built a fabulous Greenhouse and became a dedicated gardener. The greenhouse and its beautiful flowers provided him solace from the mental issues he struggled with.  It became his refuge whenever he felt overwrought from the deadly event that made him feel emotionally empty. It was a place of beauty and quiet that soothe the everlasting guilt that ate at him for what he had allowed to happen many years before. An event that led to a death and also the alienation of his daughter, Stacey. It was his love of alcohol that precipitated the deadly event.

Now suddenly, his wife, Miriam, disappears, breaking the repetitive daily regimen that he had accepted as his life. He leaves his greenhouse to join her for their late morning coffee, but she is nowhere to be found. To make things worse, he discovers his Buick is also missing. A day later, the police discover the Buick and a burnt body of a woman in it.  Now he has a second tragedy to struggle with.

Miriam’s disappearance triggers suicidal thoughts in Girard’s mind. The episodes weight heavy on him, and the greenhouse and its serenity become his savior in preventing him from following through with his death wish. His missing wife and the emergence of his alcoholic daughter adds more fuel to his depression, and it’s the greenhouse that isolates him from the crushing pressures his new reality creates.

The Green House is a visual, visceral reminder that we can survive anything if we choose to. It is a profound read that reminds us that there are ways that individuals can use to help deal with their loss.

Lawton gives an extremely honest and poignant account of dealing with grief, guilt, and death. What gives people the will to live? What gives life meaning?