The Dark Side of Glory by Raven Kamali 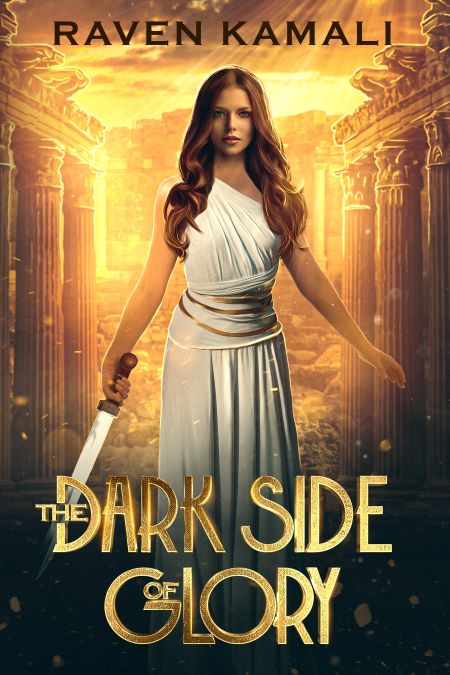 Thank you for inviting me to Authors’ Lounge.

My name is Raven Kamali.  I was born in Iran into family of poets and historians, so I grew up loving literature and history, particularly ancient history.  But I never aimed at being a writer.  I wanted to be an ancient historian.  So, when I migrated to Australia, I went to university to study ancient history and the classical Latin and Greek languages.  It was not until the start of my PhD that I changed my mind and instead chose writing as a career.  And the reason was that I had a powerful story to tell which required my full attention and time.  The PhD had to be sacrificed for a masterpiece to be born.

And that masterpiece was The dark side of glory.  I wanted to bring to life major historical events that took place in Judea and Rome between 7BC-AD9 – from the last years of the reign of Herod the great to the battle of Teutoburg Forest in Germany which cleaved Europe in half and created two cultures: the Latin and the Germanic.  The importance of the latter can never be understated as many modern historians believe that the two great wars had their origin in the battle of Teutoburg.

However, the journey of writing such a novel was not to be easy.  It would take me ten years to complete it.  The problem was that I knew not everyone shared my passion for ancient history and I didn’t want to write this book just for history buffs.  So, my task was to show these historical events through the eyes of compelling characters with compelling lives.

Now, as a writer I found myself to be a pantser, not a plotter.  This had its advantages and disadvantages because I didn’t know who my characters will be and what they would do in the book.  The main protagonist and the antagonist were there in my mind but I didn’t know their full stories yet.

Their stories gradually evolved as I allowed my characters freedom to live their lives in the pages I was writing.  And they all became part of my daily life.  I laughed, I cried and I gasped with the people of my book.  They were now people and not just characters.  When I finished my manuscript I sent it to a wonderful test-reader whom I had chosen because she had no interest in history.  She was only interested in detective novels.  And I told her to be brutally honest with me.  My thinking was that if I could make her interested in my book, then I had a winner on my hands.  She was a busy lady with a full-time job and four children.  She read the manuscript, which was 140,000 words, in four days and said that she couldn’t put it down.  She gave me a detailed analysis of the characters and told me that the book was a masterpiece.

On the night the book was released, I cried, for I was saying goodbye to the people with whom I had shared my life for ten unforgettable years.  My test reader received a signed copy of the book and since then the book has been circulating around her family and friends.  My dentist also got a signed copy of it.  I have been talking to her for so long about my book that she was eager to read it.  So, I took the book to her one afternoon and she started reading it right after I left.  She told me later that she was so engrossed in reading it that she forgot about her next patient and the secretary had to come and get her.  She read the book in two days because she couldn’t put it down and since then she had lent it to her family and friends.

The Dark Side of Glory does not have a target audience.  Anyone can read it and enjoy it while learning its history without any effort.

My work can be viewed via the links below:

The Dark Side of Glory on Amazon