The Creeping Evil by Jennah Walters 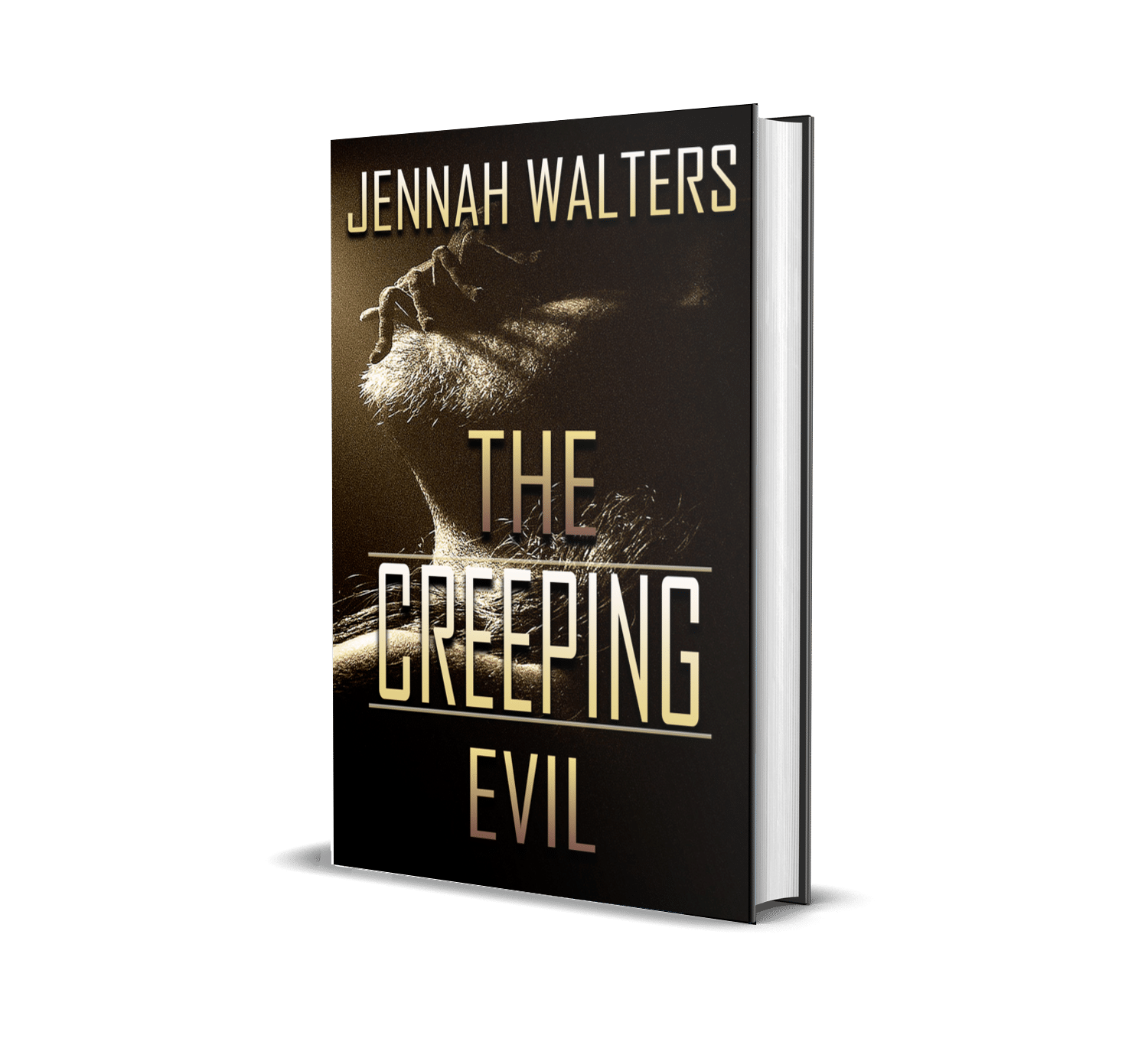 Who am I? That’s the question of all questions, isn’t it?

Where would I begin to introduce myself? Hell, I’m still coming to terms with who Jennah Walters is myself. But if I was to start somewhere, to pluck a stray hair from my fragmented head, I’d say as follows. I do not wish to know what goes bump in the night, nor do I care what creature creaks atop my floorboards. No, I want to meet the scientist who created that invisible entity, to prod the living brain and actions of characters who stray beyond the typical lines of lunacy. Thus, my books, and sometimes myself are very much the citizens of a haunted isle called weird fiction.

The Creeping Evil is no mere collection of flash fiction, for each tale contains far more than a singular act of scientific deviancy. They are experiences of ordinary people, people who, through fate or misfortune, find themselves the puppets of a tired and heartless universe. And whether they survive those experiences or not, they will forever possess a tremendous fear. A fear that science cannot just go too far, but the understanding that ethics is a line in the sands of an ever-shifting and tectonic mind. Because the laws of nature and humanity’s necessity to break those laws is far stranger a beast than could be found in even the darkest corners of a dusty crypt. How do people react then? How does the average individual handle a trip through a portal to hell? Can they even begin to fathom their own thoughts when faced with the very building blocks of their universe? Those, my dear friends, are the questions that insist I double-check the windows every night, and you too may become a stranger to sleep after reading The Creeping evil.

If I was to claim that inspiration flew through my window on a cold winter’s night, holding in its hands the big book of writing secrets, I’d be lying. Because my stories come from a far murkier dimension. I’ve suffered through terrible nightmares since before I can remember, and for a long time, I saw those visions as enemies. I’d attempt to evade them as soon as I woke, jumping in the shower in the hope of washing them from my skin like a plague of my own design. And now? I’ve befriended those nightmares, and what I once locked away, deep between the creases of my brain, are now the scripts of events that damn-near haunt my peripheral vision. You see, I realized something. In any shape or form, bad dreams are no mere fantasies. They are the by-products of fear and self-regret, the mutilated children of hope and loss, and grasping them by the throat has forever changed the way I write. Now, nightmares flow from my fingertips like the blood of a sacrifice to an otherworldly God.

I try to write the stories that I want to read. Had anyone printed a tale about the amnesiac slave who discovers a clone of himself growing in his master’s basement? No? Well, I wanted it, so I put pen to paper and incorporated it into The Creeping Evil. However, these stories, especially those found in The Creeping Evil, are far too psychologically disturbing for anyone in their teens. Did I even push it a little too far, allowing for the monstrous events to gestate and grow beyond the Lovecraftian? That’s for you to decide, but a quiet night’s sleep cannot be guaranteed.

It’s easy to enjoy one book and to move straight along to the next. With The Creeping Evil, however, I wanted to try something brave. I wanted to create a wide variety of weird narratives that not only shocked the reader but stuck with them for long after they put the book down. Two years from now, when you see a virtual-reality headset, perhaps you even try it on. I want you to remember the visor from the title story. And for a split second, you’re going to wince, wondering if you’ll see the same unfathomable horrors that those poor witnesses saw in that decaying lab.

My ultimate goal for The Creeping Evil is for the stories to be translated into short, horror manga. And dare I dream it, Indie Films that slink beneath the skin of those brave enough to watch. But mostly, I want people to read The Creeping Evil and think,

“Jennah Walters is a drug that seems to shoot straight for my subconscious, and I need more!”

I’d like to say a massive and wholehearted thank you to Authors Lounge for allowing me to share my thoughts, deranged processes, and work. I would also like to take a moment to thank my dear friend, D.W. Hitz, for the phenomenal story he wrote for The Creeping Evil.

If you’d like to check out The Creeping Evil or delve into my mind, you can find my Amazon author page and Twitter links below.