The Adventures of Captain Polo: graphic novels about climate change 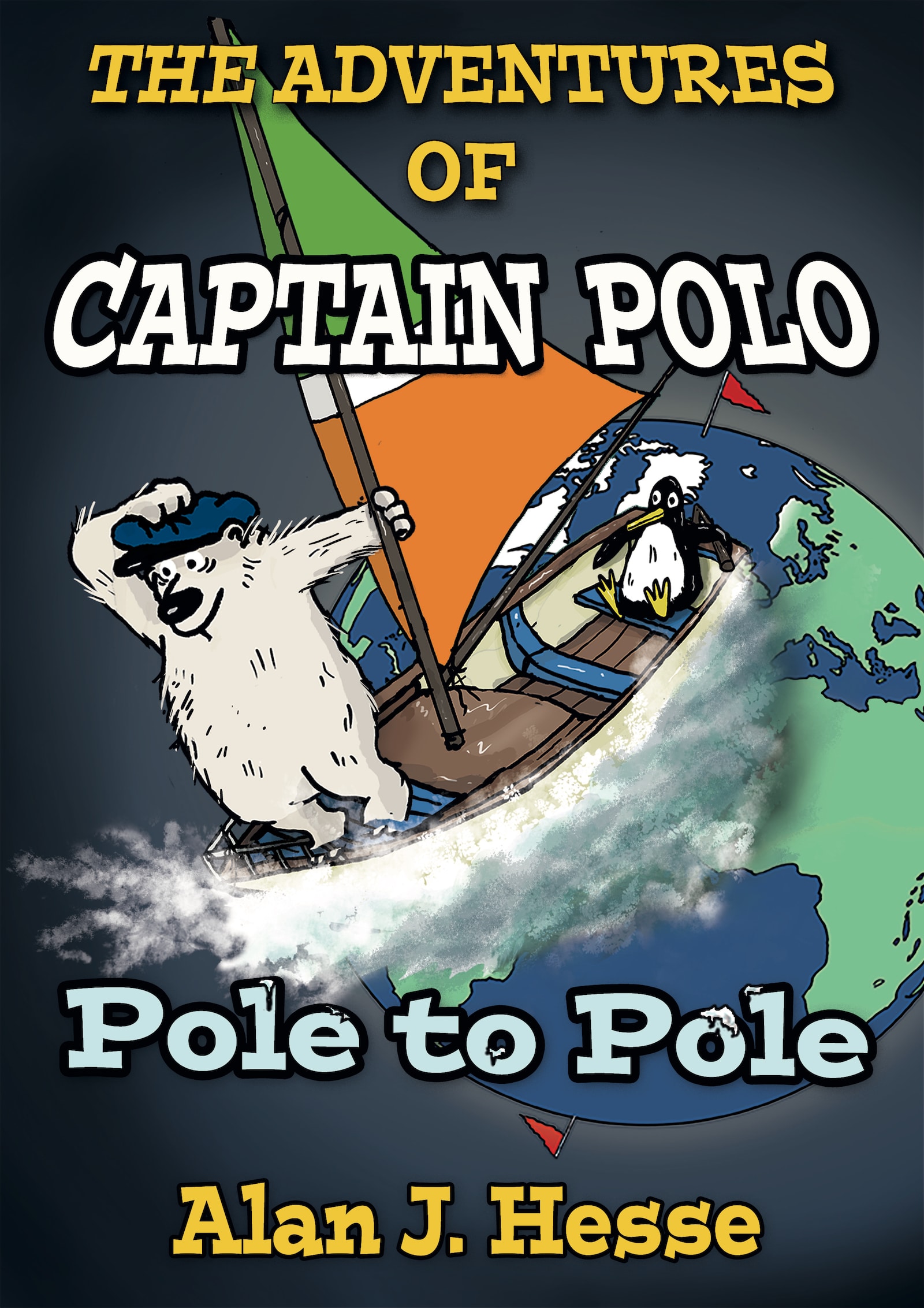 “The Adventures of Captain Polo: Pole to Pole” is the sequel to the first three books in the Captain Polo series. Like these first three books, Pole to Pole is a narrative non-fiction graphic novel about climate change, its effects in different parts of the world and also the solutions that are emerging. The book weaves science and facts about the latest efforts to combat climate change with an entertaining story bursting with fast-paced action, adventure and humour.

I was inspired to write this book for much the same reason that drove me to creating the overall series: the more people who understand what climate change really is and what we, as a global society, need to urgently do about it, the better. Climate change, now more aptly called ‘the climate crisis’, has been defined as not just another issue, but an era in which humanity’s very survival is at stake. Children in particular can find the subject confusing and frightening as they view an uncertain future. This is where Captain Polo and his friends step in: by delivering information everyone, including kids, need to know in a comic book or graphic novel format I can leverage classic storytelling elements such as a good story arc, colorful characters, images and humour to make learning about the subject and the many related issues affecting different societies around the world much more accessible, and effective. I’m a big believer that learning should be fun; in fact I would go so far as to say learning should be fun.

My book targets middle grade, so kids around ages 9 to 12. However I know that some of my readers are as young as 8, and as old as 88!

I want my readers, regardless of their age, to have an entertaining read and also learn something new about climate change, environmental issues and climate action. I want them to wake up to the state of our planet and the hard reality that life as we know it is in serious jeopardy, but also that this very fact is bringing out the best of humanity – qualities like solidarity, creativity, adaptation, coordination, courage and ingenuity. The expansion of the youth climate strikes since 2019 is an example of this. I firmly believe that through our capacity for rapid learning, invention and adaptation, we will get through this crisis and actually make the world a better place. I see technologies for ever-cleaner energy improving by the day, plans for completely revamped cityscapes full of parks and trees, flats with hanging gardens attracting birds and bees, etc. Captain Polo is all about revealing the hard truths, but also the positive winds of change.

My goal for the Captain Polo series in general is to push this book and its predecessors into popular mainstream children’s literature to boost the narrative nonfiction or educational graphic novel genre, which I find is very under valued. Writing articles like this one for Authors’ Lounge is one of the ways that can help me do that.

I want to make Captain Polo a household name, much like Paddington Bear is still. I hope to interest schools in the series and the character, and hopefully even bring Captain Polo to the film industry as an animated series. I also want to put Captain Polo at the service of climate and conservation groups the world over, to leverage as a messenger for hope and urgent action.

Pole to Pole also comes in a black and white edition as a colouring book; my aim with this is to start introducing even younger readers to the book and its message through a hands-on, fun activity that can also be educational.

What comes next for Pole to Pole is to create its sequel: “Antarctica”, which will take Polo and his friend Penguin to the Amazon rainforest and on south all the way to the South Pole.

I live in Ecuador, I was born in Pakistan to Anglo-French parents, and I’ve lived in dozens of countries all my life, most of them in the so-called developing world. As such I consider myself a world citizen, and I like to imbue my books with my personal connection with the countries and cultures I’ve experienced in my own life. This is why you’ll often see maps in my books, as well as accurately drawn settings, graphic as well as textual cultural idiosyncrasies and different languages.

As well as author-illustrator and educator I’m also a conservation biologist, and my deep knowledge and experience of conservation and the natural world nourish the technical content of my books. I actually believe that I can make more of an impact for conservation with my graphic novels than as a biologist. In my author persona I should add that I’m still a one-man band with my books, in that I take care of it all myself, from the initial concept and research, artwork and texts, all the way through to design, publishing and marketing. It’s becoming a bit much, especially marketing, so I guess I’ll soon be ready to get a team together!