Tale of The Wanderer, Right vs Honourable – by Kai W McKay 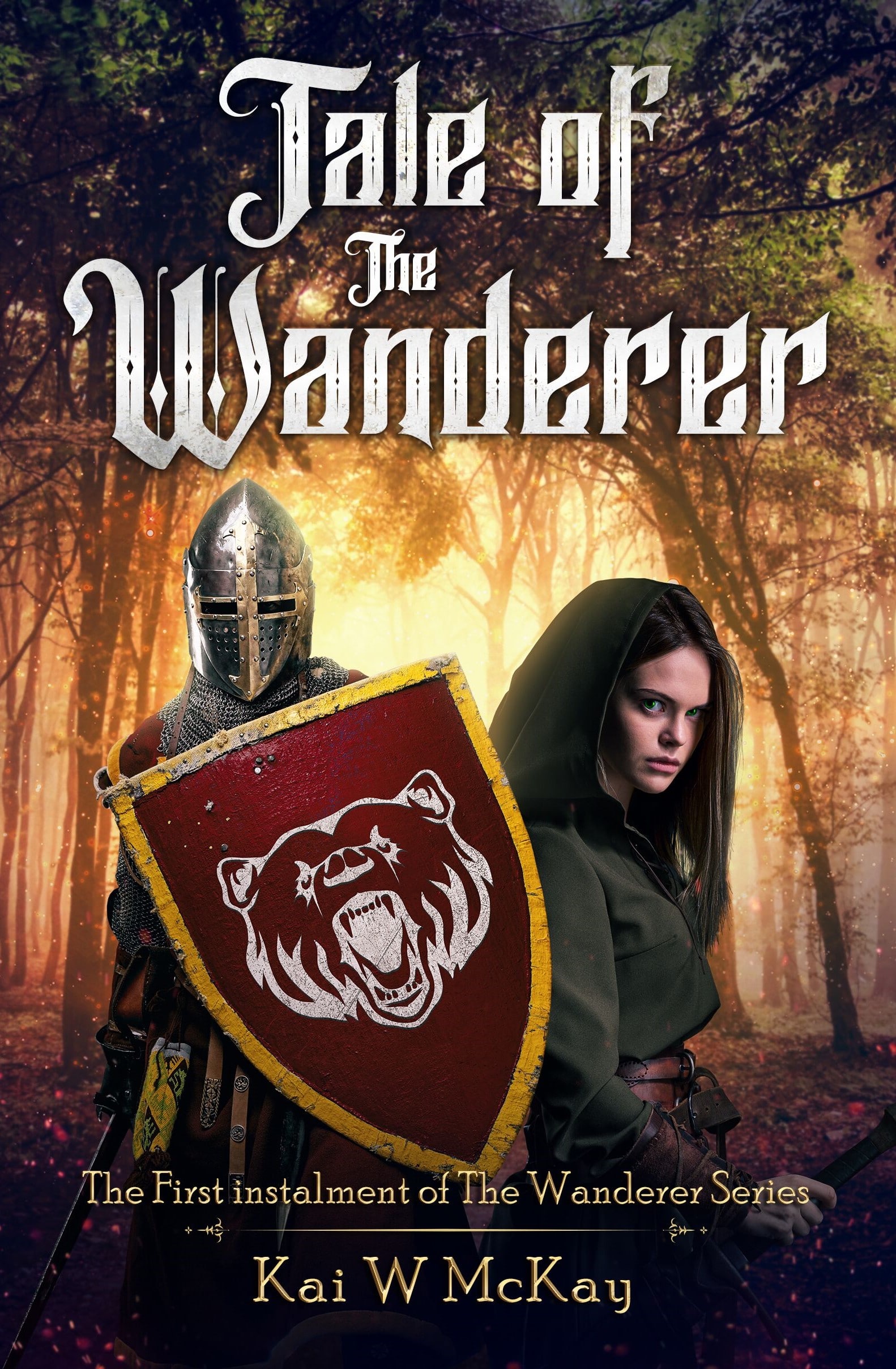 Now, I would like to introduce myself. I’m Kai, I’m a writer from the United Kingdom and I am the proud writer of the novel Tale of The Wanderer. A dark fantasy novel that delves into the slowly decaying mind of a disgraced knight, where he must decide between what is honourable and what is right while fighting his own inner demons. The story follows this disgraced knight after he returns from exile to aid a prince in overthrowing his tyrannical father who burns the magical races at the stake.

My passion for writing and literature came when I was around nine years old. In my primary school we had a well-known author in the UK come in to talk to us about his work. His name was Stewart Ross, and I can vividly remember that day like it was yesterday. He demonstrated his creativity to us, creating a story with each question we asked him until he formed a short story for us in assembly, and let’s just say I was inspired. I remember coming home from school that day and slaving over a piece of paper writing a children’s book which at the time was ten pages long and that at the time felt like an eternity for me. It was the story of a young boy learning he is a werewolf, and learning about the world of monsters and magic around him, while balancing his social life in the process. Maybe after a time I might return to that work and flesh it out some more.

Other inspirations for my writing were the likes of George R R Martin and Andrzej Sapkowski respectively. Both the A Song Of Ice And Fire and Witcher novels have been the keystone of my work, drawing inspiration from the characters in their works to create my own world in hopes of it joining them. As a writer I love the idea of a grittier, more realistic fantasy world, where we see the hardships of the characters we read about, where we hear their struggles and feel their pain but I also wanted to give a sense of wonder to the world of Tale of The Wanderer.

My book is aimed at an older audience, the Young and New Adult groups specifically but it is available for anyone who wishes to read my work. I hope that by reading my work my readers can understand the ideas that even the strongest of us, from a King to the lowliest farmer can feel the effects of mental health, and the effects that war has on your mind. How even after returning home and getting away from the fight it will always be a part of you.

Future plans for sequels have already been planted, with a first draft of my sequel novel “Song of The Nameless” in the works and almost completed. My work is available on Amazon for purchase in Paperback as well as Ebook but I am looking for the opportunity for a traditional publisher to take on my work and give it to the wider audience that I know it can reach.