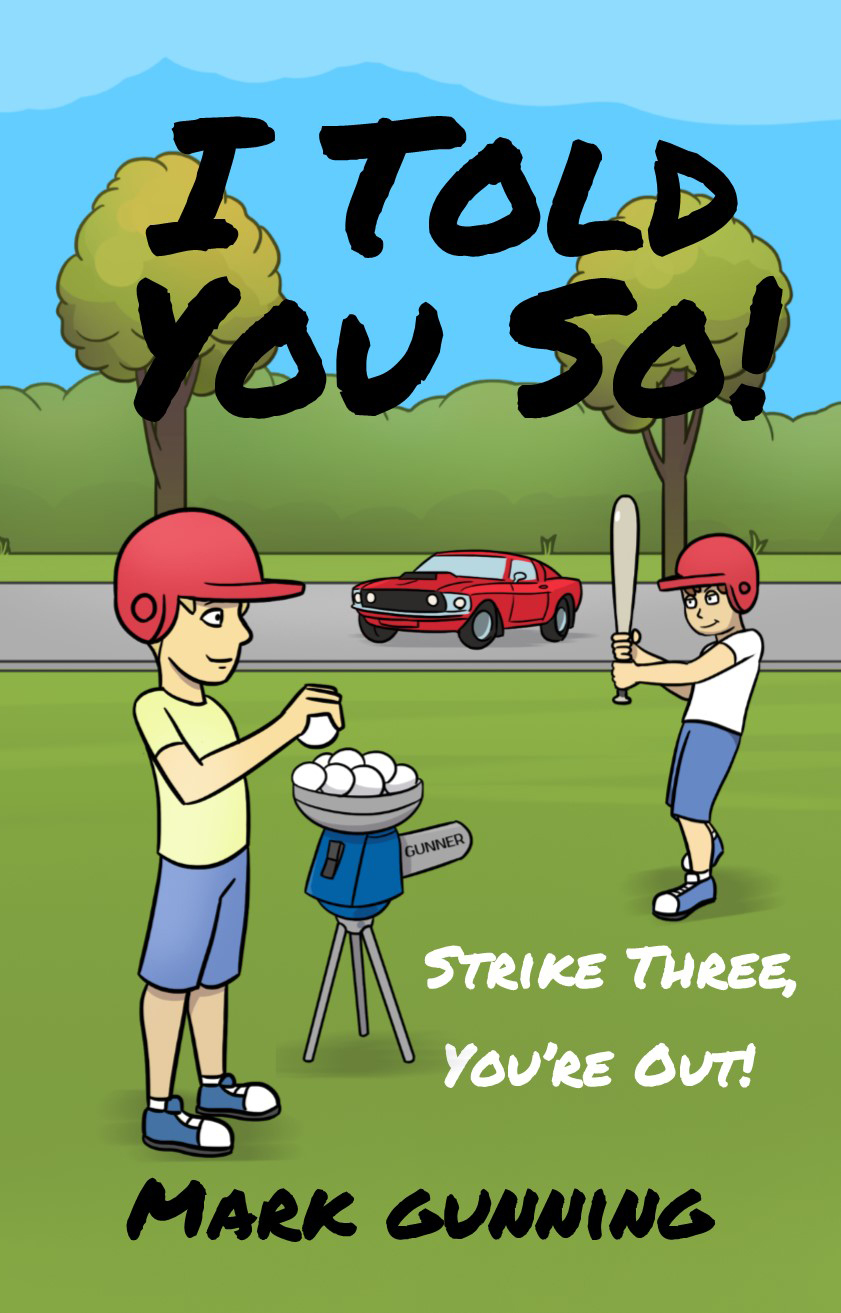 Mark Gunning grew up in Chippawa, Ontario and likes to call Niagara Falls his home. He is the proud father of three amazing children. Mark has been married for over 20 years and enjoys spending time with his wife, kids, and pets. He has been an elementary teacher for over the past 24 years and decided to write a series aimed at the middle-grades back in 2017. It did not take long as his first book was well received and earned him an Elementary Teachers’ Federation of Ontario Children’s Literature award in 2018. Since then, he has written two more published books in his series and has a fourth one on its way that will be coming out July 1st. He also has plans for a fifth book to be released at the end of the year. Mark wishes to retire from teaching in the next 3 years to pursue his dream of becoming a full-time children’s author.

“Strike Three, You’re Out!” is the third book in Mark’s ‘I Told You So!’ series. The book is a collection of short humorous stories that follow the mischievous adventures of two 10-year-old boys, William and Thomas. Mark had the fortunate luck to meet up with a children’s author who was doing an author appearance at his school back in 2010. After striking up a conversation with the presenter, Mark soon found that he had a newfound passion for sharing some of his stories of growing up as a kid in a rural area of Niagara Falls. It took him 7 years from the first encounter, but he soon achieved his goal by releasing his first book in May of 2017. Presently, Mark has plans on releasing a mystery series and has even begun working on a fantasy story as well.

So, what are the books all about? Well, William is an adventurous boy with some crazy ideas. Luckily, he has a best friend Thomas who tries to talk him out of things but in the end seems to go along with William’s plans. The two boys live in the fictional town of Itchygooney. The town is based loosely on his childhood hometown of Chippawa. Each short story involves a set of plans that has been developed by William. Things never seem to go quite as planned as some outlandish events happen. To make thing worse, William’s grandmother from up north seems to be the brunt of William’s plans. The best thing is that no one is seriously hurt when things go wrong. Well, let’s just say not too serious.

Will the town of Itchygooney ever be safe again? Likely not, but at least things will at least be entertaining!

Mark’s future goal is to help spread the enjoyment of reading and writing by visiting schools all across the country in the near future. He would like to thank Author’s Lounge for giving him the chance to showcase his third book and for the added opportunity to help make people aware of his unique and fun style of writing.

He can be found on Amazon.