Socio-Political Books to Read this Month of May 2021 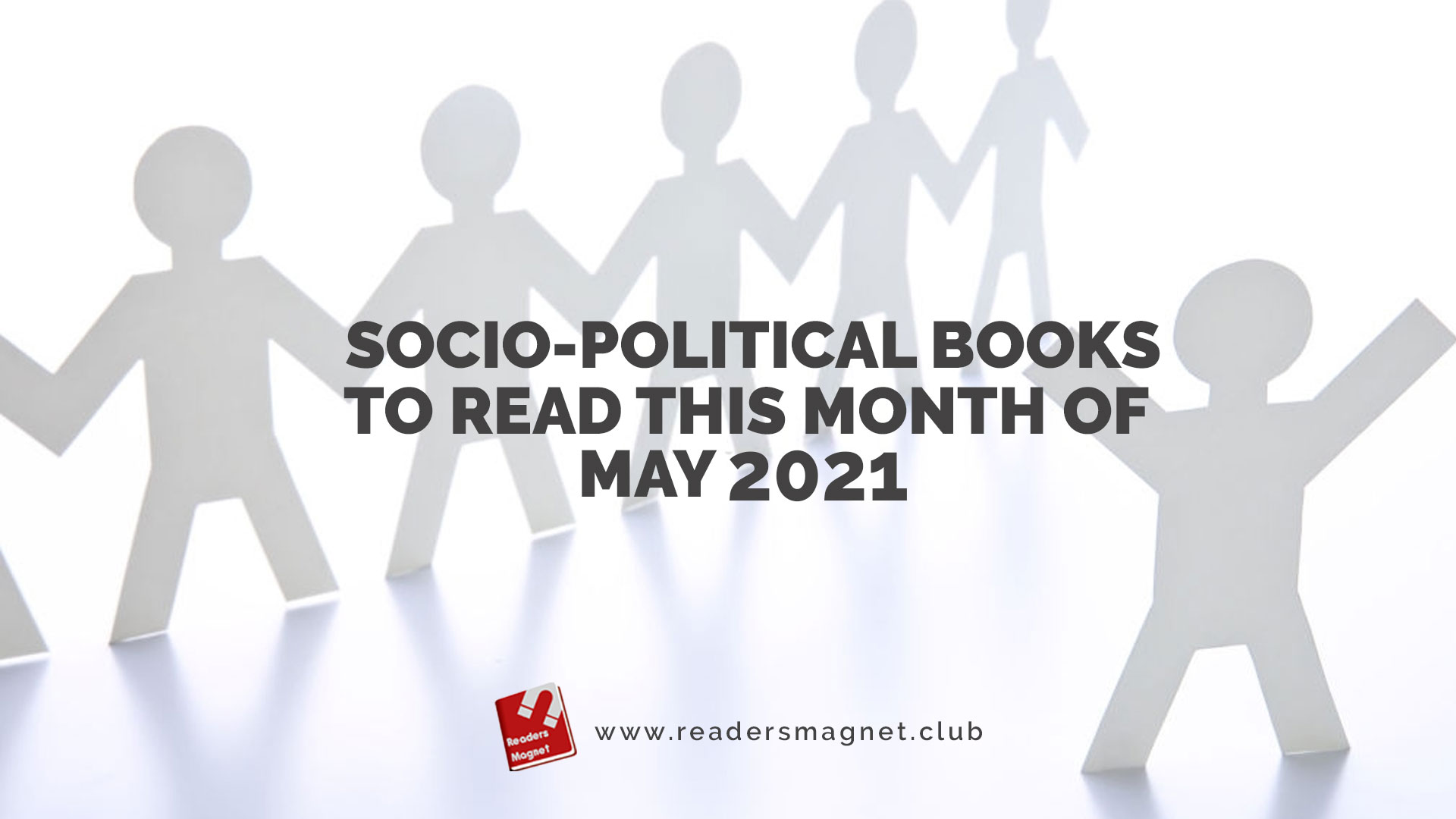 ReadersMagnet recommends these five socio-political books to read this month of May 2021.

On Freedom and Revolt by Carl E. Moyler

Our list begins with Carl E. Moyler’s 2015 socio-political book On Freedom and Revolt: A Comparative Investigation. This inspirational book takes a closer look at the parallel lives of two famous and passionate historical figures- Martin Luther King Jr. and Albert Camus. Martin Luther King Jr. was an African-American Baptist minister and civil rights leader who advocated for peaceful reforms and was gunned down by James Earl Ray. Albert Camus was a French author, journalist, and philosopher whose works earned him a Nobel Prize in Literature. Both men have inspired leaders, activists, writers, and revolutionaries. In his book, Carl E. Moyler shares their lives, principles, contributions, and legacy to modern society. On Freedom and Revolt by Moyler is a well-written account of not just two extraordinary individuals but also of the history and circumstances that shape these men.

We are the Weather by Jonathan Safran Foer

Climate change is an environmental issue and a global socio-political crisis that needs to be resolved if humanity wants a better chance at survival. Author Jonathan Safran Foer is known for his post 9/11 drama Extremely Loud & Incredibly Close (which was also adapted into a motion picture) and other novels. In 2019, Foer published a socio-political book that tackles the global problem that is climate change. In this book, Foer invites readers to accept the reality that our world is warming up because of irresponsible human activity. We are the Weather by Jonathan Safran Foer reminds us that for us to find immediate and tangible solutions, each one of us should change for the better, from the way we eat, the way we travel, our lifestyle, and the way we think. It is a must-read book for everyone.

Doris Kearns Goodwin’s 2018 biography, Leadership: in Turbulent Times, is a timely and relevant read. Now more than ever, the country is beset with internal crises and external problems such as the global pandemic. Goodwin’s extraordinary work draws inspiration and lessons from four of the great leaders of the United States of America and their leadership qualities. The book features Abraham Lincoln, Theodore Roosevelt, Franklin D. Roosevelt, and Lyndon B. Johnson. By taking a closer look at the lives of these four presidents and how they were able to deal with their respective crises, today’s leaders and readers can identify the necessary values and principles needed to help usher the nation towards a better future. Leadership is one remarkable guidebook worth checking out today.

The Second Amendment by Michael Waldman

Another timely read is Michael Waldman’s thought-provoking and controversial 2014 biography The Second Amendment. Michael Waldman’s book covers an extensive and comprehensive discussion of the most misunderstood provision of the Bill of Rights- the right to bear arms. In this honest and enlightening book, we get to know the premise and the history of the second amendment, gun control laws, and the attempts to change that part of the constitution. The past decade saw the increase of mass shooting incidents that claimed innocent lives. Now more than ever, Americans must take a close look and review gun control laws. Michael Waldman’s The Second Amendment will enlighten readers on different perspectives and contexts of the said provision, as well as a possible prospect for gun control laws.

The Truths We Hold by Kamala D. Harris

It’s hard not to include vice-president Kamala Harris’s 2019 memoir The Truths We Hold: An American Journey. In this inspiring work, Harris shares her incredible journey from being a daughter of immigrant parents, her time in law school to her impressive career in law enforcement, and eventually, public service. The Truths We Hold is a story of one woman’s rise to power and the values that will inspire readers to face their truths and overcome challenges in life. Kamala Harris and her book teach us valuable lessons in problem-solving, crisis management, leadership, and above all, living a life of sincerity and service to others. The Truths We Hold is another eye-opening read not only for political leaders and public servants but also for every American who wants to live a purpose-driven life.