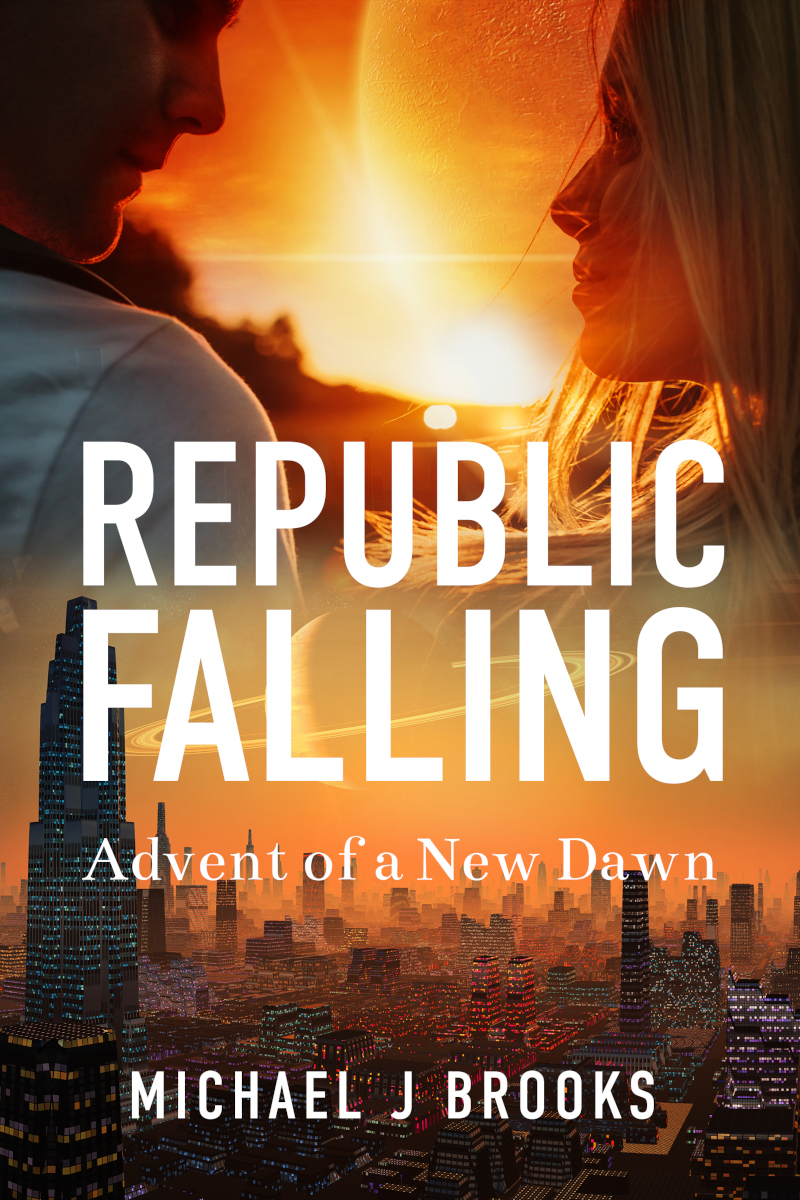 “Republic Falling has an emotional center and intelligent angles that make it an irresistible read.”

Republic Falling: Advent of a New Dawn is a science fiction novel that explores socioeconomic hierarchies, class warfare, ascribed status, group identity, war politics, discrimination, and more through the civil conflict between the surviving population of Earth residing on the New Humanity’s utopian motherworld, Eden, and its dystopian secondary world, Satellite One. Like night and day, evident is the overt contrast between the marginalized and privileged classes of mankind. In the midst of this conflict, two Guardians of humanity’s military force, the Commonwealth Defense Force (CDF), Randal Scott and Stacie Spencer, navigate the complexities of a war that is not simply black and white, good versus evil. The war will test relationships and force characters to choose sides.

I have been a fan of science fiction for years and have always been impressed by how science fiction not only provides an escape from day-to-day life but explores subject matter corresponding with current times. There is impoverishment and inequality globally; there have been wars and revolutions resulting from marginalization and discrimination, and this is the subject matter I explore throughout Republic Falling.

The target audience for this book is adult male and female readers who are fans of science fiction, or simply searching for fiction literature encompassing action, adventure, and a little romance.

I hope readers will discover a thought-provoking story that entertains them and suspends their imagination by transporting them into an imaginative universe. Also, I believe that fiction can bring awareness to and address crucial social issues.

Republic Falling is the first installment in the Wars of the New Humanity Series. It sets the foundation for future installments. The next one, the sequel to Republic Falling, will be centered around a shadow war being indirectly waged, which could influence the future of the New Humanity. The sequel will continue to expand on the themes and subject matter of the first novel.

I hold a BA in art and an MFA. I am a member of the Independent Book Publishing Professionals Group (IBPPG), and my first novel, Exodus Conflict, was a finalist of the 2013 Next Generation Indie Book Awards, in the sci-fi/fantasy category; earned honorable mention from the 2013 London Book Festival, in the science fiction category; and received five stars from Readers’ Favorite.

What happens to your psychological state if you’re Linked (joined in mental communion) with your mother as she’s atomized from existence? Not too many people get to find out. Randal Scott is one of the unfortunate few, and he wouldn’t wish that hell upon anyone. Who would?

Randy enlists into the Commonwealth Defense Force to deliver retribution to the man who killed his mother and mentally scarred him for life, his father, Arson Scott. After establishing a wonderful life for his family and nurturing his son into manhood, Arson mysteriously joined the insurgency that threatens to collapse humanity’s intergalactic republic and partook in his wife’s murder.

Now Randy proceeds with deployment to Colony Four, where his father operates his insurgent faction. Alongside his lover and comrade, whom he shares a Link with, Stacie Spencer, Randy forges ahead with his quest to enact revenge. However, the path to vengeance is not a straightforward one for Randy. He becomes entangled in a web of violent conflict, lies, and conspiracies that have him questioning both of the combat forces in opposition, the CDF and the insurgency known as the Coalition of Rebel Factions.