REAL HEROES HAVE A PURE OF HEART by Chaplain Pamelajune Anderson, D. Min. 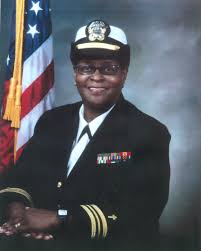 ReadersMagnet feature REAL HEROES HAVE A PURE OF HEART

Just the mention of the word makes you think of service members, firefighters, or police officers who put their lives on the line to help people. You might also think of the brave people who rise to the occasion during a disaster or an event of crime; the brave Samaritans who rush in to rescue animals and strangers from drowning or a burning house; and the ordinary people who give up their lives to serve others amid danger and disease.

Heroes and heroines are also the people or characters you read about in stories or watch in movies, including manga-anime characters and superheroes in comics and TV series.

What makes someone a hero or heroine? What does it mean to be a hero or a heroine?

Real heroes and heroines have a pure of heart. From this pure heart comes courage, compassion, empathy, selflessness, self-sacrifice, self-control, and resiliency, among other virtues. Heroes and heroines see things from the perspective of others. They can put themselves in the position of others. When they encounter a situation when someone is in danger, in pain or difficult situation, they are able, right away, to see themselves in that same situation – and see what they can do to help.

Their strong moral compass is what sets the heroes and heroines apart from the majority. They serve voluntarily; they recognize the potential risk they make; they are willing to make the ultimate sacrifice, and; they don’t expect any reward.

Heroes and heroines inspire us to become better people. Their heroic, selfless actions drive us to see the good in all peoples, especially the most unfortunate ones. Through their want, they tell us that everyone is worth saving or helping. Their pure heart does not discriminate.

We call into mind the heroism of Martin Luther King Jr., Mother Teresa, Nelson Mandela, Gandhi, and Father Damien (the leper priest of Molokai, Hawaii), police officers, service members, firefighters, medical workers, and all people who live to serve amid danger, disease, and disaster. May their heroic sacrifice continue to elevate and transform us.