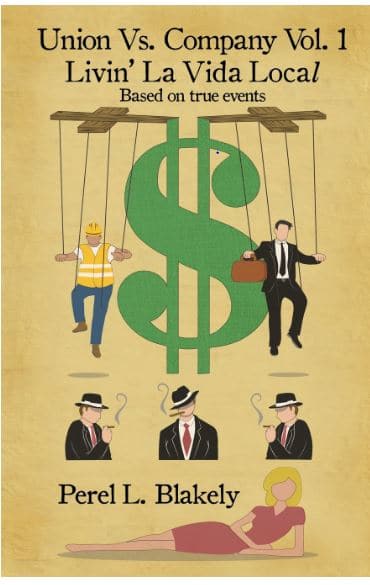 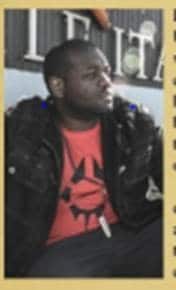 First and foremost I want to thank the Author’s Lounge for giving me a platform to further promote my story and book, “Union Vs Company Vol. 1, Livin’ La Vida Local.” It has always been my dream to tell this story on the grandest platform, and this is surely another step to getting there.

Peter LaBlazio, the story’s Protagonist, is quite the versatile character. I draw up situations from my own life as a Union Steward in Pittsburgh’s tough Teamster’s Union, and insert them into Peter’s life with a touch of added drama and suspense. Peter has not had an easy life by any means. His unstable upbringing, hugely impacted by the sudden tragic death of his father at an early age, sets the stage for Peter to grow up much quicker than anticipated. With close ties to all his father’s so called “friends,” Peter is thrown in to a life of shady business tactics and regular encounters to a multitude of unfamiliar faces.

With teenage Peter hanging around mostly older crowds as a youth, he is transformed into the type of quick witted, fast- talking yankee that can put the blinders over an unsuspecting person who is not trained in his arena of communication. This honed skill puts Peter on the fast track to being somebody that the Union could use as a tool to push their agenda while staying behind the scenes. Peter becomes the “face” of the Teamster’s Local in a hardened city like Pittsburgh, Pa, where uncomfortable negotiations is a regular way of life.

While becoming the Union’s front man for an International Beverage and Bottling company located in the heart of Pittsburgh, he also meets this stories heroin, who also happens to be the new warehouse boss in the location where Peter works full-time. A secret relationship starts to brew between the two of them, which is risky business for not only Peter, but could also get her fired and could void any contract agreements if found out by her “higher ups.” This shadowy love story takes this book to new levels of excitement and intrigue. Will their relationship be unearthed, leaving both of them on the hot seat, or will the work together behind closed doors to benefit the both of them?

The plot thickens when Larry DeGrossi , a high ranking “Union Rep” from New York city is thwarted into the mix to help oversee all the proceedings of the new contract to be established by the Bottling Company and the Teamster’s Union. Larry is a well-known figure in the world of Organized Crime, who has a reputation of always getting the job done no matter the cost. Larry quickly befriends Peter, and lets him know that everything will turn out just fine as long as Peter stays in line. The friction begins when Peter is forced to make the toughest decision in his life; do what he truly feels is “right” for the benefit of all the union employees, some of which are his most dear friends, or do what Larry leads him to believe what is right or face consequences…

I, Perel Blakely, want to again, truly thank the Reader’s Magnet Author’s Lounge for showcasing my dearest work. I fell in love with the art of writing during my college years when all I wanted to do was be on the radio. My first college however, a small Community College in Allegheny County, located in Pittsburgh, Pa, did not in fact have a college radio station. Well I wanted to voice my opinions on any and everything happening in the world, and needed an outlet to do such a thing. My English professor at the time, Mrs Peggy Roche (I’m forever indebted to her, bless her heart),  encouraged me to write for the school newspaper. Not only did she promise me at least one op-ed article every month, since she was the faculty head of the paper, but said she would also pay me if I wrote at least three articles a month. That was all I needed to hear. Not only did I learn how to put my voice to paper, but I learned how to put other people’s voice to paper as well. My love for creating characters was born.

I became editor of my college newspaper and once I found my own voice on page, I began to want to create my own story. My six years working for a bottling company in Pittsburgh, through which I became a shop steward for my local Teamster’s Union, provided all the experiences I needed to put my first story together and transform those stories into the book now known as “Union Vs Company Vol 1 Livin’ La Vida Local. I promise that once you open this book, you will not want to close it. It makes for a quick engaging read whether you’re on a flight, at the beach, or hanging out at your favorite local coffee shop. Thanks for reading about my story. Till next time…