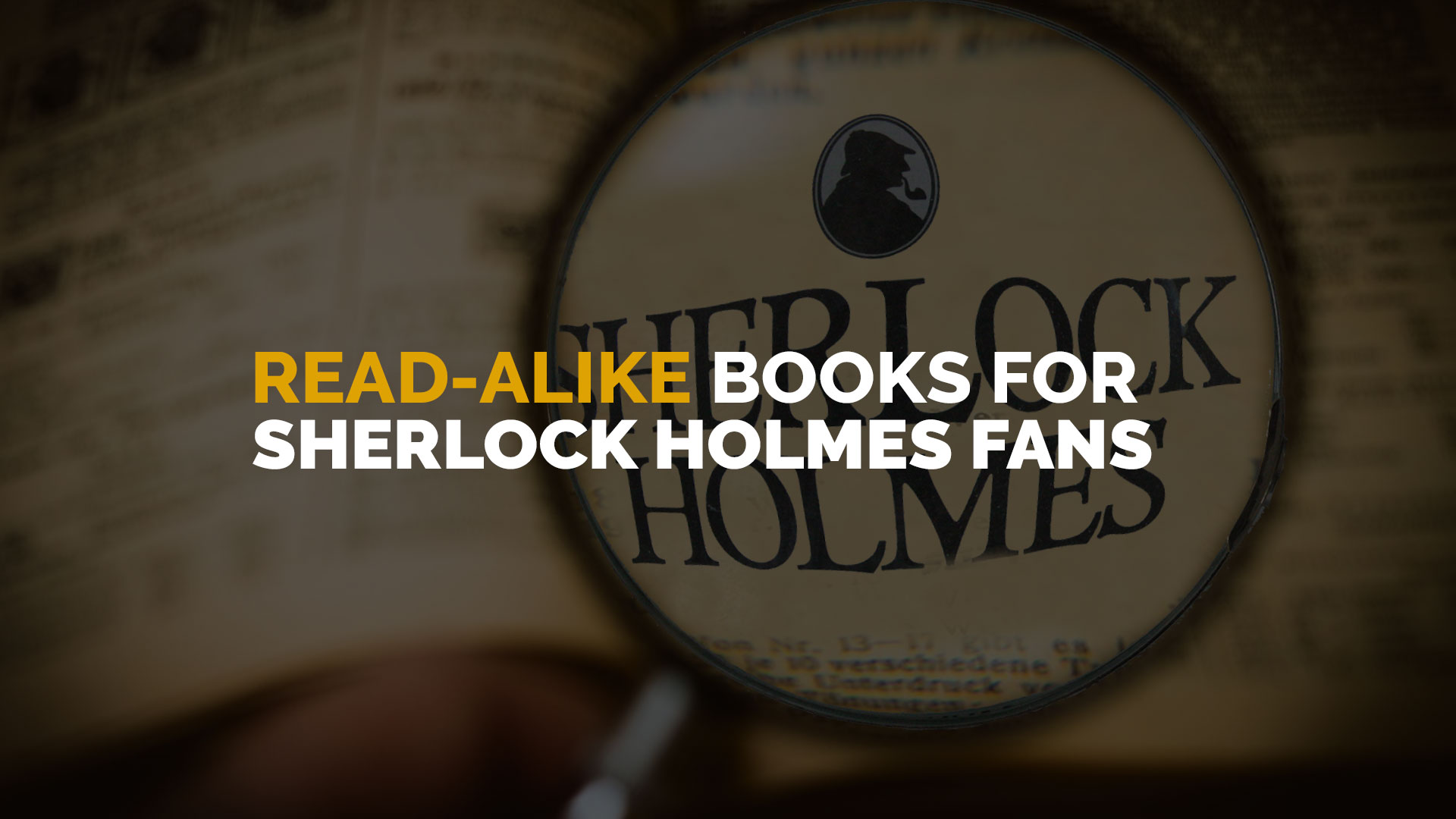 Private detective Sherlock Holmes is the world’s greatest detective known by many bibliophiles. Sherlock’s crime stories fascinate everyone, from his outstanding deduction to observation skills. The way he employs all traits when investigating cases for a wide variety of clients captivates readers, making his story the most enduring literary book of all time. The stories may have ended, but many can never get enough of Sherlock Holmes. Hence, here are some read-alike book series to fill the Sherlock void.

Hercule Poirot is a long-standing book series, including novels and short stories, by famed Agatha Christie. This series follows Belgian detective Hercule Poirot during the World Wars. Christie tells a compelling exploration of crime situations during that era. During World War I, Poirot left Belgium for England as a refugee. He met his lifelong friend, Captain Arthur Hastings, who kick-started his passion for solving mysteries. This eccentric and sharp private detective becomes a society figure of his right to solve crimes and mysteries. Poirot first appeared in The Mysterious Affair at Styles, who seemed to be detestable, bombastic, and ego-centric. The book follows Poirot’s life-solving crimes and mysteries ’till his death.

Lieutenant James Mysteries is a collection of mystery crime novels featuring Eli James, a fifty-five-year-old NYPD Lieutenant. JB Clemmens has written five books in the following order, Something Fishy in Manhattan, A Substitute Murder, Mystery At Pima Point, The Numbered Cups Mystery, and Death in Sequence. Lieutenant James is entangled with many mysteries, which he solves with his wit and intellect. As Lieutenant James goes deeper into investigating these murders, he discovers exciting characters that might be responsible for the crimes. Each book shares different mystery puzzles for the main character to solve. Follow Lieutenant Eli James as he solves gripping and suspenseful murder mysteries, including a bride-to-be’s disappearance from a cave.

The No. 1 Ladies’ Detective Agency Series by Alexander McCall Smith

Alexander McCall Smith’s The No. 1 Ladies’ Detective Agency Series has twenty-one novels published between 1998 and 2020. The series is set in the country of Botswana, Africa featuring Mma Precious Ramotswe. The story started when Ramotswe opened her detective agency using her inheritance from her father. She became the first woman to enter this profession. She feels the need for a detective to solve the mysteries surrounding the people in the country. She solves cases of disappearance, kidnappings, and schemes. As the series develops, more characters join the story. McCall Smith covers themes such as feminism, urbanity, social relations, and clinical depression.

Nancy Springer brings forth The Enola Holmes Mysteries featuring the cunning Sherlock Holmes’ younger sister, Enola. Despite being 14 years old, Enola gained esteem for solving mysteries like her older brother. She is depicted in the books as a scrawny tomboy who is fond of reading and solitude. Enola’s adventures and solving mystery activities started when their mother disappeared, leaving her under her brothers’ care. However, she ran away before being sent to a finishing school with her mother’s help, hidden funds, and elaborate cipher. In London, she established her clandestine private detective career specializing in missing person investigations, including Dr. John Watson’s rescue.

Dorothy L. Sayers’ Peter Wimsey Series is one of the many must-read detective novels and short stories featuring Lord Peter Death Bredon Wimsey. This series tells the story of a dilettante who takes mystery-solving as an amusement. Wimsey is an archetype for the British gentleman detective often assisted by his valet Mervyn Bunter, good friend Charles Parker, and wife Harriet Vane in the series. Lord Peter Wimset is depicted in the books as an average height man with straw-colored hair, beaked nose, and vaguely foolish face. He possessed considerable intelligence just like Sherlock Holmes and athletic ability. Lord Wimsey tend to get drawn into the most unusual cases.