Poetry Of the Heart and By the Spirit | Philip Allen Crosby 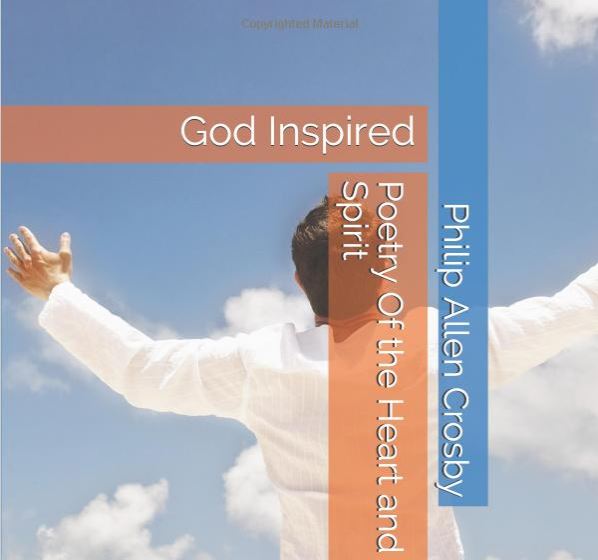 I think of myself as a blessed man. I didn’t always feel that way because it seemed most everything was going the wrong way. Some things I counted pure joy, primarily my children when they were young. I enjoyed my motorcycle and my friends, but my first marriage was rocky from the beginning. We were both pretty set in our ways and compromise was a seldom thing.

Moving forward, after being married seven years, even though I was a college graduate, my career was going no place fast, so living in California when my then wife pleaded we move to Illinois to be closer to her ageing parents, I went along with the idea. We rented a U-Haul, kids in toe, and headed across the country. We bought a house sight unseen in southern Illinois from a United Farm Agency publication.

I had gone into VISTA as a volunteer for two years after graduation assigned to a community action agency that served eight counties in southeast Missouri. Now, not terribly far from that area, a person I knew then came back in my life, which eventually led to our taking into our family a teenage boy who we adopted when he turned 18.

I got to be too much. Things got worse to the point I felt I had to get away by myself, so I flew out to visit my brother living at Lake Tahoe around Thanksgiving 1984.  While there, I set off on cross country skis right from his home in the mountains, figuring I would follow my tracks back and be fine. After a few hours it was snowing, tracks covered, and I was lost. In fact I felt my whole life was lost. I wanted to get out of there and get back to my kids. I remember falling on my knees and praying out loud to a God I didn’t even know, please help me. My life is a mess. I’m sorry for not reading your book; sorry for not serving you; sorry for my anger problem; and sorry for waiting till now to call out to you. I felt there was not a reason in the world God should hear or answer my prayer. I was unworthy, I thought. Funny thing is, when I got up off my knees I felt a very strong urge within me that I should go a direction I had already tried once, but I went. I didn’t hear an audible voice, but a calmness which said it will be alright.  When I reached my brother’s house I was dumb founded and joyous. God had answered my prayer, but why? I realized it was about Him and not me. I was determined to read my Bible when I got back to Illinois; and boy did I ever.

Even so, things at home, my job, my family situation all worsened. Sometime later a crisis came I don’t want to get into for the purpose of this article, but all I could pray was “Oh God”. God heard that prayer in a way I could never explain.

The only thing I wanted was God and I was ready. I didn’t expect to be touched in a mighty way thru the power of the Holy Spirit from head to toes, but I was. I spoke in a language I didn’t know, but after words it settled in my spirit to hate the sin but not the sinner. Nothing changed and yet everything changed.  I knew God was for me and not against me.

Three days later I wrote my first poem titled God Has Spoken. It was my response to what God had done for me. Why it came out as a poem I didn’t know, but it did. It took a couple years but a divorce came about and I lost custody of our children. I was hurting and even had a panic attack at one point, but combined with going to church, reading the Bible, and many prayers and a prayer partner, combined God was giving me spiritual food, and as He gave I wrote it down and it came out as poetry. The more He gave, the more I wrote and somewhere along the line, different styles and methods of poetry came out and I guess you could say I got better.  At first most all that I wrote was to help me on my Christian journey and for soul healing. I began writing individual poems to people I knew who needed a spiritual touch for various reasons. They were gratefully received.

Working at my place of employment a customer I knew was a minister and also a carpenter, and he left a booklet of Christian poetry he had written. I had never met another poet, so I asked him to read some of what I had written and let me know what he thought. With little comment and no advice, later he asked me to go with him to a prison ministry he had been doing and share my testimony. After a long approval process to get in the prison I went. I told my story and lives were touched; theirs and mine. I could see the hand of God all over it.  People were receiving Jesus into their hearts.

After the divorce I married a wonderful Christian lady, Karla, and we have been married 30 years.  How we met and fell in love is a whole other story, but I wrote a lot of poems for her which are not in this book. Karla started going with me to the prison soon after we married. God kept giving me inspiration on aspects of Himself, aspects of my walk with Him and His Son.  I wrote from my heart and I believe I was led by the Holy Spirit, or the Comforter as some say.

During services at the prison I would read one or more poems I had written which would point to a spiritual truth. I would tell a little story from my life they could relate to that would illustrate the points I was trying to make.  I also continued to write poems for individual prisoners which are not in this book.  Karla has a beautiful voice and can sing without accompaniment. She knows enough songs to be able to have the right song for whatever the situation was at the time. We made a great husband wife team at the prison.

We kept this up altogether for 20 years. One year we were recognized as Volunteers of the Year and they made a big deal out of it.  The thankful prison choir meant the most to us.  During our time there we volunteered under several chaplains.  The minister we started with passed away.  The last 10 years we were there pretty much every week unless we were sick or out of town.  The poems in my book were mostly written during this time. The now published book has 233 pages and 241 poems. It is divided into nine chapters.  I sorted them out into these subject areas; God is Love; God’s Faithfulness; Struggling With God; Oh, Hear My Prayer; Growing In The Spirit; God In Nature; Ministry To Others; Christian Celebration; and Victory In Jesus.

Now I don’t write as often as I once did. I used to think the poetry is my life’s work, but now I realize it is just a part. To love God and love one another is the bigger part. That said, after much encouragement from people who know me and have read or heard my poetry, I have put this poetry book out there for the world to read and absorb because it will minister to their spiritual need as I have seen it reach so many people over the years at the prison and other places. I am humbled that God would first of all give me a talent I didn’t know I had, and then allow me to use it to bring glory to Him, our Creator, who is so deserving.

My prayer is if you purchase this book, it will at the very least get you thinking about God and your relationship with Him. I think the poems could be used as devotionals. The subject index I mentioned could lead you to a poem that fits your need at the time. There is also an alphabetical index at the back of the book you can go to re-read ones you remembered the title of but forgot the section or page number. 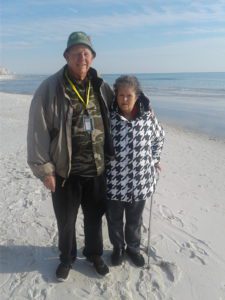 Poetry of the Heart and by the Spirit is my gift to you. I think overall these poems will be a blessing to those who read them.

Your friend in Christ,