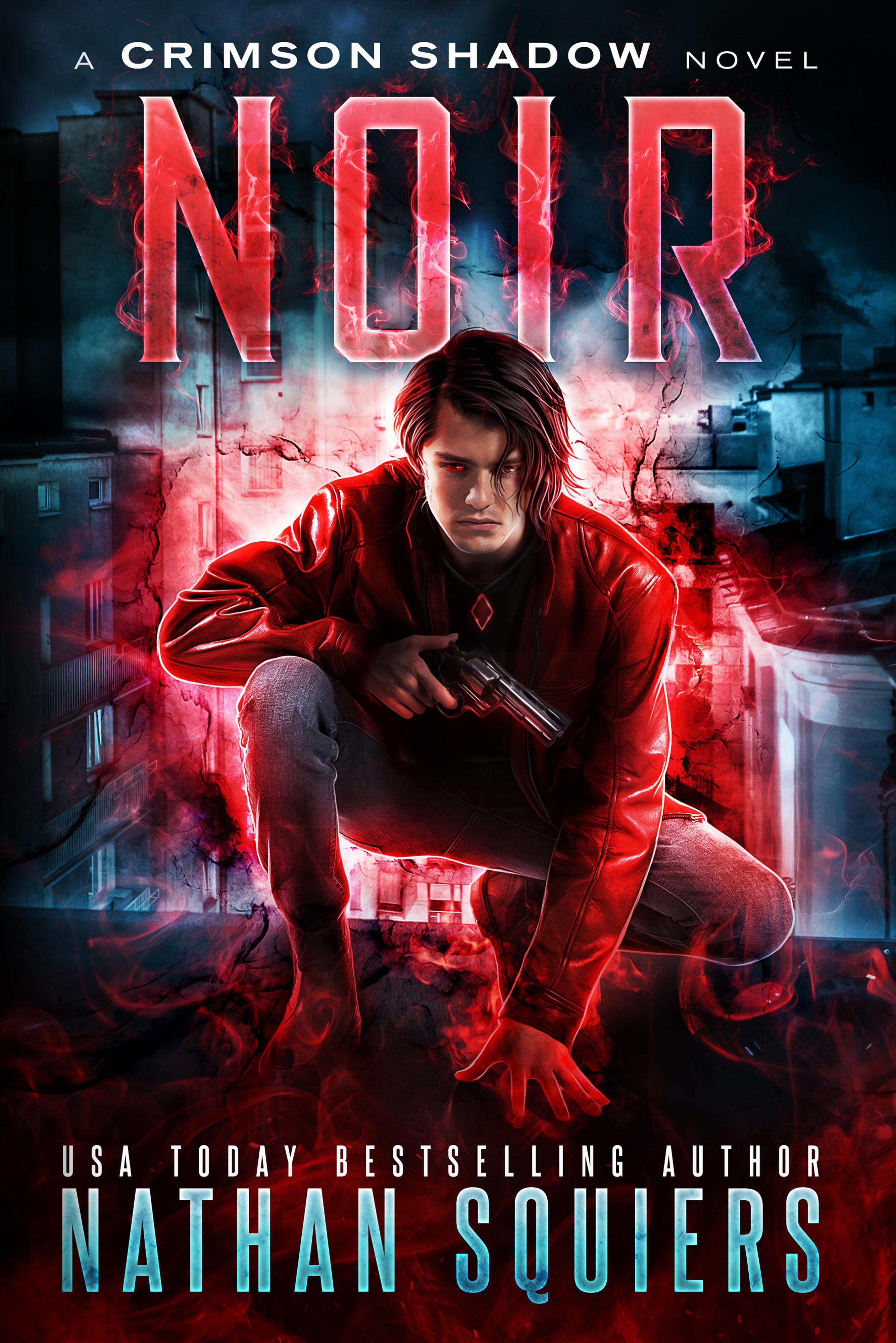 Depression is a monster in and of itself. It swallows up time. It leaves emptiness where there was once happiness. It robs people of their essence, their vitality, and even their lives. Anybody who has experienced the effects of depression, both those afflicted and those closest to them, knows just how awful it can be. Depression is so awful, in fact—so all-consuming and crippling to all those it impacts—that those who haven’t witnessed its impact will sometimes doubt or even outright disbelieve either the severity of it or, sometimes, the condition itself.

If that doesn’t describe a monster, nothing does.

If this is the case, then it is a monster that I’ve known my whole life.

Add to this a painful-yet-average childhood, one stained with divorced parents and school bullies and a less-than-decent stepparent, and you had all the ingredients for a self-destructive teen. I was angry. I was hostile. I was, from the outside looking in, doomed. I was, however, also a compulsive and insatiable reader, a comic book nerd, and I soaked up movies and television like a sponge. And, adding to this powder keg, I had an overactive imagination that, for the better part of my formative years, had me thoroughly convinced that vampires were hiding in my closet.

Looking back on it, I can’t say that I’m at all surprised at the outcome.

Then the day came that the less-than-decent stepparent—admittedly an outright abusive stepfather whom my mother and I were forced to flee from—did the only decent thing he’d ever done for us: he died. A brain aneurism, one that took hours to finally end his life. His daughter, my stepsister of four years, had been there; could have saved his life with a simple phone call. She later confessed that she wasn’t sure what was happening and was scared that he would “get mad” if she called an ambulance.

That irony was never lost on me.

Several states away by then, my mother received the news from one of her “left behind” friends, and, from there, the news was passed on to me. I was thirteen at the time. Thirteen, and, unbeknownst even to me at the time, I had already formulated some sort of “plan” to end my life. Prior to the news of my stepfather’s passing, some deep, furious part of me was committed to hunting him down and making him pay for hurting me and my mother. I knew that such a thing would land me in prison—“end my life”—but something in that finality appealed to me. This vendetta was only ever clear after the “mission” was muted by his death. At the time, it felt like another shot he’d taken at me, robbing me of this goal that my subconscious had cooked up. All I was left with then was that all-too-appealing finality of “end my life.”

The monster had me in its clutches. It had, in fact, been clutching me for quite some time by that point.

I sat on all that anger and hostility and a mountain of self-loathing for a few years. During that time, the fresh hell known as high school did what it does best: it made things worse. It could be argued that the isolation I felt during those years was self-inflicted—it certainly wouldn’t surprise me if that was the case—but it certainly felt at the time like the world had pushed me to a corner and left me alone with nothing but my books, my comics, and my movies. At that time, all those dark thoughts and raw allure of the macabre drew me into the realm of horror, a place that I’d been too frightened as a younger man to visit. And, therein, I guess it could be said I began to build a nest while I prepared for that ultimate finality. In that time, cozied up in that nest, I began writing my own horror stories. My stories, drawing upon my love of comics and action movies, were both terrifying and adventure-laden; they were scenes that played in my head and took me away from myself and away from anything and everything that plagued my life.

Then, finally having had enough of life, I sat down to write a suicide letter.

Unfortunately, I discovered that I felt comfortable writing anything—any genre and any theme—but I could not write about myself. I hated myself. “Myself,” I found, was a subject I was so confident would bore and disgust others that I couldn’t even stomach writing about it in my own suicide letter. But I was determined, and I was creative. I transformed myself, made myself deeper and more interesting, and I made my desire to die more dynamic. And I made the events leading up to that point more dramatic. I made the mess of life more cinematic. Then, feeling like I could finally go on, I began to write what would become the start of the rest of my life:

Another chance to finally die.”

Xander Stryker was born (so to speak), and I got to vent what I was certain would be a short story. A “creative suicide letter.” But a little voice in my head told me to keep going, and that little voice got its own modification—became another voice entirely, one telling Xander “don’t do it.”

That was how it began: a haunted teenager with a handgun and a traumatic past.

Xander was like me, but not. There were the obvious changes, of course, but the biggest difference—the key difference—was that I liked Xander. Liking Xander, I decided to keep writing about him; decided to explore his life, go deeper into his story, and start weaving in some of the supernatural elements that my previous stories had featured. That monster I’d known my entire life started to bleed across the pages, started to infuse its diabolic, life-stealing energy into Xander’s tale of misery and murder and magic. Onward and upward, I kept on writing, delaying my suicide for another day, another week, another month, and finally another year so that I could go further with Xander’s story. He evolved, grew, suffered new losses. He made his mistakes, earned new scars (always wearing them as a badass where I wore mine with shame). He was steamrolled by adaptations of the same sort of events that had steamrolled me, but where I had met mine with tears he met his with cries of fury. And then he began to learn, to grow stronger, and to find purpose.

And damn if I didn’t start to learn and grow right alongside him.

I’d set out to write a suicide letter that had become something dark-yet-creative. That project carried me forward, kept me alive and invested—saw me through some ups and some downs, but eventually carried me into the start of a relationship with my now-wife—and, as it did, self-destruction and finality gave way to passion and aspirations. This was what I wanted to do. The appeal of death was still there—I don’t believe that, for people like me, it ever truly goes away—but the greatest weapon one can wield against depression is a sense of purpose. Writing Xander, translating my all-too-real thoughts and experiences into the horrific and action-packed world, became my purpose. I was spurred by the thought, the dream, that maybe this new world and the self-loathing vampire occupying it might actually transport and entertain others the way I’d been transported and entertained.

That was my purpose!

Writing became my weapon against depression.

That weapon was so honed and sharpened, in fact, that after years of work—“blood, sweat, and tears”—I finally had the first novel featuring Xander Stryker completed. And where that goal once might have marked my end, my new weapon spurred me straight into Xander’s second book, then his third. Taking a hint from the lessons I’d learned during the first book, I began plugging bits of myself into each new novel, and, like before, I learned and grew alongside Xander. I tackled my anger, my loneliness, my self-doubts; I forced myself to address my concerns regarding love and friendship, of insanity, and the ongoing fear that I might not be good enough. Like me, like so many others, Xander Stryker—badass bloodsucker though he was—suffered all of these things, and we spearheaded those problems as together as a writer and his creation could.

The first novel—that “creative suicide letter” that grew into something else entirely—was first published in May of 2012. I called it ‘Noir,’ a dramatic and cinematic term; something that sounded gritty and dirty; something that called back to blackness. ‘Noir’ was something of a niche novel, I never thought it would be anything but, and, admittedly, it wasn’t for everyone. It was real in places that a lot of people would rather it wasn’t; it was a book about monsters that featured a particular monster that even the most seasoned horror enthusiasts sometimes have a hard time with. I understood. Sure, it was upsetting that some were upset by my work, but I couldn’t help but feel that at least they were upset for the right reasons. Depression, after all, is a very upsetting thing.

In July of 2012, however—just a few short months after the book’s release—I received a message from a reader who informed me that they’d been having a rough time in school. Like me, like so many others, they were depressed, and the hell of high school was making things worse. The new school year was nearly upon this poor reader, and the weight from their prior experiences had pushed them to make their own plan: they intended to take their own life before the start of the next semester. As they told it, however, they’d found and read my book, experienced Xander Stryker’s story and his own struggle with the seduction of self-destruction, and, upon finishing it, they made a decision. I was told that, because of ‘Noir,’ they had decided to throw away their razorblades—the tools of their self-harm—and check themselves into a clinic.

Xander Stryker had saved another life. I celebrate the success of both ‘Noir’ and the rest of the Crimson Shadow series with each passing year, but it’s hard to set the bar much higher than that.

I continue to write, of course. The completion of Xander Stryker’s story doesn’t mean that I’ve completed that long-since honed and sharpened weapon against my own depression. The depression, as it always will, rages on so I must rage on—must write on—as well. In the time since my first publication, I and my wife/writing partner, Megan J. Parker, have used our stories and the resulting careers as a sort of inspirational steppingstone to encourage others. Thanks to literary groups like Authors’ Lounge, who take an interest in not just books but also the stories behind books, I get to share the deeper tale behind ‘Noir’ and my overall writing career. I like to think—to hope—that sharing this will help to inspire others, be it to attack their own depression through writing (or any other artform) or simply to find a worthwhile escape into something entertaining.

You can find Crimson Shadow: Noir on Amazon at https://www.amazon.com/Noir-Crimson-Shadow-Nathan-Squiers-ebook/dp/B07JNGG941/