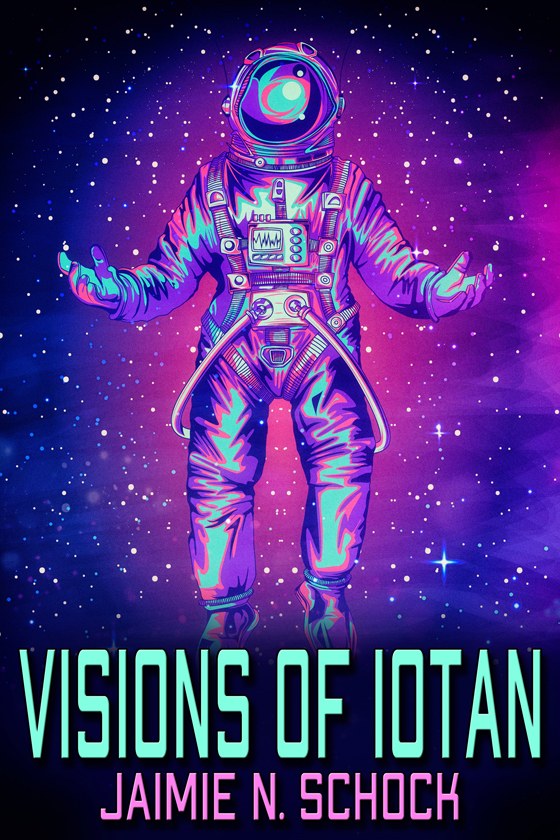 I would like to thank Author’s Lounge for the opportunity to discuss my latest novel.

My book Visions of Iotan is an LGBTQ+ sci-fi story about a gay nurse named Cillian whose daughter accidentally kills a baby bison-sized alien. When he goes to prison for the death, an adult alien named Angel offers him a chance to visit a planet in a different solar system. Angel tells Cillian that he can bring his family, so he agrees. Meanwhile, Cillian meets a priest named Father Whalen, who becomes enamored with him. When Cillian rejects the priest’s advances, Whalen refuses to give up and becomes the antagonist of the story. More difficulties await on Iotan, and soon Cillian realizes that he has gotten himself into a very troubling situation.

I was inspired to write this book due to a number of reasons. I wanted to try my hand at science fiction, and I wanted to write a stand-alone novel. I had previously written and published a seven-book urban fantasy series called The Talisman War, and while I had success with it, I wanted to do something different. I also wanted to include religious themes in this one, since the series had an atheist main character and no real references to religion. I’m not religious myself, but I thought it would be a challenge to include these themes in Visions of Iotan.

My target audience is LGBTQ+ people and those who would enjoy seeing gay characters and couples. The book would also appeal to people who like sci-fi stories, but if they don’t like LGBTQ+ themes, then they probably won’t like Visions of Iotan. People who want to see a talking capybara may like the book, as well.

I hope readers get several things from Visions of Iotan. I want them to appreciate the LGBTQ+ and other diverse characters in the book and feel like they themselves have been represented. I want readers to have fun with this book and enjoy the adventure. Moreover, I hope that readers get to think critically about the themes in the book, especially Cillian’s attempted return to Catholicism and how that relates to what occurs in Visions of Iotan.

I have many future plans for this book. It has been submitted for an award, and I really hope it receives one. It will be coming out in paperback soon, and I would like to have it turned into an audio book, as I know quite a few people who read that way. I am also considering writing another book in the same universe, but with new characters.

A little bit about me: I am an author, editor, and journalist with more than a decade and a half of professional experience. I have been published in newspapers and magazines, and I have eight novels out right now from JMS Books. I am married and living in Northern Virginia. Though I have an extensive career, I am disabled with PTSD and chronic illness. I try to incorporate my life experiences into the fictional pieces I write while delivering complex and likeable characters. My pronouns are she/her, and I am proudly a member of the LGBTQ+ community.

My first novel The Pyre Starter is an adult fantasy with a side of romance. It is the first book in the Talisman War Series, which has seven books in total. The novels follow multiple protagonists as they navigate a world torn apart by magic. My books have been compared to the works of Stephen King and Douglas Adams.

You can visit my website. Find me on Twitter at @Heroes_Get_Made. And check out my books on Amazon.