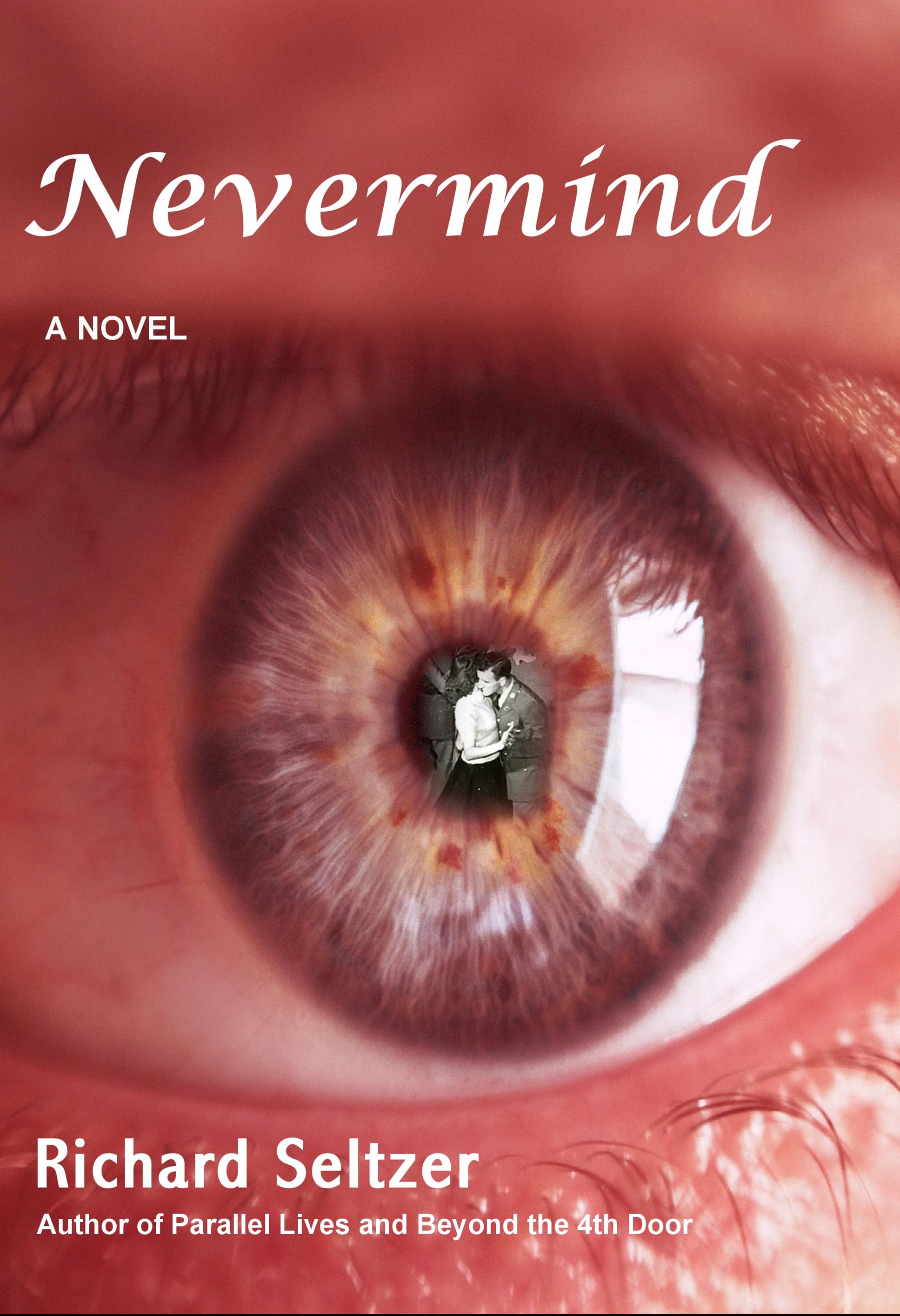 For the last three years, I have had the luxury of writing fiction full-time. Over that time I’ve written six novels, a book of essays, and a book of jokes. Five of those novels were bought by All Things That Matter Press, and they are now considering the sixth, which I finished last week. (By the way, I’m now 74, living alone in a one-bedroom apartment in Milford, CT, with 3000 books — a lifestyle well-suited to the pandemic).

So far All Things has published Parallel Lives, Beyond the 4th Door, and Nevermind, as both ebooks and paperbacks, available from Amazon. Breeze and To Gether Tales are in the pipeline. And the one I just finished is Shakespeare’s Twin Sister. All of those novels overlap and echo in interesting ways. That’s not by intent, but rather all growing from my life experiences and exploring themes that matter to me.

Nevermind was published two days ago. It starts with a WWII romance, inspired by my parents, who met at the Stage Door Canteen in Philadelphia and married on the day before D-Day. Then the story veers off one alternate reality after another after another.

The lives of the main characters, Ruth and Mark. are transformed by nevermind magic that Ruth learned from her mother—magic that can undo what has been done and alter the shape of reality. They fall in love and marry in their early 20s during WWII. They split up, then meet forty years later and fall in love again. When they first meet, their on-again-off-again romance and the challenges of wartime America force them to grow up quickly. Their marriage falls apart when they lose their four-month-old son, Davey, during a transcontinental train trip. They blame one another and divorce. Then, separately, each of them invokes nevermind, finds Davey, and raises him. When they meet and fall in love for the second time, they realize they’ve been living in parallel worlds and need to bring those worlds together into a new reality.

The loss of the infant was inspired by my parents’ loss of me at four months, on a train in Chicago. My parents left me with a porter while they went to get food at the station, and when they came back, the train was gone. The train had been shunted to another track. For about an hour they were desperate and panic-stricken. In real life, they found the train before it left the station, they stayed together and were married for fifty-five years, till death did them part.

My father was three years younger than my mother, and he (unbeknownst to my mother) set the wedding date for his 21st birthday, so he wouldn’t have to get permission from his parents.

Here’s an anecdote from my Dad’s life that didn’t end up in the book, which is a work of fiction, not a memoir:

Dad had been a bugle boy in a company that was scheduled to ship out to Europe. The day before he was supposed to leave, he got orders for Officer Candidate School, and was sent to Philadelphia for courses in German at the U. of Penn. That’s how he wound up meeting my mother. His old company wound up in the Battle of the Bulge, where they were all captured. As my Dad later heard the story, the train that was taking them to prison camp was bombed by the Allies. There was only one casualty, the bugle boy was killed. His whole life, Dad had a sense of responsibility, that he had been spared and this other man had died in his place. He told the tale often, and I was reminded of the final scene is Saving Private Ryan, the sense of a life shaped by such a debt. Dad wrote a biography, for the family, not for general publication. I posted it on my website, and about a year before he died, Dad got an email from someone in his old company who had chanced upon it by Internet search. It turned out that the story he had heard was wrong. The bugle boy who replaced him survived and lived a long and successful life. In this case, the “truth” didn’t matter. The fiction that he had believed was far more important than the fact, having helped shape his life, giving him a sense of purpose and destiny.

My other published works include: The Name of Hero (historical novel, Houghton-Mifflin), Ethiopia Through Russian Eyes (translation from Russian, Red Sea Press), The Lizard of Oz (satiric fantasy), and pioneering books about Internet business.  My web site is seltzerbooks.com My Twitter account is @seltzerbooks. I’m also on goodreads.