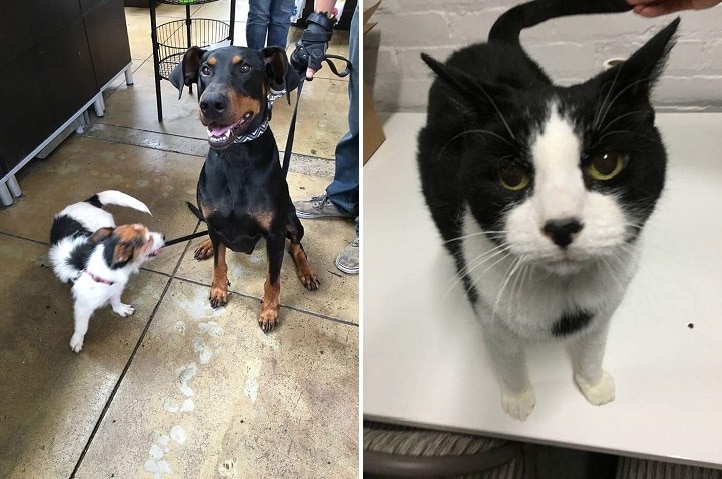 In 2107 my pets were sent to the U.S. from the U.K.. My pets are as follows; a female Jack Russel named Betsy, a male doberman named Buster, and a male black & white house cat named Gizmo.

As I was on my way over to be with my wife in the U.S., my pets were sent to K9 Loft on Arroyo Park Way Pasadena California, where they were to be housed temporarily till I arrived to the U.S.

In between leaving the U.K. and flying to the U.S. the wife called to inform me that the pets were being adopted out for no reason at all.

I was shocked as couldn’t do anything until I arrived in the U.S.. My wife and I looked into in some more before contacting K9 Loft. My pets were microhiped, some one from K9 Loft gave the pets to Pasadena Humane Society pretending to be the owner of the pets, because the humane society believed they were the owners they took the pets in did not check the microchip, re-chipped them and adopted them out.

I contacted a lawyer about K9 Lofts. The lawyer informed me that this same boarding company did the same thing to another family who put their Husky in boarding at K9 Loft.

This company is known for separating families from their beloved pets.

The Better Business Bureau gave them a bad report. Former employees have given this company bad review.

We have decided to make posters of our missing pets in the hopes something will come up, but still no luck, but haven’t given up and staying positive. We started putting their pictures up on Facebook and Instagram. We have been doing this every day hoping someone has information leading to their safe return.

We will never give up on looking for them as we miss them, and would love their safe return home.

Who ever has them are in possession of stollen property.