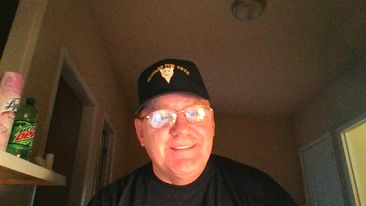 I wanted to let my readers know that my book “Teatime” will be available as an e-book later this week on amazon and other outlets. It will be available in the next couple of weeks as a soft cover and a hard back at Barnes & Noble and other fine retailers. The cost of the paperback is $9.95 and the hard back is $24.99. If you buy a hard back it is destined to become a collector’s item since I am a relatively unknown writer trying to make a name for himself. Therefore, if you buy a hard back and are willing to reimburse me for the shipping, you can have it sent to me first and I will autograph and date it for you. I will also number the autograph in chronological order. The earlier the number, the more valuable the copy will be. Copies of the hardback of the book I wrote in 2010 are very valuable. I expect hard backs of Teatime will be as well. It is for this reason that I bought a new book shelf last week. Reader’s Magnet is sending me six complimentary copies of the paperback of Teatime along with a complimentary copy of the hard back. I am also purchasing an additional six copies of the paper back and one additional copy of the hard back for family heirlooms. So I purchased a bookshelf by mail order.

Of course, the book shelf came “some assembly required”, which was the polite way of saying the holes were all drilled and everything was prepared, but I had to put it all together. I have the dexterity of a sledge hammer and had no idea what I was doing so i sought help. A friend tried to help, but he was a former mechanic and had no clue how to put it together either. As we struggled with it, an old biker came by my room. He was my new neighbor. I asked him if he had any idea how to assemble it. He said he had assembled furniture all of his life and was sure he could do it. I asked him how much he would charge to put it together? He looked at me and said “Nothing. I’ll do it because you’re a brother and brothers help each other.”

Over the next couple of hours I not only got my book shelf assembled, but I got to know the biker on a deeper, more intimate level. We shared our lives, our experiences, our heartaches, and our victories. By the time we were done, I had a friend. Bikers and I have little in common and this man would not have been my first selection for a friend. After getting to know him though, I realize he and I have a lot more in common than I realized. Along with his love for Harleys, he also has deep faith and a love for Jesus Christ. He has had many of the same experiences I have had and for a while listening to his story I could have declared he was telling my own! By the end of the day I not only had a very nice book shelf to store my copies of Teatime and my many text books on, but I also had another very good friend. God put us here to socialize and help each other. The day we lose sight of that is the day we lose our humanity. May we always be human!