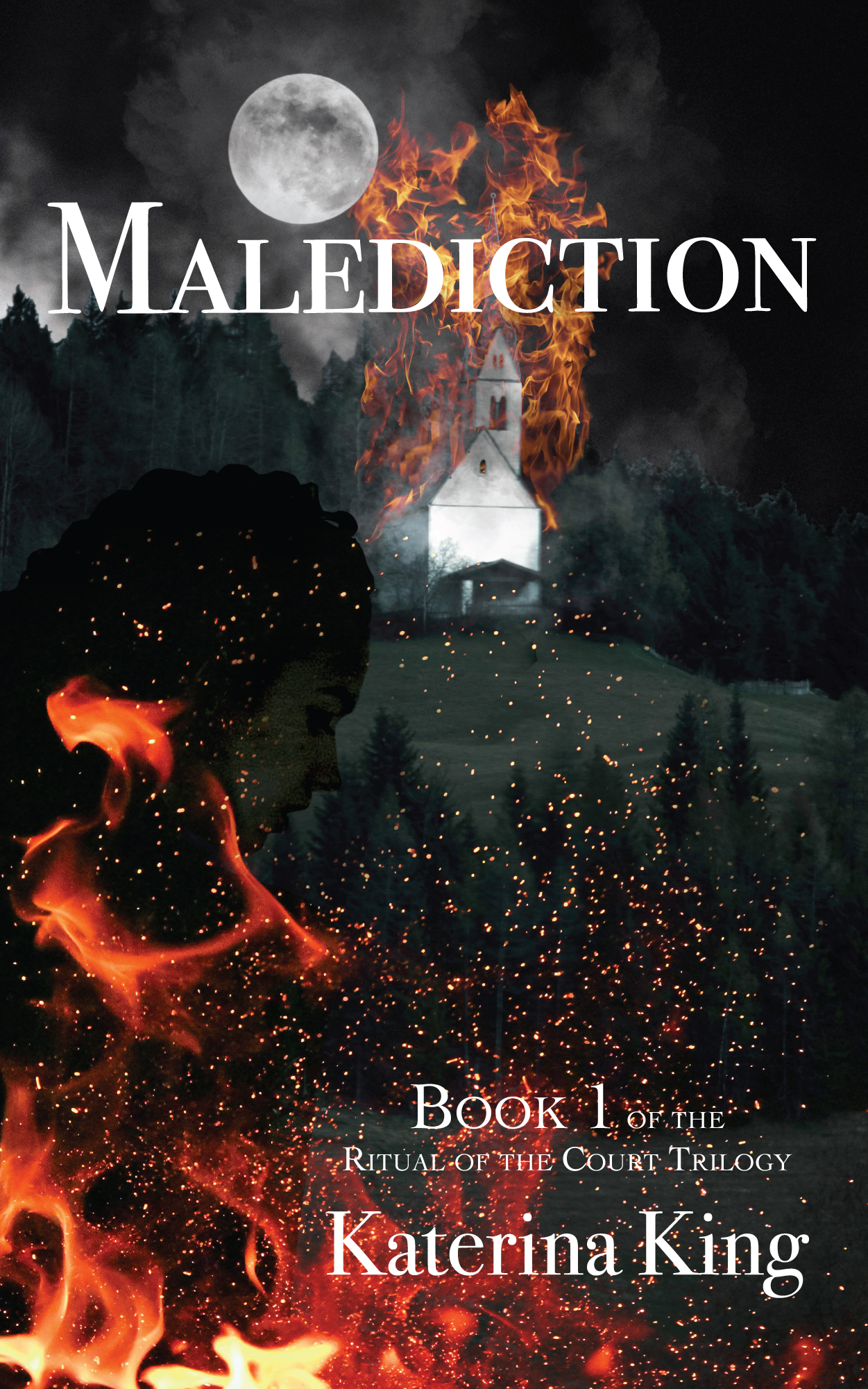 My name is Katerina King, I’m nearly 24 years old, and I’ve been writing stories since 3rd grade. I heard about this opportunity to submit an article for the Authors Lounge on Twitter and I knew I had to take a chance and submit it. According to my mother, I’ve always been a little storyteller, in a not liar type of way. I generally write fantasy in the modern world.  I’ve always been obsessed with them and I remember my first longer story was about twin witches who were at a magic school and sister was evil and she was always my favorite. Something about darker arts has drawn me and held me there and to this day it’s reflective in my work, especially Malediction’s series Ritual of the Court.

I made the decision to publish under the penname Katerina almost ten years ago and the name has become a big part of who I am as a person, it allowed me a freedom that I didn’t feel I had with my birth name. I love every second of the person I’ve become because I accepted this part of myself.

About me, I’m a Sagittarius who rather write about magical and life-changing adventures than experience any myself. I’ve carefully crafted a massive world in a place where all my novels, published under this name and my secondary one, can interconnect and weave into each other as one. I have some doubts about my choices given it could be confusing if people are unfamiliar with it in general as an author but it’s how it works best for me with so many projects waiting in the wing.

Malediction is just the first accomplishment I’ve completed in regard to my literary career. Although what is published now is drastically different than my original inspirations for the book. The first planning stages, which I recently found the notes for, had Malediction as friends to lovers, slow-burn romance between a witch and a vampire and I’m sure that the idea came from watching TVD when it first started airing on tv.

But I’m not disappointed in how far it’s come, through revisions and character development sessions, I truly think it’s the best it could be and it’s definitely lived up to the affectionate pet name I gave it when I became serious about it. That name was the “petty project” and the reason I called it that was because I grew up in not the most supportive environment and I was often told that I would accomplish nothing.

Malediction is truly a tale of magic, twists, and mystery as eighteen-year-old Scarlette is quite literally kidnapped by her uncle from her mother after a series of events left them alone, in a brand new home and with tons of questions following her dad’s imprisonment and her brother’s disappearing act. Even though her mother was an addict barely coping with her addiction Scarlette was not abused in the slightest until she was taken to her mother’s hometown. She was forced to come to terms with her new surroundings and figure out who was her friend and who was her foe. But all was not lost as being there gave her an opportunity to reconnect with a childhood friend of her brothers and she slowly starts to unravel family secrets that she could barely make sense of but with the help of some unlikely friends she persisted. But some things are better left in the dark as Scarlette had to fight for survival in a new world where everything is trying to kill her, the secrets only making it worse.

When I first seriously thought about publishing Malediction, I was told to think about the audience but truth be told I never did, I wanted it to be relatable to not just my target range but to everyone in between. Although labeled as YA, I’d say those as young as middle school and up could read it and find something they like about it. Even if it’s just Scarlette’s best friend sass. Although, there are some more intense topics such as abuse, addiction, and religious differences that can seem inappropriate to some readers.

I do however think the overall themes of the book do overshadow the heavier topics and shouldn’t be a reason to not read Malediction. It’s a book of love and loss and hate and learning to grow. Scarlette has to learn that you’re stronger than the words thrown at you, no matter how hate-filled they are. She also learns that your family’s mistakes are not your own, you share a surname not a body and you shouldn’t be punished for them. Another important theme that I believe is learned more by Scarlette’s best friend Elijah, is staying true to who you are even if it makes other people feel uncomfortable. A year prior to the start of Malediction, Elijah came out of the closet to his family and subsequently his town, he was not treated kindly by either or and he changed everything about himself as retaliation. Scarlette teaches him acceptance and shows him the love and support he should’ve gotten originally and in the process teaches his family how to do the same. The last very important theme that I feel should be highlighted is to never fold on your beliefs. There’s always going to be pressure from others but to be stronger, and smarter than them is what helps you become the best you, and I think Scarlette and Elijah both learn this by leaning on each other.

This is probably another thing that kind of makes me strange, I really don’t have any goals for Malediction besides selling at least fifty copies before book two drops next year and maybe getting a couple of reviews for it. But honestly, Mal is really more of my personal steppingstone to my own vision of success and I couldn’t be prouder of it. I’m not trying to sell the most books or be the greatest, I just hope that maybe someone will pick up my book and relate to it, or find enjoyment from it and it could be someone else’s sense of comfort.

This link has all the information and links to my various social media accounts including Amazon and Barnes and Noble where you can purchase Malediction. https://linktr.ee/KingKaterina