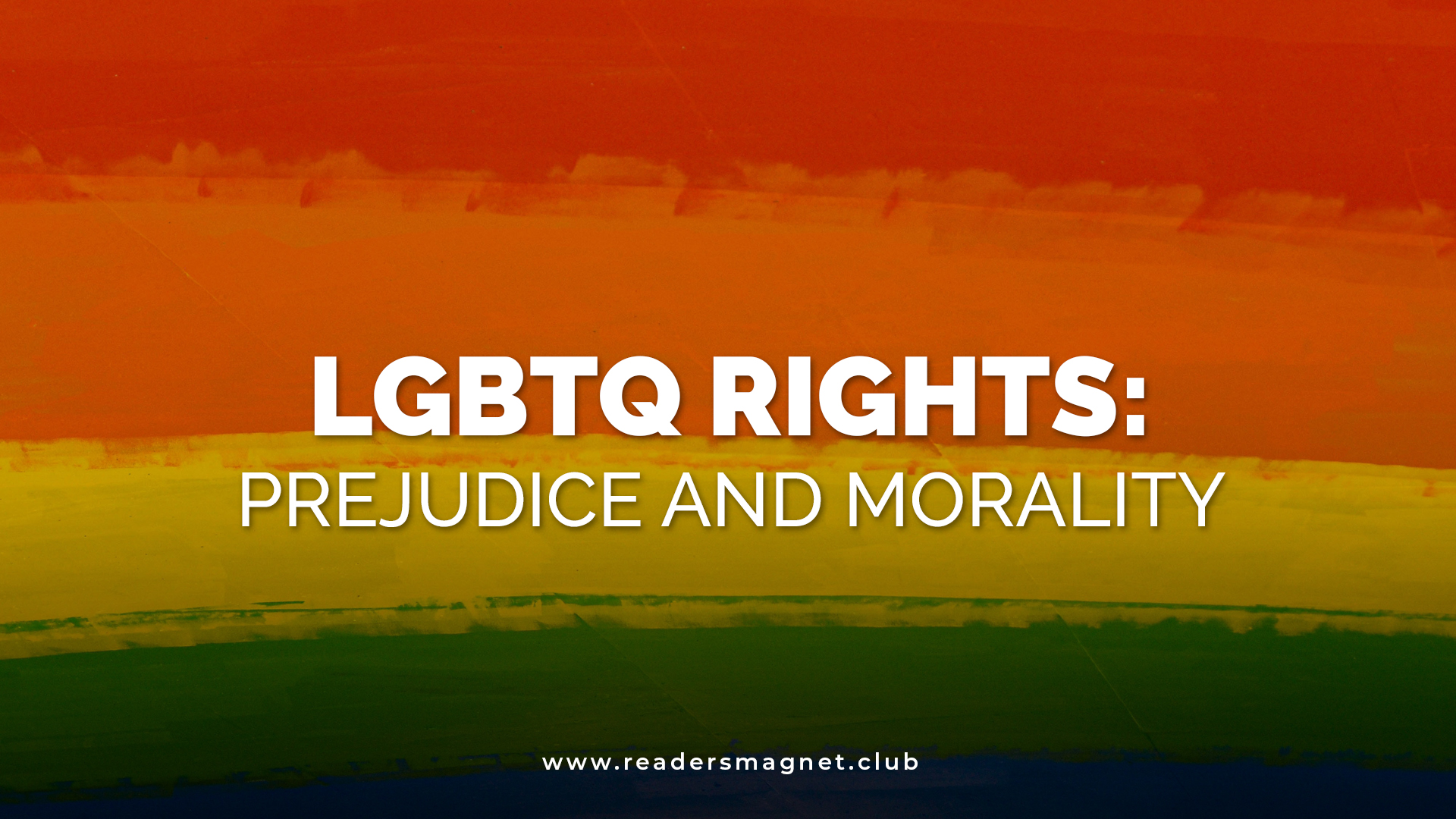 The Rights of the LGBTQ are often in conflict with the morality that religious institutions want to uphold.

Even before the rise of the LGBTQ movement (lesbian, gay, bisexual, transgender, and queer or questioning), gay people throughout time have always been in conflict with some sectors of society. Throughout time, there have been persecutions, prejudice, and hatred towards people who have different sexual orientations or preferences. On the other hand, certain gay practices and culture have always isolated their community, especially from societies with strong moral fibers and religious influences. Needless to say, the gay community and the morality of the church often clash, and there seems to be no sign of it fading anytime soon.

The LGBTQ movement traced its roots to the various campaigns against prejudice. Today, the LGBTQ is considered a social movement that advocates gay people in society. Over the past few years, the movement has gained significant victories and recognition in modern societies. Some of the milestones earned by the LGBTQ community are same-sex marriage, equality in workplaces, equal opportunities in many careers and industries, and positions in public offices, to name a few. There are many aspects of the LGBTQ struggles, some internal and some cover a wider scope of social issues. According to Mary Bernstein, a sociology professor at the University of Connecticut,

“For the lesbian and gay movement, then, cultural goals include (but are not limited to) challenging dominant constructions of masculinity and femininity, homophobia, and the primacy of the gendered heterosexual nuclear family (heteronormativity). Political goals include changing laws and policies to gain new rights, benefits, and protections from harm.”

While the LGBTQ movement has certainly contributed to many aspects of our society, especially in the mass media, entertainment, literature and the arts, civil liberties, and nation-building, the culture of the rainbow community still faces opposition and criticism from many individuals and societies. Many of these controversies often involved sexuality, practices, and the morality that many in the LGBTQ uphold and banner. Decadent culture is also often attached to the members of the community- drugs, promiscuity, fornication, and indecency.

LGBTQ and the clash with Morality

One glaring aspect of the LGBTQs clash against morality is fornication. It is one of the controversies where they find themselves standing face to face with the church and religious institutions. In Marilyn Taplin’s book a Law From Eden: Solving the Mysteries of Original Sin, the author places fornication as the true original sin. According to Taplin,

“It is a sin for a man and his wife, sin for a male and a female who are not married to each other, sin for two women, and sin for two men. It was, always has been, and still is sin; the basic, root misconduct that is the source of all earth’s problems. All the wrongs of the past, all the social ills, and sorrows we are experiencing on earth today and will continue to experience until sin ends, are a result of the first sin. A man and his wife who commit this first act of rebellion against God cannot say they do not stand in the foolish and spiritually dead cities of Sodom and Gomorrah along with the bisexual and the homosexual.”

Of course, we know for a fact that in contemporary LGBTQ Communities, the sexual act among partners who are not married as well as between couples of the same sex is very rampant. This alone puts the LGBTQ communities in a perpetual clash against the church and the morality that it upholds.

In Taplin’s book, she concludes that unless this sin comes to an end and all those who practiced it will repent, original sin will continue to break the society’s moral fibers. Unless we seek God’s forgiveness, the heaven on earth that God promised will never come.

Today, the struggle between advocates of the LGBTQ movement and the pious sectors of society continues. We can only hope that in the future, we can find common ground, where we build a society free of prejudices but also a moral one that upholds values that promote the physical, mental, emotional, and above all, spiritual welfare of members of the LGBTQ and all members of society.