Joe Paul Vanhaverbeke, More On Vance and the Vances 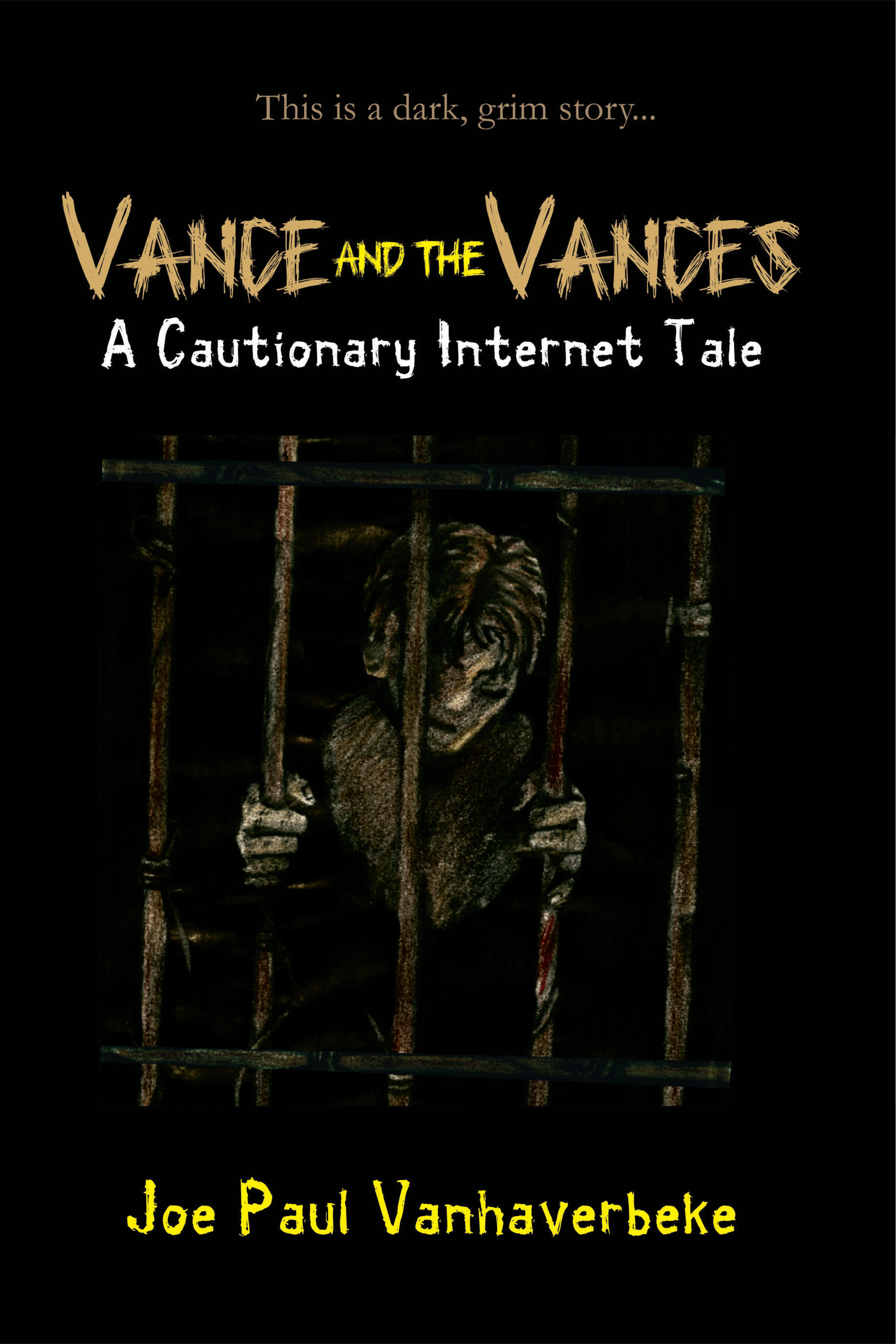 Young Vance has something he assumed everyone else had. The power to heal quickly from a cut or scrape. An event almost gets him into trouble and he comes to realize that isn’t the case so never tells anyone, even his parents. The power to heal is not a new story idea; the old Heroes’ cheerleader is a prime example. It’s a power that hasn’t been properly explored up until now by way of stating the obvious in storylines and allowing their character only one dimension.

Vance takes healing to a new level. Capable of growing new limbs and other various extremities. His powers pushed when a dark website takes an interest in him. Vance is a renewable victim source and they lock him into a long-term contract; sold by his meth-addled parents for paychecks too large to ignore. His popularity on the website creates the need to push his body’s limits.

The will to live is strong in all of us. We can suffer long and hard without giving up and overcome illnesses, injuries, and pain, but how many times? Vance has no choice. His body rejuvenates itself even under the most devastating circumstance. As with most things, it starts out small.

This isn’t for the faint of heart. Chapter 1, snuff&grind.com, involves many brutal acts. And though there are blood, gore, and veins between the teeth things done to Vance, rest assured there are no gruesome details. Those are in chapter 3½, Déjà Vu, but are more clinical than grisly. Don’t you feel better now?

In a sense, this is a horror story, but one of survival. How much we hold on to life no matter the conditions. The things we can endure and still maintain the will to live. The lengths we will go to stay alive, even if it’s a life not worth living. Hanging on and hoping there is justification in the end.

Sometimes things turn out for a reason. But it must fit seamlessly into the story. Some endings are meant to jolt the senses. Some just need to settle into them. You tell me.

A novel is like a movie or a song. When first experiencing them, you must be in the mood, or at least neutral. Your thoughts can’t be on your recent breakup, the problems you are having at work, or how global warming is going to screw up your kids. There are certain ways to do things. Martinis are to be shaken, not stirred. Put the horse before the cart. Lefty loosey, righty tighty. Lead with your left. In order to get its full benefit, your reality must be left on the wayside.

Tabling reality is something we do all the time: I’m still young enough to do this. I’m old enough to do this. One more drink won’t hurt. My vote doesn’t matter. I’m going to see if I can get lucky with that beautiful woman. Asking for a small when large is all you can fit in.

It’s like when you’re opening a gift at Christmas and really, really are hoping for something neat so that you allow yourself to get all caught up in the anticipation. You are pushing the thought that it was probably a six-pack of underwear or a sweater with some puke Christmas scene woven into it so far into the back of your mind that Sherlock Holmes and Sigmund Freud couldn’t find it, but maintaining a thread so as not to break out crying in front of everyone when the lump of coal falls from your weakened grip and rolls to a stop on the floor before you shimmering through your tears, camera flashes go off in a staccato-strobe-surreal nightmare and you see the object that, like some black hole, just sucked the life out of your Christmas.

Consider yourself a vessel waiting to be filled. An empty container you are willing to give me the chance to imbue along with a trust I take to heart. My promise to you is, it won’t be ill placed.

This is a link to Kindle to view the book. amazon.com/dp/B073PS7KC2

This is my link to my Amazon author page. amazon.com/author/joepaulvanhaverbeke