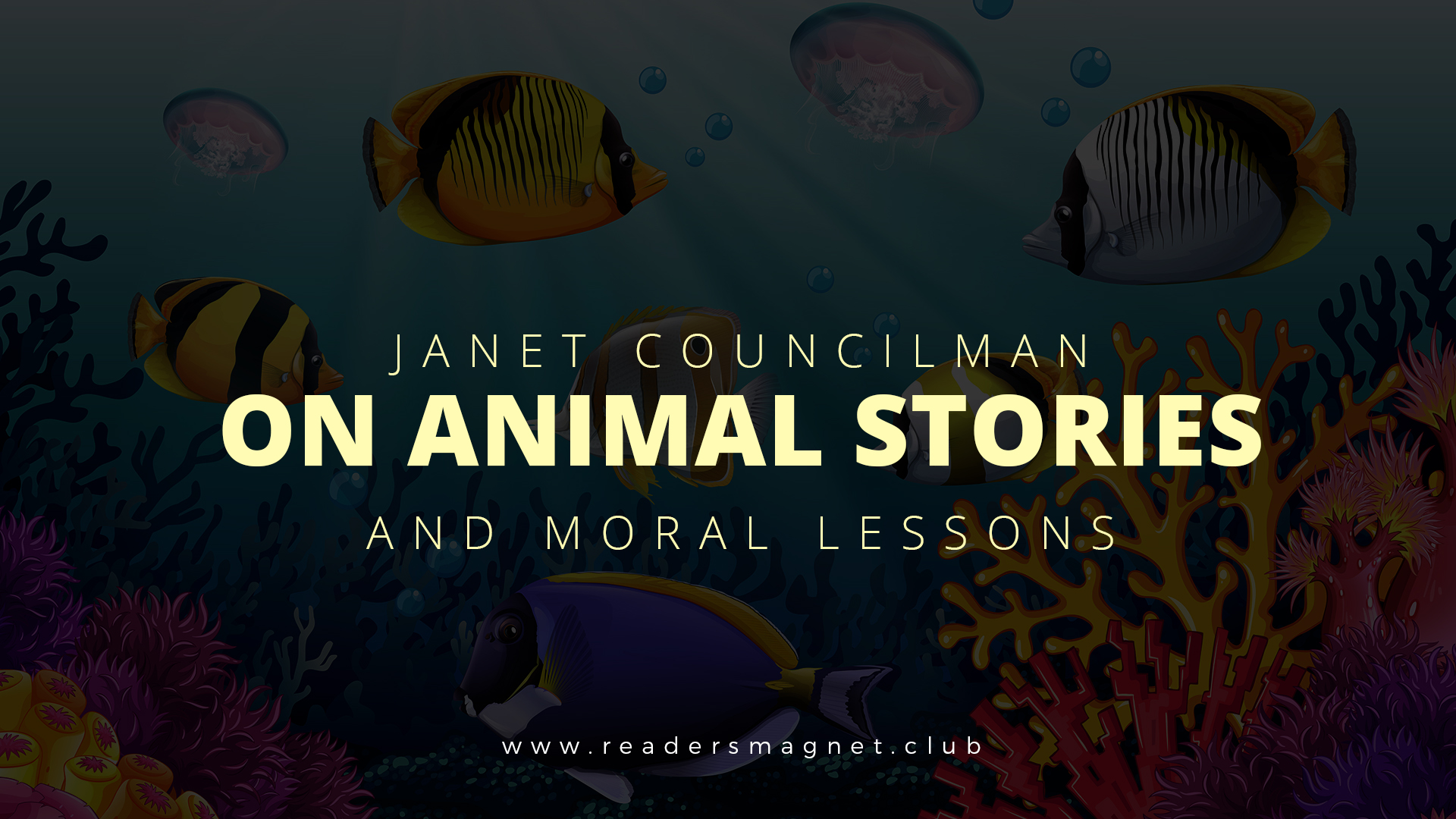 Janet Councilman is known for her modern fables with timeless moral lessons.

Writing modern fables is quite challenging. For one, you have to create something that has never been done before. The genre of children’s books, particularly fables, has produced a great number of stories. From Aesop’s popular fables to books written by Hans Christian Andersen and the modern animal stories by George Orwell, have all taken root in the hearts and minds of young readers. Another challenge is how to present old lessons differently. That includes creating new characters, plot, and conflicts. For author Janet Councilman, the trick lies in creating stories with new characters but carry the same dignity and moral values. Janet Councilman is the author of several children’s books, all of them with animal characters.

One of Janet Councilman’s books is the heart-warming tale of a shark named Sammy. In Sammy the Shark and the Return of the Lost Gift, Councilman recreates the familiar underwater world but instead of portraying sharks as ferocious animals, she opted to present them as adventurous and outgoing creatures whose values include honestly, thoughtfulness, and friendliness. By doing so, Councilman presents to us a fresh view not only of the sharks but also the environment in which they live in. Sammy the Shark reminds us that virtues never grow old.

In her book series, Rocky Raccoon, Janet Councilman again chooses an unlikely character to portray the value of leadership and caring for others. When thinking about animal stories about leadership we think about strong characters like the lion, the tiger, or any other animal that exudes strength, wisdom, and dominance. In her book, a raccoon serves as the voice of wisdom and unity for a group of animals living in a small forest. Both Rocky the Respectful Raccoon and His Red Sunglasses and Rocky Raccoon and His Caring Classmates present a different perspective about how to lead others and remind us that reason and unity will always be above individualism. It is a brilliant way of teaching kids that anyone can become a leader as long as he or she will always consider the welfare and good of the majority.

Another interesting work by Janet Councilman is the book Petie the Penguin and the Electric Igloo. The book follows the story of an adventurous penguin who wants to learn new things. Petie is curious and always wanting to discover new things. One day, he goes on an adventure without his parents’ permission. His trip leads him to a little village. Tired from his journey, he stumbles upon an igloo. Propelled by his curiousness, he knocks on the door. In this book, Councilman portrays penguins as inquisitive individuals and the beauty of having an adventurous mind. Of course, there have been many children’s books about adventures and new landscapes, but seldom do we hear of penguins making solo adventures. Petie the Penguin is a fresh character with fresh adventures.

Keeping Up with Modern Stories

Overall, Janet Councilman offers us brand new tales that display modern narrative yet do keep the old virtues and values that are the trademark of fables. Though they might not have the same format as Aesop’s or Andersens, Councilman’s storybooks certainly provide entertainment as well as lessons that are relevant even today. The task of modern writers is to tell new stories but present the same universal truth. Virtues and moral values such as honesty, bravery, leadership, thoughtfulness, and kindness are lessons that must be told over and over again. And it is without a doubt that Janet Councilman and her books have done a remarkable job in keeping up with the task.

To learn more about Janet Councilman and her works, grab copies of her books, or visit her website today!