Inside By Bill Carey 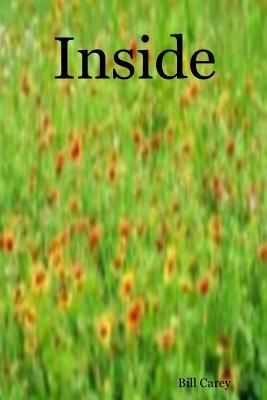 I am grateful to Authors’ Lounge for this opportunity to share my book “Inside.” Inside is fantasy fiction, but the fantasy isn’t confined to the actual story. There are mysteries connected with the origin of the story. So before telling it, let me share how it came about.

In 1983, I had a most unusual dream. This dream was so intense and detailed that it stayed with me, word for word, for years. When I woke, I was confused: Where was I? As far as I knew, for the past ten years, I had been living in a small town called Inside. I knew all the people very well, and even the history of their people going back centuries. Over that decade, I had grown very close to these people, and even married one of them. Waking up, I felt lost. And all those people I knew so well, and loved so much… where were they?

I realized it had been a dream… but what a dream! I actually had to grieve the loss of those people who had been so real to me! I didn’t want them to die, so I began writing the story.  Before computers, and lacking a typewriter, I had to write it by hand. It took a long time, but I never forgot a single detail.

There is, however, an even bigger mystery connected to this story. One of the “scenes,” if you will, in the story was a vision, a scene that had taken place centuries earlier. There had been a woman, sitting at a loom, weaving, and singing as she wove, with the shuttle keeping time. Although an amateur linguist, and having studied many languages, I had never heard these words. I never forgot the tune, and remembered the words to the best of my ability, writing them out phonetically.

Fast-forward to 1991: By this time, I had written down the entire story, and even drawn maps of Inside. The Irish singer Enya had just released a new album entitled Shepherd Moons, and I immediately bought it, as I love her music. I began to play it, and sat back to enjoy. A particular song began, and I became very agitated: It was the song the woman at the loom had been singing! Not all of it, just the chorus. It was exactly what I had heard in my dream, and I was practically in tears.

The lyrics had been written by Nicky Ryan, and he and Enya put the song together. The verses are in Irish, but not the chorus. When asked about the chorus, if I recall correctly, Ryan said they were just syllables he had heard in his head! Spooky!

So what is Inside all about? The story begins in Brooklyn, NY. The protagonist, Michael London, is having a very fitful night sleep, replete with confusing nightmares. His partner, Jeremy, is in the hospital, dying.

After Jeremy’s death, Michael’s world falls apart quickly. He is losing the house to Jeremy’s sister, and coupled with the shock and pain of Jeremy’s death, it is making it impossible for him to focus on anything, and as a result, he loses his job. Left with nothing, he does something that, to him, makes no sense whatsoever: Confused and scared, he boards a bus for Tennessee, heading for his boyhood home of Coalmont. It made no sense, because his parents were dead, and he had no friends or family there.

Arriving, the next few hours were a blur of confusion that eventually found him lost on a long-deserted dirt road, in the dark of night, drenched by a raging thunderstorm. He is certain he is about to die, or may already have done so. What happens next brings him to the little town of Inside, and the beginning of a new life with new friends and a new love.

Inside is an enigma to Michael. The people wear Victorian attire, and all have red hair. The homes, too, look like the late 19th century, but the technology seems modern. Michael is brought before the Seers, three mysterious men, who tell him they caused him to come there, and that his destiny is Inside, although they decline to tell him why. As time goes by, Michael comes to understand more and more about Inside, and what makes Insiders different, but is still unsure why he, the first Outsider ever to know of the existence of Inside, is there.

From speeding vehicles without wheels, to people who can reduce their weight and glide on the ground, from the wealthy west side of the village to the poorer east side, from meeting a little man, at first mistaken for a child, who will change his life forever, Michael evolves from a lost, frightened, grieving figure to a confident entrepreneur who learns to fit into a world so different from what he had known Outside.

An interesting story, with humor, tragedy, terror, elation and satisfying resolution, Inside is an adventure, one you won’t forget.

To introduce myself to Authors’ Lounge, my name is Bill Carey. My love of writing was sparked by my 6th grade English teacher. I hadn’t realized it was uncommon for kids our age to study Chaucer and William Blake, but that’s what he taught us.

It’s interesting that, although I had been writing since the early 1970s, I published almost nothing until the age of 45, when I was diagnosed with younger-onset Alzheimer’s disease. Having to leave my job, I now had lots of time on my hands. With scads of writings, including the manuscript for Inside, I decided to publish.

In addition to Inside, I have one children’s book, one poetry book, one semi-autobiographical short story, and several books on theological topics. My biggest seller internationally is “Gay and Christian? Yes!”

Thank you again, Authors’ Lounge, for this opportunity to share a bit about myself and my work!