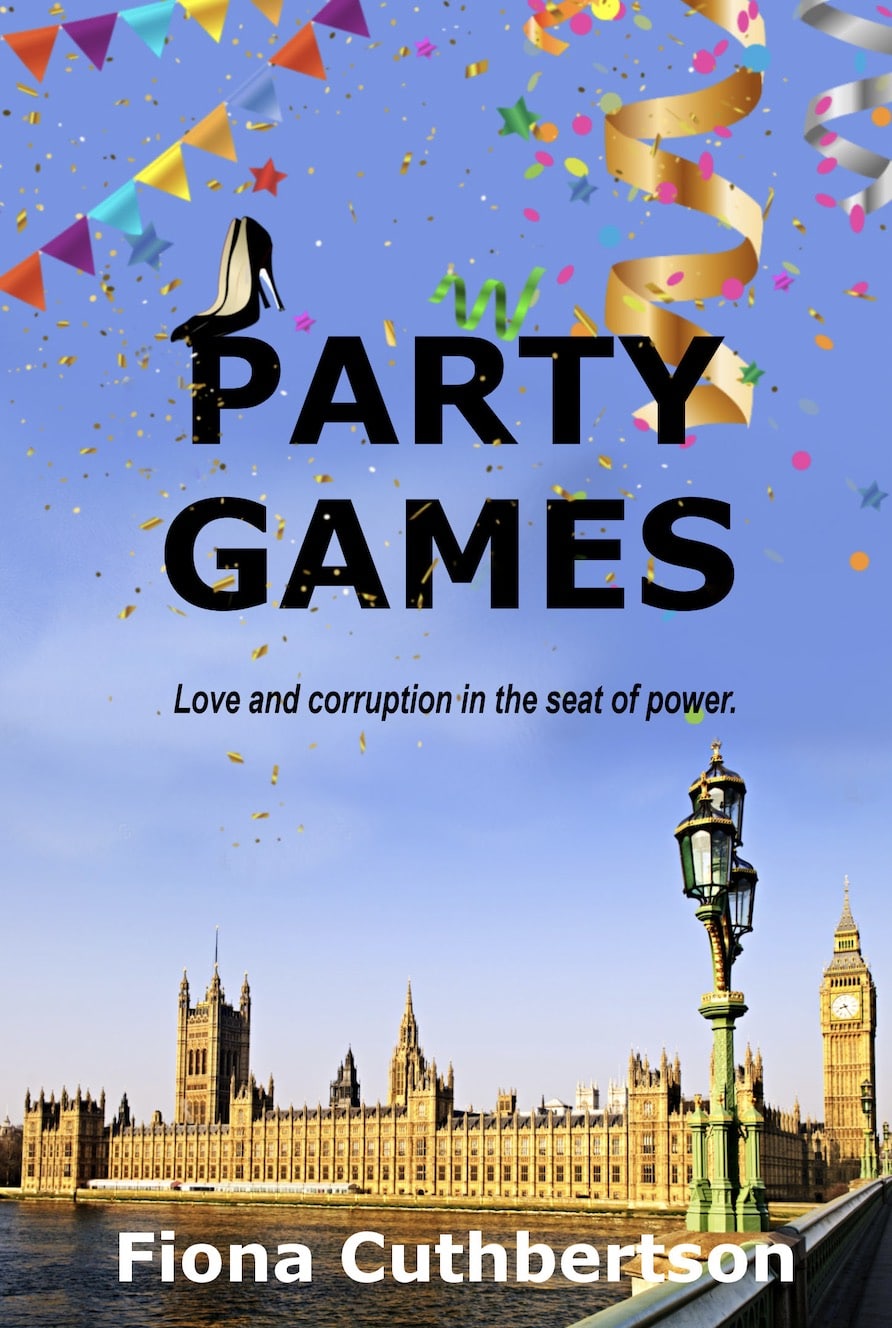 A political thriller, dealing with the dark arts of the political world, this book shows how it can easily become a hotbed of passion, intrigue and self-promotion.

Party Games is a political thriller, dealing with the dark arts of the political world from a female perspective.

Due to the seismic changes in the political industry, there is a lot of interest around how the political world works and whether or not those within politics are involved for the right reasons or if they have ulterior motives.

The book shows that passion and power games can be used to further political ends and that the political world can easily become a hotbed of passion, stratagems, and self-promotion.

We meet Josephine, the main character as she has just managed to get her dream job in politics as part of the Parliamentary Counsel – an important body that helps shape our legislation in the UK.  A few early successes mean she meets Charlie, the enigmatic Leader of the House, who is key in implementing the governments agenda.  They become closer, working on some key government projects, but her due diligence and wish to do her job properly exposes some potential skulduggery within the political hierarchy.  The question is, is she right and if she is, will those in the wrong be accountable to the same rules or is pollical corruption inevitable?

When I had Non-Hodgkin’s Lymphoma, I began to write as a distraction.  Taking a course gave my thoughts some structure and I just carried on writing afterwards!

It is important to write about what you know and having spent the last 20 years of my life involved in politics, writing about politics seemed like a good place to start.

It is worth noting that this is a fictional novel though!

Party Games is a cross between House of Cards and Jilly Cooper so hopefully anyone who enjoys politics, thrillers, romps, secrets, or conspiracies will enjoy the book.

People can think of politics as very dry. The reality is very different.

My exposure to key figures and events means I have been able to place these fictional characters in the political world in a way that should excite the reader and show them that politics is far from boring!

It is also worth noting that politics is still often dominated by men.  Times are changing but it’s always good to have a strong female lead.  Women are striving and succeeding within the political environment, and that everyone should be accountable to the same rules no matter who they are or what part of society they might represent!

It would be great for more people to read the book and get behind the story and the characters in the book.  In addition, if it meant anyone got involved or was more interested in politics because of it, that would be brilliant.

I am writing a second book at the moment which will focus on the next part of the journey for the key characters we have met.  After all, there is always a new chapter in politics. Nothing ever stays the same and you can’t write anything or anyone off!

I have been involved in politics since the age of 18. I was on the National Executive of NUS Wales, have worked in Parliament, been a local borough councillor and a parliamentary candidate.

I now run a public affairs agency that works to ensure that all organisations can have a full understanding of the political process and can participate in ensuring the laws of the land are the best they can be.

Can You Buy Party Games Now?

It is available on Amazon