Of Politics and Pandemics by Maxim D. Shrayer 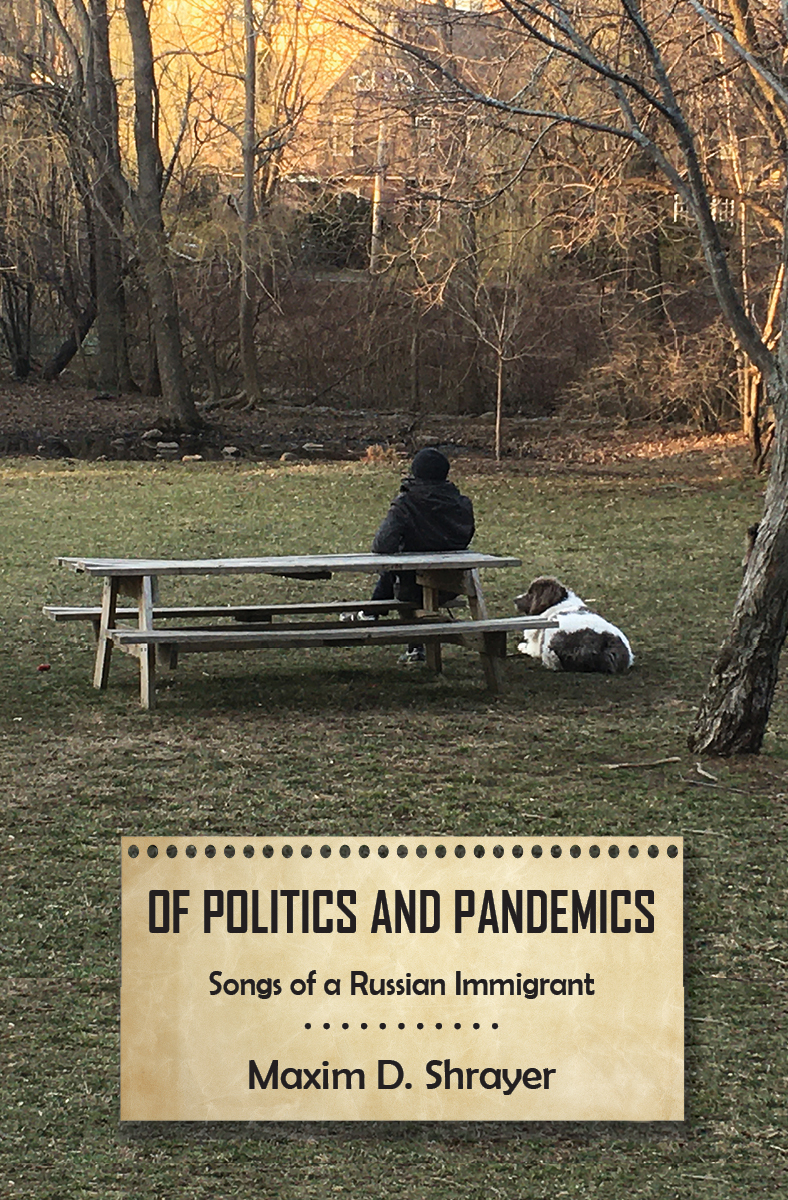 Between December 2019 and May 2020 I composed a series of English-language poems about the election year politics and the COVID-19 pandemic. Why was I suddenly moved to write topical verse and to do so in English—my second language? The explanation is simpler in existential terms and more tangled along cultural lines, and I’m grateful to the Authors’ Lounge for giving me a chance to elaborate.

At the end of 2019 I experienced a surge of political hopelessness—mainly in response to the failed presidential impeachment and the lackluster performance of then the Democratic presidential candidates. I abhorred then the sitting president (named “the Trump” in my book) and lamented what had become of the Republican party of Reagan and elder Bush. Since coming to America as a political refugee from the former USSR in 1987, I had shared much of the Democratic party’s traditional liberal values. And yet, as a Jewish-Russian immigrant, a survivor of a totalitarian regime, I feared not only the growing right-wing retrenchment but also the increasing left-wing tilt in the Democratic party, a tilt betokened by Bernie Sanders and Alexandria Ocasio-Cortez. A gripping sense of despondency and angst found a spontaneous expression in English-language satirical verse:

The Democrats, my old fortress—

I’ll vote, of course, but who to vote for?

However, as my father and teacher, the writer David Shrayer-Petrov likes to say, “life made its own arrangements.” With COVID-19 holding us captive, by the end of March of 2020 I was writing about the pandemic:

The crown prince of death had crossed the Styx

and from the underworld returned to spread death faster

than doctors could invent a medical fix.

The Trump was useless. Congress dragged its feet.

And I forgot about politics.

As life retreated and turned inward under the yoke of the deadly virus, my poems became less satirical and more lyrical. By the summer of 2020 I had found myself with almost forty poems, set in Boston and on Cape Cod and chronicling the way politics and pandemics erode the fabric of our society. I named the new book Of Politics and Pandemics: Songs of a Russian Immigrant, and a Boston-based publisher agreed to release it as a paperback in time for the presidential election. An electronic edition has since appeared.

In composing these poems I needed the English-language voice of a Russian expatriate alter ego who could live astride two languages and cultures and fluidly transition from the satirical to the confessional mode. I don’t want to be coy and pretend that “A Russian Immigrant” and I don’t share a great deal. Central to the book is a reflection on that remarkably intensive experience of family love that so many of us lived—are still living—in isolation. While I would never go so far as to speak of the artistic beneficence of this pandemic, I also know that I wouldn’t have written the new book without having sheltered in place with my American-born wife and daughters.

In the poem titled “Warding Off Despair,” I mused:

And so what’s left? The pharmacy, the bank

the Russian store, take out: Japanese,

the park, the soccer field, the riverbank,

the puffy clouds, the sun, the ocean breeze…

I’m still alive. Not down on my knees.

Brought to life by extreme political and epidemiological circumstances, these English-language poems became my method of survival. It was also a way of proving to myself that poetry can offer a modicum of faith and even a small dose of relief. How can one write poetry today without harboring hope that these rimes shall lead one out of the labyrinth of political aggression, illness, and despair?

P.S. Soon after the election of Biden and Harris, I started a new collection, tentatively titled A Political Afterlife.

Maxim D. Shrayer is a Professor at Boston College and the author of fifteen books in English and Russian, among them Waiting for America: A Story of Immigration and A Russian Immigrant: Three Novellas. His works has been translated into nine languages. He lives in Brookline and South Chatham with his wife, Dr. Karen E. Lasser, and their daughters Mira and Tatiana.