How Do You Write A Fantasy Series? – SC Gowland 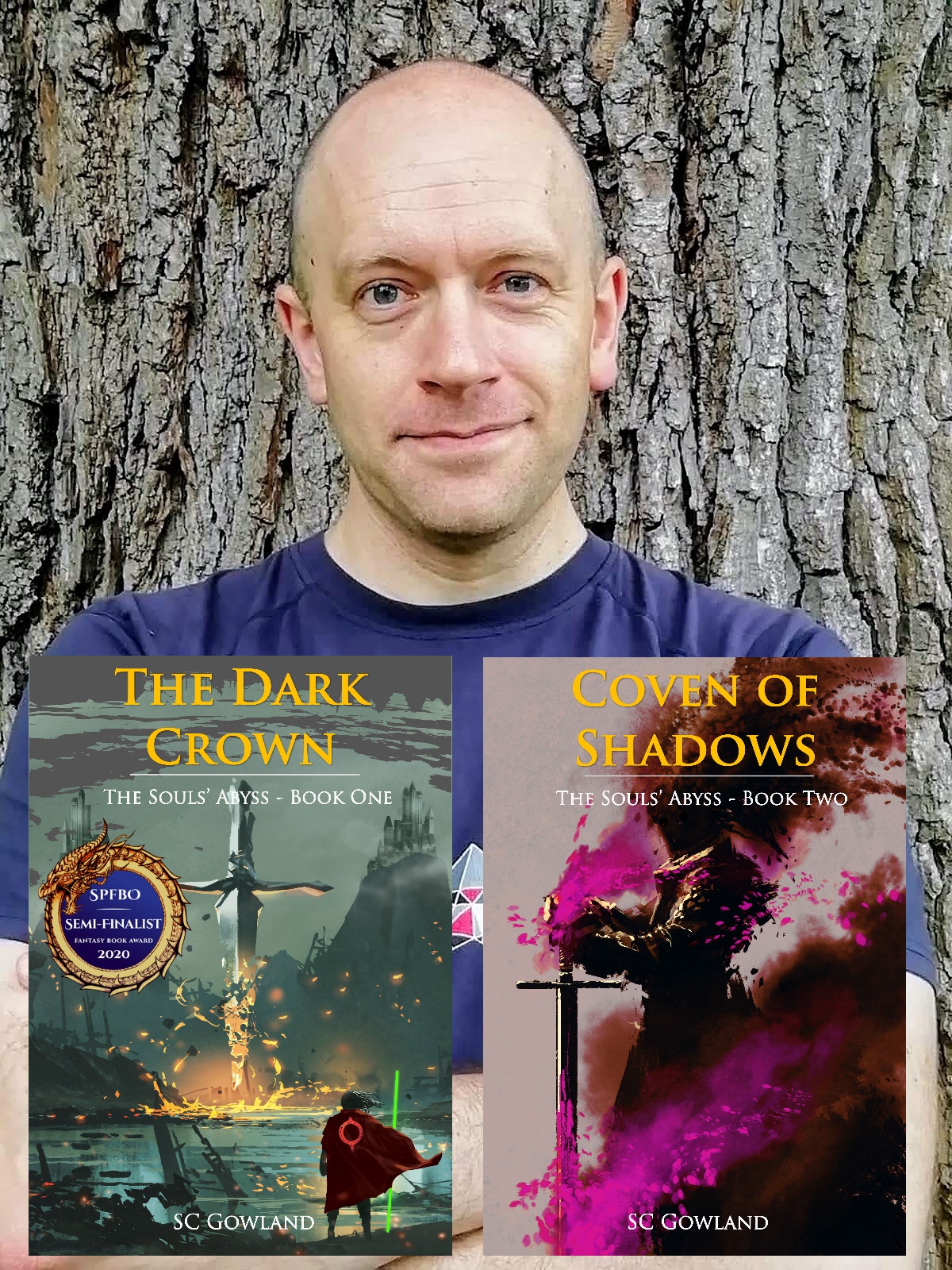 How do you write one fantasy novel, let alone a series?

I’ve learnt through a succession of incremental steps. And I’m going to tell you how I’ve done it. I’m approaching the end of book three of my Souls’ Abyss series and drawing it to a close has made me reflective.

I originally intended to write a book while in college, whilst immersed in the words and worlds of David Gemmell, David Eddings and Terry Pratchett. There is a notebook under my bed with the original character list – all based on friends I had at the time. It’s well over 25 years old now, but the beginnings of my writing journey undoubtedly started there.

I was obsessed with video games, films and television and they filled my mind with ideas and flights of fancy far beyond the home comforts of a small seaside town.

Then life got in the way – as it always does – and I stopped.

The potted history of the next quarter of a century goes something like this; university, work, love, marriage, and children, and that life continued until three years ago when an irresistible urge to write returned when I rediscovered my love of reading after a ghost story festival in Dublin. Things snowballed quickly after that, and I engrossed myself in the world of new authors – Joe Abercrombie, Patrick Rothfuss, Ed McDonald, and others.

I also read bad books, some terrible – I shall name none here – but they made me think I could do better and set out to do so.

All good things come in threes; stooges, films, and books – and as I took inspiration from The Bestseller Experiment and the reality that writing is hard, but you can do it (providing you put the time and effort in). My plans became more ambitious, growing from a single book to a trilogy, and then a series. A fantasy series about the challenges of family, the complexity of friends, what people do in impossible circumstances, all based on the premise of “what would you do?”

That is the heart of the Soul’s Abyss series, that imperfect people find themselves in situations and circumstances, and try to do what they think is right, all the while discovering that decisions have consequences despite their best intentions.

The Souls’ Abyss is the type of fantasy series I want to read; pacy, poignant, funny, awe inspiring, and gritty. I want a story that takes me on a journey to far-off lands and wonderful places, to meet characters and civilisations that I want to spend time with. Involving stories that twist and turn, make you scared, wince, shocked and joyous all in one book. In other words, a wonderful book where the pages turn and the story flows.

The first book, The Dark Crown covers the adventures of Kaoldan and his family – torn apart by war and loss – and the whisper of a returning enemy long thought lost. Can you save your family and the world all at once? Kaoldan does not know, but he must try.

Coven of Shadows – book two – introduces the viewpoint of another family on the opposite side of the conflict and their view of the land of Essealar. Kaoldan and his family continue to face challenges of their own as the world around them grows darker. They must risk everything to save what they hold most dear using guile, magic, and new friendships.

The last book of the opening trilogy – Darkness Falls – is out this November and concludes many strands of the current story, but also introduces a new enemy and further tests for Kaoldan and his family. It will also twist in ways that you will not expect. It’s taken me by surprise several times and I’m still writing it!

The audience for the Souls’ Abyss is anyone who loves great fantasy adventures, stories about family and gripping characters. If you love Lord of The Rings, Game of Thrones or the books of Joe Abercrombie, Mike Shackle….then this is for you. I continue to be inspired by elements of my childhood – Star Wars in particular – and more modern heroes like those in the Marvel universe. In total I have outlined seven books (with front covers already done) for the series, but it may go beyond.

So how do you write a fantasy series?

By letting your imagination run wild, by taking your inspiration from everything – both good and bad – by looking for the themes and the elements that excite you. Creating storyboards, character profiles, maps and outlines all get the creative juices flowing. Immerse yourself in a world that you like, which you find weird and wonderful all at the same time. Read technical books too – Stephen King’s “On Writing” is particularly good.

But mainly learn how to write by writing. I can guarantee you nothing except this, your book will not write itself. So if you want to write, write. Cut through the fake reasons you create; lack of time – a mere 200 words a day and you’ll have a book in a year, too expensive – pen and notepad, too hard – be fearless and try anyway, no-one will read it – well they won’t if you don’t write it.

Just don’t take it too seriously.

Write for your own entertainment, but just make sure you do it.

You’ll be amazed at what you can achieve if you just do it.