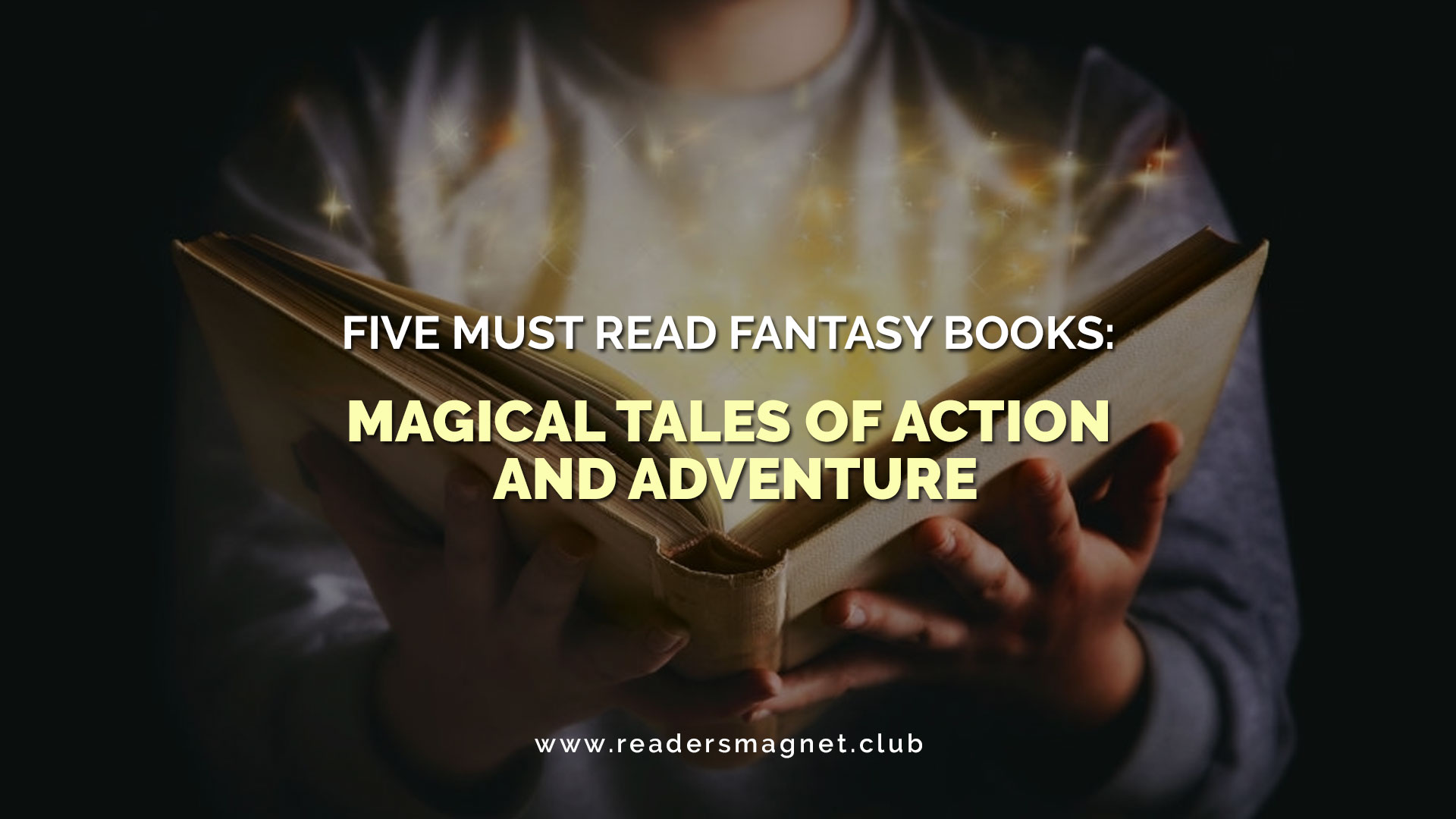 If you’re a new—or old—fantasy reader, you might be on a search for the top fantasy books to read this month. It makes sense to begin with the best novels if you’re starting out in this genre. Luckily, you found this post. ReadersMagnet presents our top five fantasy books that will spark your imagination and immerse you in the story. In putting together this list, we made sure to look at all, if not all, most of the fantasy books that tell magical tales of action and adventure. Below are good reads that are characterized by supernatural battles pitting good against evil, often waged by unlikely heroes. These will guarantee a highly immersive reading experience for a new reader, like you.

In a world without men, Jenna is a girl foretold to become a warrior by legend and possibly the reincarnate of the Great Alta Goddess. Three times orphaned, she was raised by the acolytes of the goddess Alta. At a young age, Jenna learned the ways of the warrior. But despite that, her greatest power may very well be her invisible twin, Skada, who only emerges in the dark. Joined by her dark sister, they make their way to dismantle the rebels and the evil Kalas. The Great Alta Saga is a genre-blending epic fantasy fronted by two amazing heroines you’ve never read before.

The Shadow of the Staff by M.A. Haddad

In a never-ending shift between peace and war, will war overrule peace in Hatu? Burton Brew, being the last Brew descendant to have carried the Great Staff of Power. Now, he is tasked to deliver a message from the Elf Lord Mindeloria to the Dwarf King Thuron. Along the way, he and his mentor make allies and are caught up in a crossfire. Will Brew discover something about himself? Will there be peace in Hatu? Or will evil win. Haddad’s book on Adventure of the Last Bastions depicts Brew as a reluctant hero who would rather be living a peaceable and comfortable life than developing his power.

Magic is dangerous, and so is love. Sixteen-year-old Tessa Gray did not know that when she goes to England, she’ll be caught in a terrifying world of vampires, warlocks, and other supernatural folks. All she wanted to do was look for her missing brother, but she’s descended to the dark supernatural underworld of London. She was friendless and hunted, but luckily she found asylum with the Shadowhunters of the London Institute. With her newfound friends and power, she vows to find her brother. Soon she was fighting against the lurking evil in the city. Clockwork Angel is the first book of the prequel trilogy of The Mortal Instruments series.

Songs of Earth and Power by Greg Bear

Michael Perrin is a poet who is transported from Los Angeles to the beautiful but brutal Realm of the Sidhedark after listening to an infamous magical concerto, The Song of Power. Michael now faces years of captivity and struggles for the future of both worlds. He must adapt quickly to this other realm in order to survive his new life and maybe save those he loves when the magical concerto weakens the boundary between the world of humans and faerie. Greg Bear weaves the power of music, poetry, and myth into a headlong narrative of epic fantasy.

For his twelve years of life, Eon has focused his attention on studying swords, sorcery, and dragons, all hoping to become an apprentice to one of the 12 dragon gods. But Eon has a dangerous secret. He is actually a girl, and his real name is Eona, a sixteen-year-old girl who has been masquerading as a boy. Why? Because females are forbidden to use Dragon Magic. If her true identity is discovered, she’ll be faced with death. When Eon’s secret threatens to come to light, she and her allies are put in danger. Now, Eon must find the strength and power to battle those who want to take her magic, maybe even save her life.