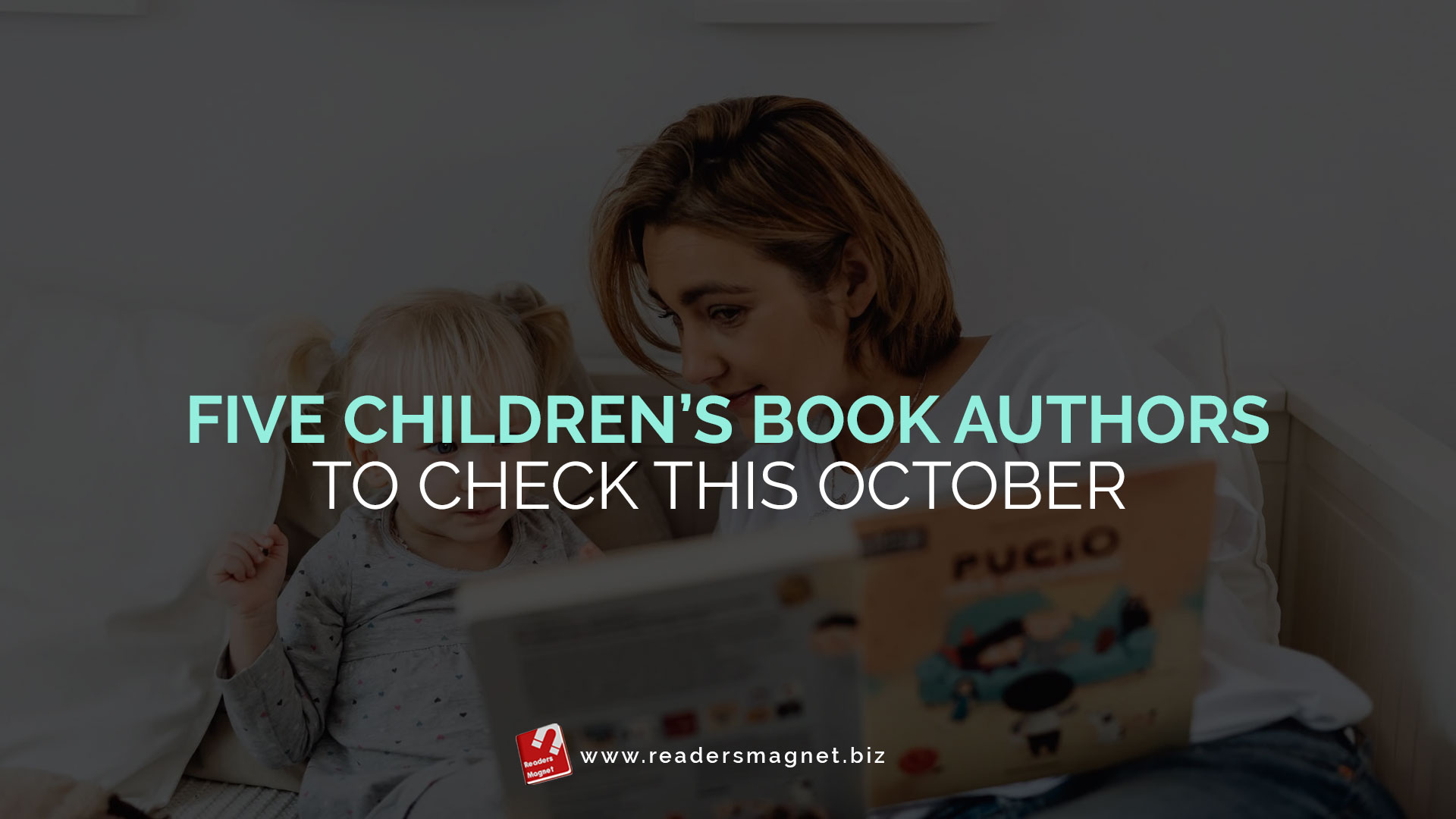 ReadersMagnet features these five amazing children’s book authors for the month of October.

Zillah Bethell was born in Papua New Guinea. She spent her childhood barefoot playing in the jungle and didn’t own a pair of shoes until she came to the UK when she was eight. Her latest book Shark Caller, is also set in Papua New Guinea. This children’s story is written for readers who are 8 to 12 years old, but the themes are mature and contain subtleties. Aside from the base story, which is about friendship, Shark Caller also discussed loss, revenge, and the question of balance between modern development and age-old traditions. The story is seen through the eyes of an orphan named Blue Wing. Kids who love reading about treasure hunts will love Zillah Bethell’s Shark Caller.

Ladybug Children’s Book by Caroleann Rice is one of the many children’s books we have featured in the past. However, the said book is just a part of the wonderful and exciting world of Caroleann Rice’s fantasy land inhabited by Solomon the Snail and many other animals. Aside from The Ladybug and the Bully Frog, Caroleann Rice also wrote and published The Song of Solomon the Snail, and Solomon Snail Goes to the Beach. In particular, The Ladybug and the Bully Frog tells the story of the mean bully frog Milton whom the rest of the animals dislike because he is so mean. One day while the animals are playing in the pond, he arrives and causes a scene. All the animals agree that they must summon Solomon the wise. But to do that, they must enlist the help of a ladybug named Dot

Lisa Harvey-smith is a British-Australian astrophysicist. She is also a Professor of Practice in Science Communication at the University of NSW. So it makes perfect sense that her book is all about astronomy and space travel. Last year, Lisa Harvey-Smith published Under the Stars: Astrophysics for Everyone. The book is for 8 to 12 years old, and it covers several interesting topics about space and astronomy. Written in a non-fiction narrative but with all the elements of a remarkable children’s illustration book, Under the Stars is a great read. Entertaining and educational, Lisa Harvey-Smith has done a splendid job explaining some of the basic ideas about astronomy and the study of heavenly bodies.

Aina Bestard is a designer and illustrator from Mallorca. She has released a number of children’s books, such as What’s Hidden in the Woods?, What’s Hidden in the Sea?, What’s Hidden in the Body? and Amazing Animal Babies. Her most recent work is the book How Life Began On Earth? It is a non-fiction tale about the evolution of life on earth, covering the time of fossils and dinosaurs to our first ancestors. The book is divided into time periods providing a general overview of what was in that specific timeline. Bestard’s latest work is a comprehensive book for children about prehistory and is not limited to dinosaurs. The visuals depict many lost landscapes and fascinating extinct creatures and pay tribute to 19th-century scientific engravings.

Jeanne Willis is an English author based in London, England. She is the author of several children’s books, including The Monster Bed, Dr. Xargle’s Book of series, and Shamanka. One of her remarkable works is entitled, Hom. Home is a children’s book for ages 3 to six years old but with serious undertones. Home features the story of a boy who survived a shipwreck and ended up on an island. The boy shares the island with a strange creature called Hom. The two begin to bond and discover many things from one another. They also realize that they are alone on the island and must work together to survive. Hom is a classic tale about friendship but features refreshing and surprising themes.