Five Books That Talk About The Existence of One God 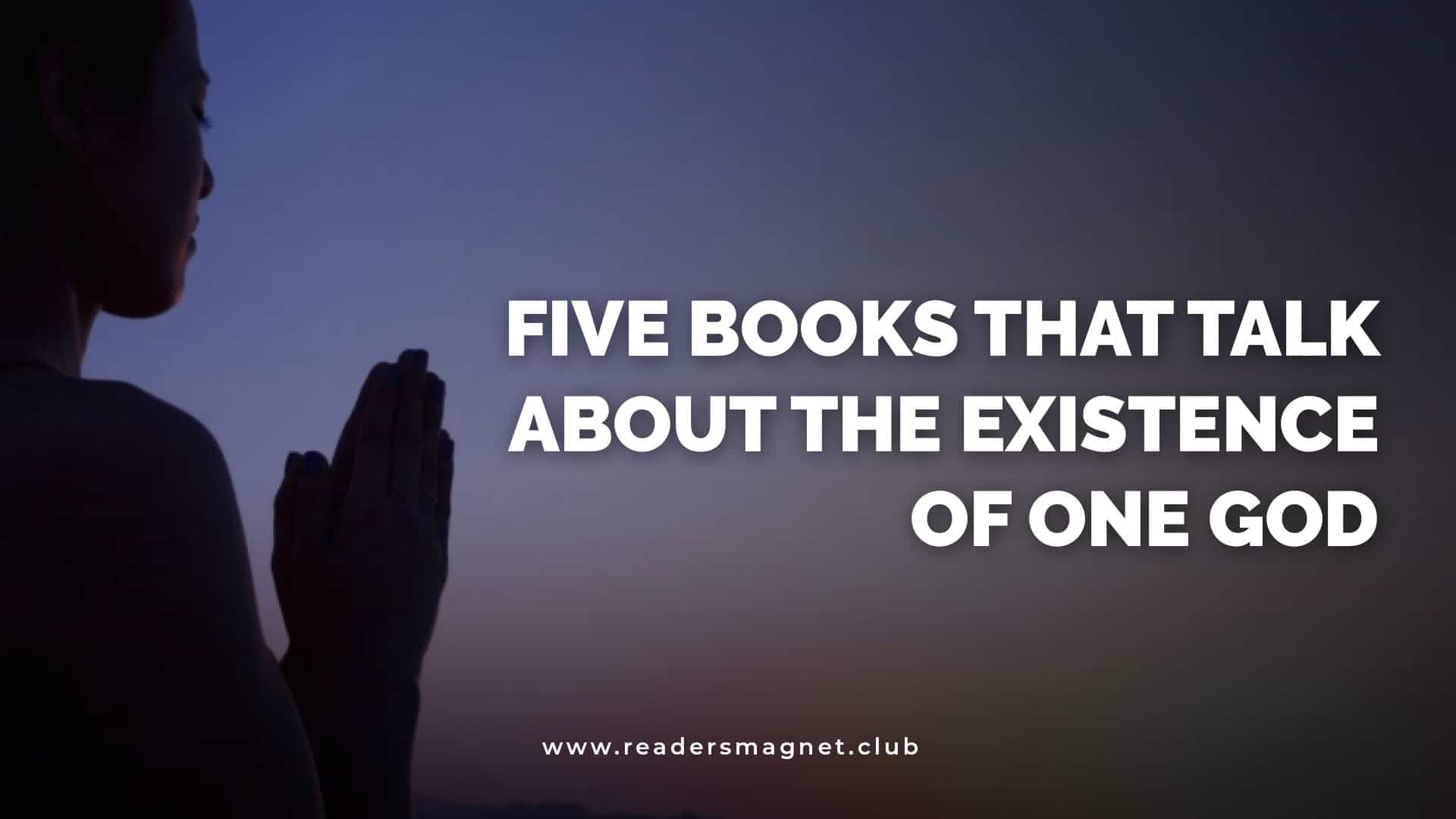 ReadersMagnet presents these five remarkable books that talk about the existence of One God.

The Evolution of God by Robert Wright

First on the list is a comprehensive work on monotheism by Robert Wright. Published in 2009, The Evolution of God covers the three major religions of the world- Judaism, Christianity, and Islam. All three Abrahamic religions claim that there is only one God. In his book, Wright takes us to the history of these institutions of faith using archaeology, theology, biology, and even evolutionary psychology. Although the main feature of the book is the background of each monotheistic religion, Wright also takes time to reconcile science and religion, which is also an interesting point of discussion with talking about one God’s existence. The Evolution of God remains a relevant read today as it was a decade ago.

From Science to Spirituality by Neil Griffen

Published ten years ago, Neil Griffen’s compelling book about the relationship of science and spirituality has changed many readers’ perceptions about science, God, faith, and even religion. From Science to Religion covers both a personal journey and scientific research. In this revolutionary work, Griffen uses scientific ideas to discuss and provide insights on some of today’s controversial issues, including the existence of one God. One of the many remarkable highlights of Neil Griffen’s books is marrying science and religion as two fundamental forces in acquiring deeper knowledge about life, and at the same time living a more meaningful understanding about faith, God, and the spiritual journey. From Science to Spirituality is a must-read book for those who love to merge science and spirituality.

Many Religions, One God by Carol R. Murphy

Carol R. Murphy was a writer and editor who devoted her time to the study of religious philosophy and pastoral psychology. In 1966, she published the booklet Many Religions, One God: Toward a Deeper Dialogue. While it is meant to be a comparative study of religions, Murphy’s book also discussed many of the issues about faith, skepticism, controversies surrounding various belief systems. Among Murphy’s classic work highlights are the questions ‘Do the great religions mean different things when they use the same words, or do they mean the same things in their different words?’, do we pursue one world religion? Or is there a best religion among the many that we see today?

One God, One Message by P.D. Bramsen

Originally published in April 2007, P.D. Bramsen’s One God, One Message is a rich and enlightening book that tackles the Bible and its vast knowledge and Bramsen’s own experience spending years in an Islam nation. The book draws inspiration from his conversations, interactions, and encounters with Muslim friends and the Islam community where he spent some time. It features the Islamic worldview and offers many insights via the book’s 150 questions and chapter by chapter discussion guides. One God, One Message is a recommended read for those who want to self-reflect and also get to know more about the world’s two leading worldviews.

A History of God by Karen Armstrong

Karen Armstrong is one of the prominent commentators on religious affairs. She has published numerous books on religious affairs. She is the United Nations Ambassador for the Alliance of Civilizations. In 1993, she published the book A History of God. In the book, Armstrong details the history of three of the world’s leading monotheistic religions- Islam, Christianity, and Judaism. One of Karen Armstrong’s book’s main highlights is tracing all three belief systems to their ancient roots in the Middle East up to the modern-day. A History of God is not only a religious-affairs book, but it is also a historical work that enlightens many of the long-standing issues about the origins of the world’s leading religions (who happened to one common historical figure- the prophet Abraham).