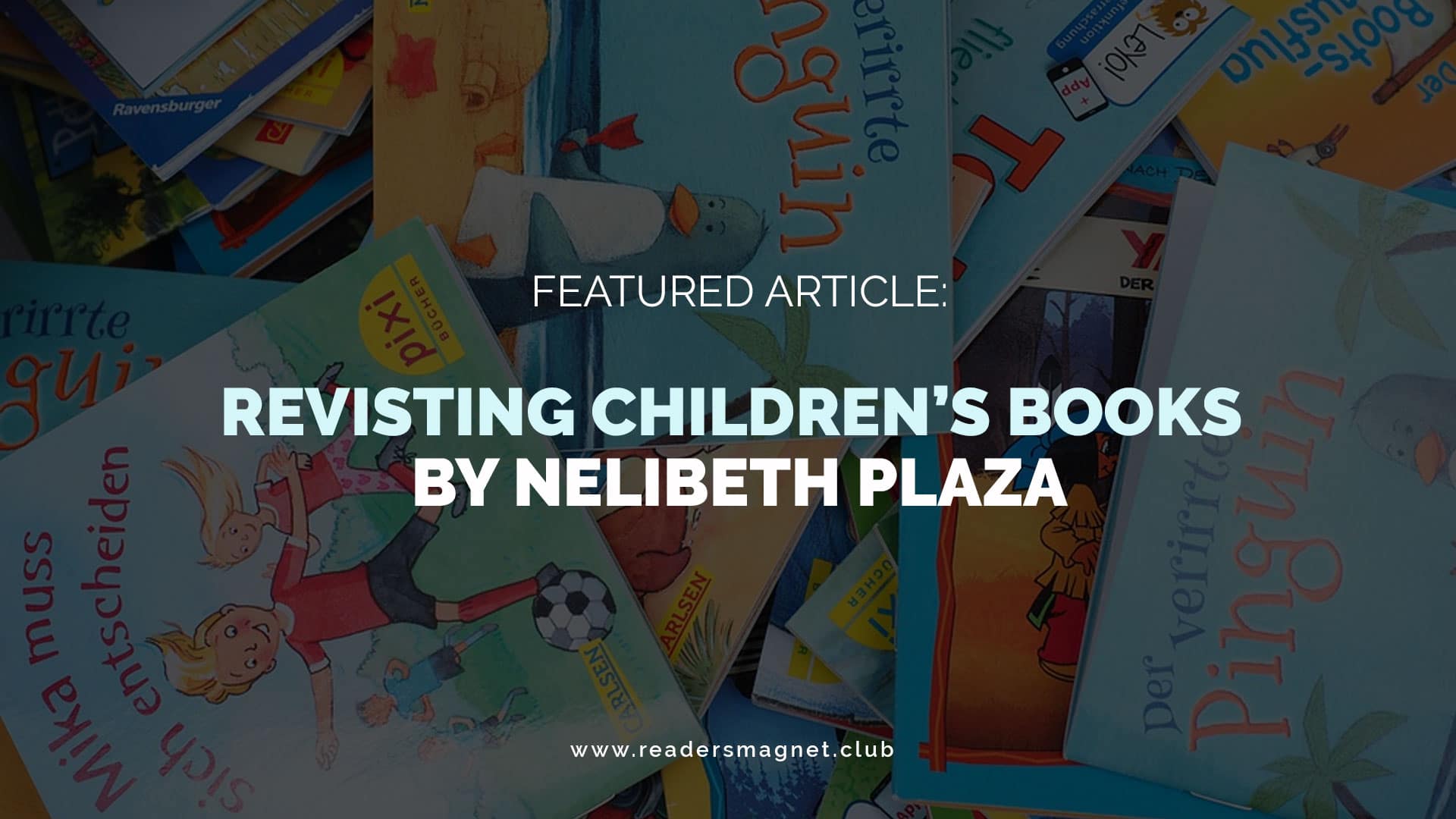 Nelibeth Plaza is one of the many children’s book authors featured on our websites, especially here in Author’s Lounge. For almost two years now, we have worked with Nelibeth Plaza to promote her works and other book activities, including the recently held The Festival of Authors. Today, we will look back at her background and the literary milestones she has achieved over the years.

Nelibeth Plaza is a former teacher, assistant principal, and children’s book author. Although she published her books just after her retirement, Nelibeth Plaza’s interest in writing started early. In fact, as a child, she constantly dreamed of writing and publishing her books someday. But life had other plans, and Nelibeth got married and became a mother at quite a young age. She was only eighteen years old when she became a mother. Nelibeth became preoccupied with taking care of the family. At age twenty-seven, she had to raise her children all by herself after her marriage failed. Divorced, Nelibeth supported herself and her two daughters, Rebekkah and Elizabeth. They were ten and six years old, respectively, at the time. Before she built her career in education, Nelibeth had to as a waitress while pursuing higher education.

After years of working and studying, Nelibeth Plaza got her degree from Brooklyn College. She then began to work as an elementary school teacher and went on to slowly build her career. She eventually became an assistant principal. Nelibeth taught Writing Workshop and was one of her favorite subjects. She was very passionate as a teacher that she encouraged her students to produce their own creative stories. It was something that she loved doing when she was a kid. She would then invite parents into the classroom so they could proudly listen to their children take turns sitting on the author’s chair, reading their hard-covered published book out loud.

In 2019, Nelibeth Plaza officially retired after twenty-seven years of committed service in the Department of Education. For almost three decades, Nelibeth has helped shaped bright futures for many students.

Prior to her retirement, Nelibeth already eyed on rekindling her passion for writing. In 2015, she had an accident that required her to be confined in a wheelchair and undergo physical therapy. Going home one day after a therapy session, she and daughter Elizabeth stumbled upon an old family photo album featuring a photograph of their old family rocking chair. The said rocking chair, made of oak, has been in the family for around half a century. Nelibeth then mused that if the chair could speak, it would tell many heartwarming family stories. So in 2018, Nelibeth published her debut book, The Red Oak Rocking Chair. The book is a collection of memories and family moments, especially of her granddaughter Mya and their experiences with the rocking chair throughout the years.

In 2020, Nelibeth Plaza released her second book, Is It Santa? The story is based on a story by a colleague. Is It Santa is a heartwarming children’s Christmas story. One highlight is Santa’s unbelievable scene in Nelibeth’s book that will surely make readers laugh and enjoy. The book also features Nelibeth’s grandchildren. A sequel is currently in the works.

Aside from enjoying her retirement, Nelibeth Plaza also spends her time promoting her books. She recently participated in ReadersMagnet’s first-ever virtual book fair, The Festival of Storytellers (TFOS 2021). Her book, Is It Santa? is currently among the nominees for Best Independent Book – Fiction and Best Independent Book – International Distribution of The Storyteller’s Quill Awards (TFOS Season One)