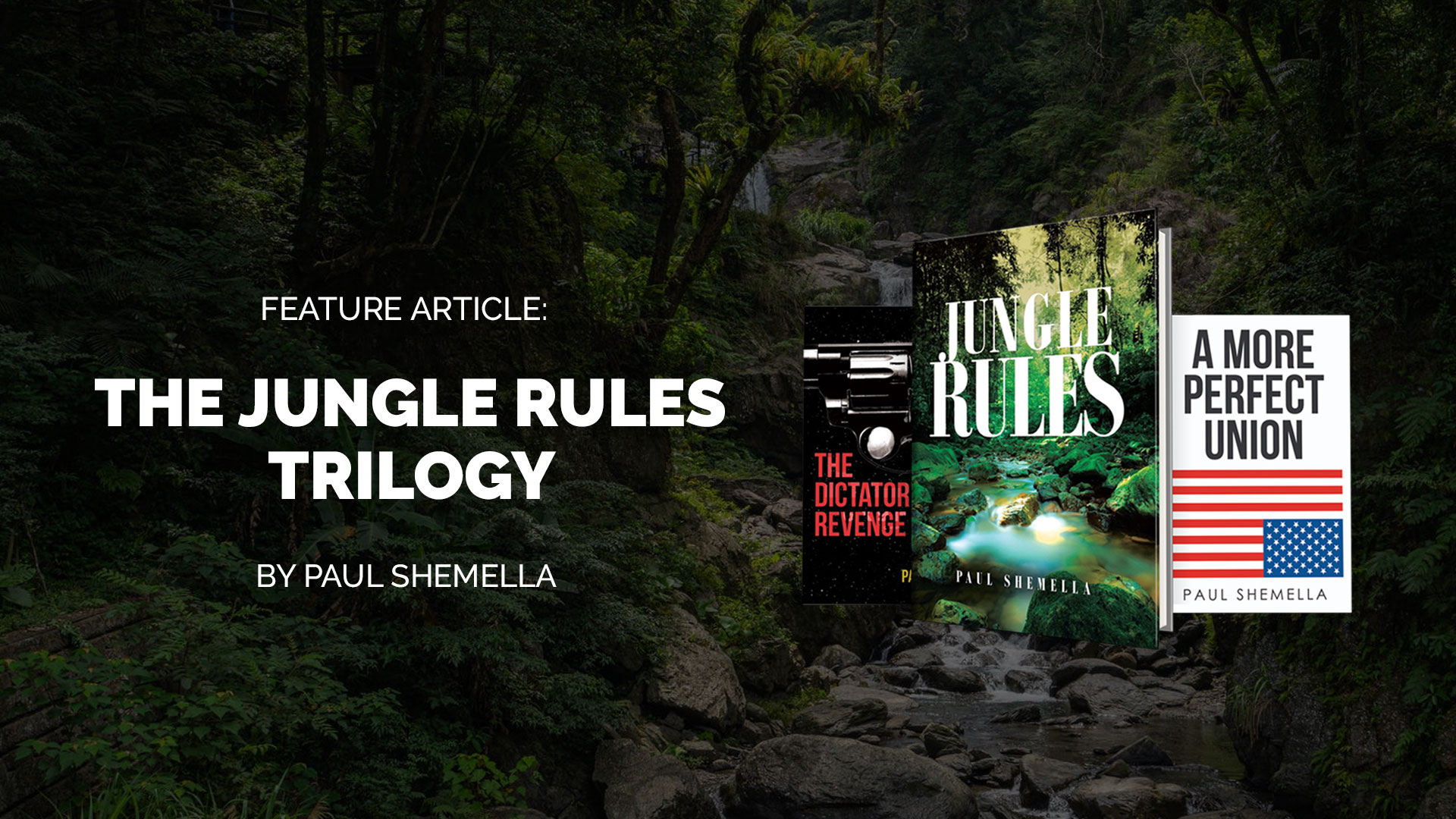 The rise of action-thrillers has been very evident these last two decades. Works from renowned novelists like Lee Child, David Baldacci, and Jack Carr have all gained critical and commercial successes over the years. Today, we will feature the works of Paul Shemella. Shemella is a retired Captain of the United States Navy. He is a career Navy SEAL and a longtime lecturer on terrorism, civil-military relations, and maritime security. He is the author of the book series, The Jungle Rules Trilogy, which follows the exploits of a mercenary named Carl Malinowski. The Jungle Rules Trilogy is a collection of remarkable military-adventure thrillers that is worth checking out.

The Jungles Rules is the first book of the Malinowski narrative arc. Here, Shemella introduces to the readers his hero, whose life and journey will affect the events of all three books in different scenarios. The Jungles Rules can actually be a standout novel as well. The book tells the journey of an elite team of soldiers headed by Carl Malinowski. Carl is a mercenary who is currently in a mid-life crisis after his recent mission in Colombia. He entertains thoughts of leaving his violent life behind to be with his one and only love, Gabriele. But before Carl can ride off to the sunset, his latest mission has come back to haunt him. Together with his team and Gabrielle, Carl must face the wrath of a vengeful drug cartel and his own government who wants to dispose of Carl and his band of mercenaries. The Jungle Rules is one of Paul Shemella’s most notable works of fiction.

After his retirement, Carl Malinowski and Gabrielle abandoned their old lives and began anew somewhere on a small island in Southwest Florida. Living a simple and serene life but with instincts still sharp, Carl works as a fishing guide for tourists. Their peaceful life ends the moment Carl and Gabrielle decided to visit Washington. While touring the Air and Space Museum, Carl discovered a bomb and tried to take it as far away from the public as possible. The bomb exploded just before Carl could throw it on an excavation pit, killing the former mercenary. To prevent further attacks and to give justice to Carl’s untimely death, the FBI goes on a mission to hunt them down. Gabrielle decides to work with the FBI and Carl’s best friend and former SEAL teammate, Jerry. Together they must infiltrate a local right-wing white nationalist militia and prevent them from executing a plan to kill a million people in California.

Paul Shemella’s most recent installment of the Jungle Rules Trilogy is a prequel. A Dictator’s Revenge is an upcoming action-thriller that will take readers to the early days of Carl Malinowski, back when he was still an active Navy SEAL. The book centers on four highly skilled and effective soldiers of the Navy SEAL. The team is composed of Malinowski, Jerry (the hero from the second book, A More Perfect Union), Jose, and Billy Joe. When a Panamanian Canal pilot is kidnapped, Carl and his three most trusted teammates embark on a perilous mission to rescue the prisoner via ransom. Unknown to them, the kidnapping is just a small part of an elaborate plan designed by one man who seeks revenge against the Panamanian government. The plan actually involves destroying the Canal and crippling the country’s economy. A Dictator’s Revenge is a high-octane thriller that will reveal why Carl Malinowski and his team are among the best when it comes to chasing and neutralizing threats.

Paul Shemella’s The Jungle Rules Trilogy is unlike any other action-thriller series. It features well-written characters as only a former Navy SEAL can create and a realistic and relevant plot even in today’s society.