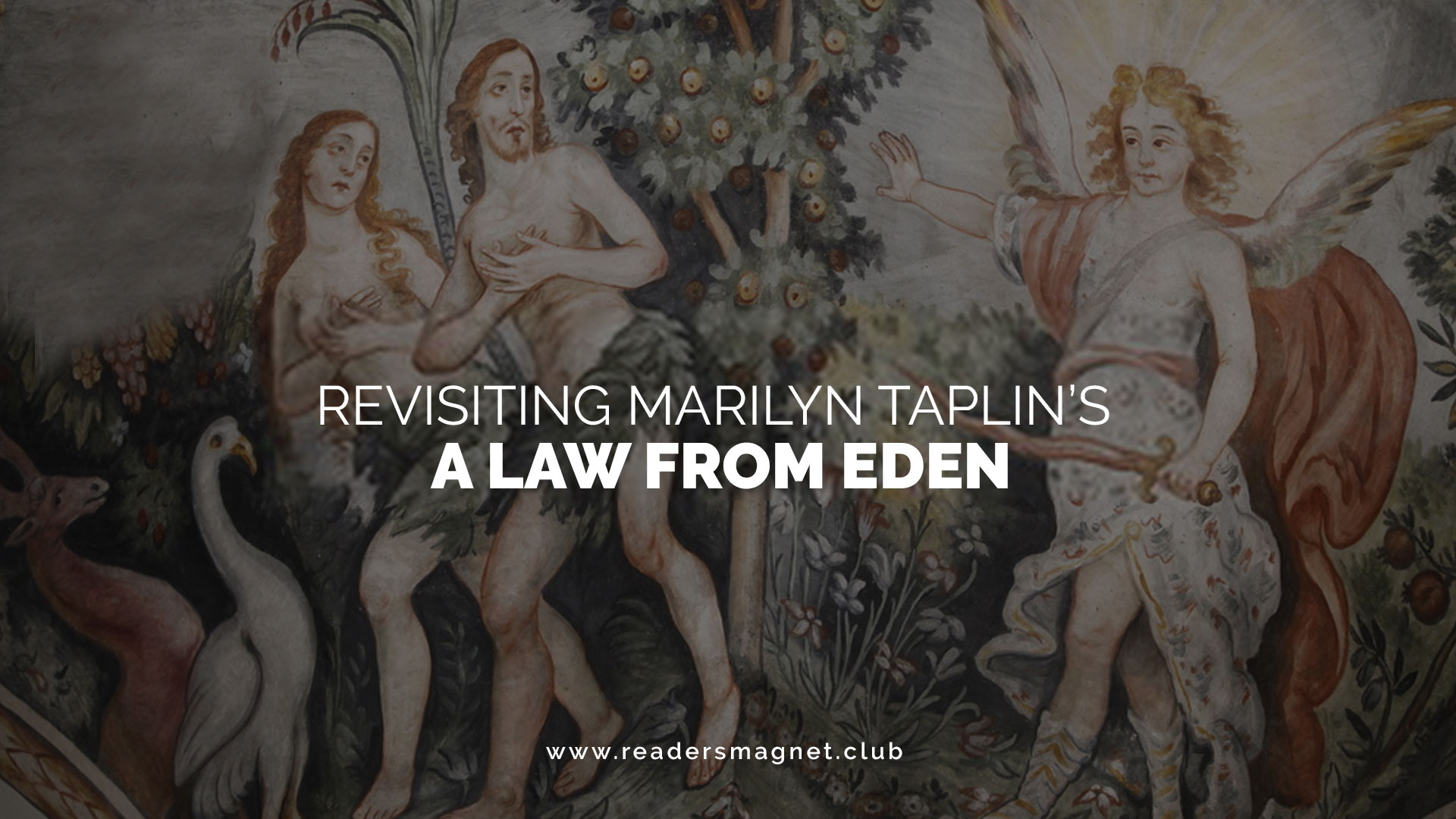 Published in 2017, A Law from Eden: Solving the Mystery of Original Sin by Marilyn Taplin has since enlightened many souls on several issues concerning us as Christians and modern citizens of society. Discussions by Marylin Taplin on The Original Sin in Eden has done a superb job dissecting many discussion areas, including defining the original sin, reintroducing readers to Sodom and Gomorrah, and how their fate has something to do with us. The book also gives a unique take on familiar issues such as the war between good and evil, the Last Days, Judgement Day, the New Covenant, and the Old Jerusalem. Another thing that Marilyn Taplin and her book provide is a re-education of the doctrines and the Ten Commandments. Now more than ever, there is a need for modern society to look back, reflect, and repent by taking time to relearn the Bible and what God say’s about specific issues such as sin, sex, and sexuality.

“Are you a wise person or a foolish person? The knowledge of the first sin is required before an answer can be given. Are you alive or dead? Again, without a definition of that first rebellious act, you do not have enough information to answer that question. Do you stand with God or with Satan? ­The sin in Eden is what makes the difference, and you do not know what it is. Do you bear the mark of the beast? At this time, you do not know. It takes knowledge of what was, always has been, and what still is that first and original sin before you can place your name on one list or the other.”

A Law from Eden is a unique Christian book because of how Marilyn Taplin defines the Original Sin. For the good author, the Original Sin is not seeking knowledge or arrogance, nor simply heeding to temptation. Original Sin is surprisingly common and, in modern times, managed to thrive in almost every civilization. According to Taplin, it is even safe to say that majority of the world’s population has committed the said Original Sin.
“What was the sin in Eden? Adam and Eve both committed an act of oral sex, one to please the other; Eve first, and then Adam. It is a sin for every person who commits it, without exception. It is a sin for a man and his wife, sin for a male and a female who are not married to each other, sin for two women, and sin for two men. It was, always has been, and still is sin, the basic, root misconduct that is the source of all earth’s problems. All the wrongs of the past, all the social ills and sorrows we are experiencing on this earth today and will continue to experience, are a result of the first sin— oral sex.”

Marilyn Taplin breaks the long-standing misconception that the Original Sin is seeking wisdom, disobedience, or free will. She supports her claim with multitudes of discussions and arguments, thus making A Law from Eden a formidable book on Original Sin. While the issue of homosexuality, fornication, and oral sex requires extensive and historical research, Marilyn Taplin’s A Law from Eden: Solving the Mystery of Original Sin provides a comprehensive guide in understanding these interconnecting issues. It is therefore essential that we read and examine the book with open minds and opens hearts. A Law from Eden is a remarkable book that all Christians of today must read.