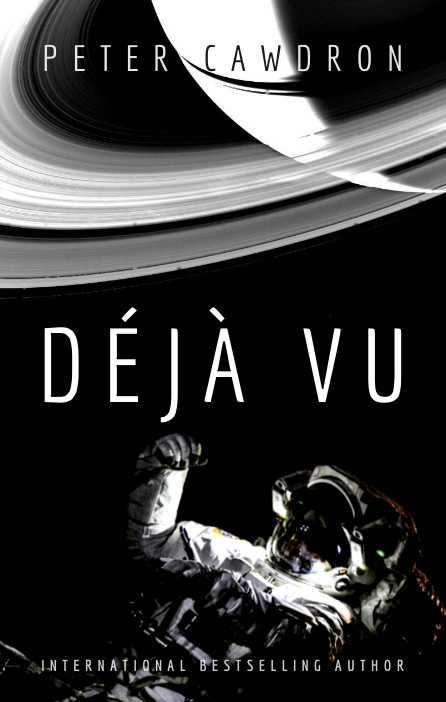 Firstly, my thanks go to The Reader’s Magnet for inviting me to be part of the Author’s Lounge.

Have you ever been somewhere and you could swear you’ve been there before? That’s Déjà Vu.

Rather than following the classic Groundhog-Day format, my novel Déjà Vu is a tribute to H.G. Wells’ The Time Machine. But instead of a time machine, our protagonist, Jess, finds herself looping through various moments as she journeys across a quarter of a million years! How is left to the story to explain.

Without giving away spoilers, the underlying premise is that we have a poor appreciation of how time unfolds. Life has existed on Earth for billions of years. Complex life has flourished for five hundred million years. Homo sapiens arose as a hominid species roughly five hundred thousand years ago. But from our perspective, human civilization is barely five thousand years old. That’s 1% of the time humans have existed and 0.001% of the time since animals first arose during the Cambrian Explosion. In short, we arrived late at the party.

Now consider modern life. The Industrial Revolution took place barely 250 years ago. That’s the blink of an eye when it comes to our evolutionary history. The Space Race and Internet are a heartbeat away. But from our perspective, they’re all-pervasive. It’s hard to imagine a time other than now.

All of this raises the question—what is to come? How will this advanced ape species we call humanity thrive among the stars? How long will it take to get out there? What will we find?

What will people in the future think looking back at us? What would someone from our age think of the far future? These are the questions H.G. Wells sought to understand a hundred years ago when he wrote The Time Machine. In the same way, my novel Déjà Vu looks to understand what deep time looks like from 2021. Rather than trying to understand the next century, it asks, what would someone from our age experience if they were thrust thousands of years ahead of us? What would they see two hundred and fifty thousand years from now?

Fiction is, of course, make-believe, but it frees our imagination. Déjà Vu is based on actual science, so the novel is roughly plausible. All stories are ultimately about us—our hopes, our dreams, our desire to venture into the unknown. They’re a chance for us to consider, “Is that how I’d react if it was me?”

I was born and raised in Auckland, New Zealand, but I now live in Brisbane, Australia with my wife. I started writing science fiction because I was inspired by writers like Jules Verne, H.G. Wells, Arthur C. Clarke and Philip K. Dick to see the world in a new light.

Our world is built upon the scientific discoveries of the past couple of hundred years. Without them, we’d still be treating battlefield injuries with urine and the bile of a wild boar. I keep my stories science-positive. We need to learn to be critical of how politics and commerce seek to distort science for their own advantage. Science is a tool. Nothing more. Nothing less. It’s up to us how we used it.

Over the past decade, I’ve written almost fifty novels, novellas, and short stories. My First Contact series contains 17 novels (which I’m looking to expand to 25). The nice thing about the series is you don’t have to read everything or read the stories in order. As the subject is First Contact, they’re ALL technically first. Think of this series like The Twilight Zone or Black Mirror, where a common theme is explored rather than common characters.